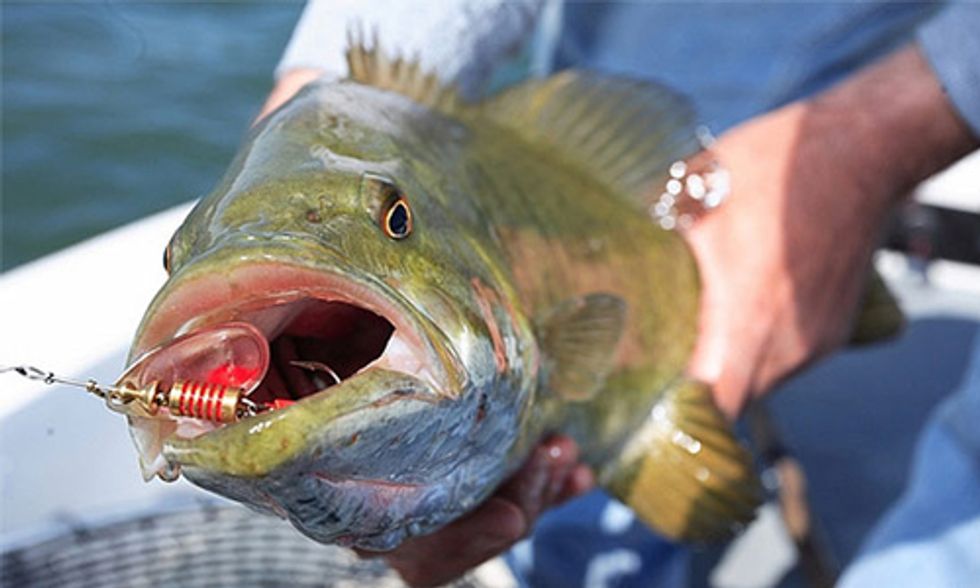 A study led by the U.S. Geological Service (USGS) finds intersex fish in three watersheds of Pennsylvania and shows strong connections between these occurrences and increased pollution in waterways from endocrine-disrupting chemicals.

In fish and humans, endocrine disrupting effects include direct effects on traditional endocrine glands, their hormones and receptors such as estrogens, anti-androgens and thyroid hormones. Photo credit: RTD Photography/Flickr

The study, Reproductive Health Indicators of Fish from Pennsylvania Watersheds: Associations with Chemicals of Emerging Concern, examined three species of fish in three separate watersheds of Pennsylvania to assess whether characteristics caused by hormones and hormone-mimicking compounds, such as immature eggs in male fish, were present. In aquatic environments, the presence of these intersex characteristics is widely used as a biomarker for assessing exposure to estrogenic chemicals, as well as anti-androgenic chemicals which inhibit development of male characteristics.

Male smallmouth bass from all sites sampled had immature eggs in their testes; prevalence was lowest in the Ohio drainage, intermediate in the Delaware and highest in the Susquehanna. While these findings were disturbing in and of themselves, the study was also able to draw a connection to the increased presence of intersex characteristics and areas of high agricultural use.

“The prevalence and severity of the immature eggs in smallmouth bass corresponded with the percent of agricultural land use in the watershed above the collection sites,” said Vicki Blazer, PhD, a research fish biologist and lead author of the study. “Chemical compounds associated with estrogenic endocrine disruption, in particular estrone, a natural estrogen, were also associated with the extent and severity of these effects in bass.”

Microscopic appearance of testicular tissue in smallmouth bass and sucker species collected at the Susquehanna and Ohio drainages in 2007-2008. Image credit: Reproductive Health Indicators of Fish from Pennsylvania Watersheds

“The sources of estrogenic chemicals are most likely complex mixtures from both agricultural sources, such as animal wastes, pesticides and herbicides, and human sources from wastewater treatment plant effluent and other sewage discharges,” said Dr. Blazer.

Endocrine Disruption and Agriculture: Not Only a Problem for Fish

If you are wondering why such a strong correlation could be drawn between agricultural use and water contaminated by endocrine-disrupting chemicals, then one need only look to the nation’s environmental law responsible for water pollution control and the chemical-intensive practices common to most conventional forms of agriculture. Under the Clean Water Act (CWA), agriculture is exempt from most water pollution standards and permitting requirements—even when it comes to pesticides. This leaves one of the largest sources of all kinds of pollutants completely unfettered and free to pollute, significantly contributing to everything from algal blooms and dead zones to intersex fish and pesticide contamination.

In fish and humans, endocrine disrupting effects include direct effects on traditional endocrine glands, their hormones and receptors such as estrogens, anti-androgens and thyroid hormones, as well as signaling cascades that affect many of the body’s systems, including reproductive function and fetal development, the nervous system and behavior, the immune and metabolic systems, the liver, bones and many other organs, glands and tissues. Hundreds of scientific articles have been published across the globe demonstrating how a broad selection of chemicals can interfere with the normal development at all ranges of exposure. Scientists discovered effects for some widely used chemicals at concentrations thousands of times less than federal “safe” levels of exposure derived through traditional toxicological tests. Whatever the exposure level, neither fish nor human are protected from most endocrine-disrupting chemicals present in our waterways.