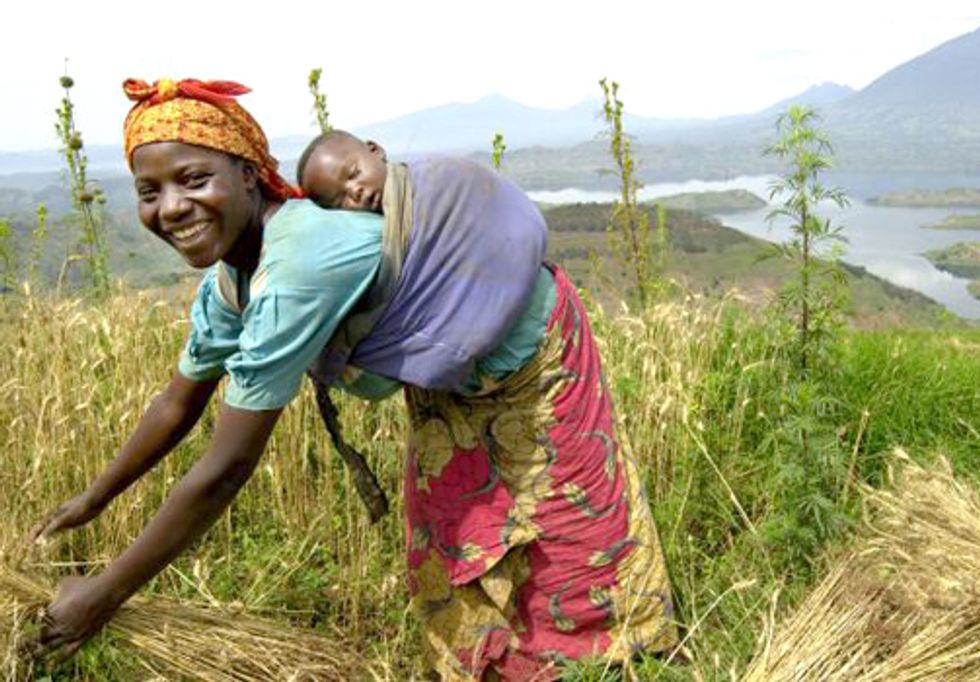 Women have proven to be a powerful force in the fight against global hunger and poverty, especially in agriculture. Worldwide roughly 1.6 billion women rely on farming for their livelihoods, and female farmers produce more than half of the world’s food. In sub-Saharan Africa alone, women account for 75 percent of all the agricultural producers. Today we observe International Women’s Day, a global celebration and recognition of women’s achievements.

Women farmers face a variety of obstacles, including a lack of access to information technology, agricultural training, financial services, and support networks like co-operatives or trade unions. Without these services, women cannot develop resilience to political, economic, social, or environmental upheaval, and they remain dependent on their male family members.

The good news is that women worldwide are developing and utilizing agricultural innovations to sustainably nourish their families and communities. Today we celebrate 12 innovations that are helping women get access to credit, improve their incomes, feed their families, introduce sustainable crops to markets, and reduce rural poverty:

Although these innovations inevitably help men as well as women, it is important that policymakers, scientists, farmers’ groups, and the funding and donor communities focus on ensuring that these women harness the power of these innovations so we can create a more equitable and nourished planet.