International Migratory Bird Day: Celebrate Some of Our Most Iconic Wildlife 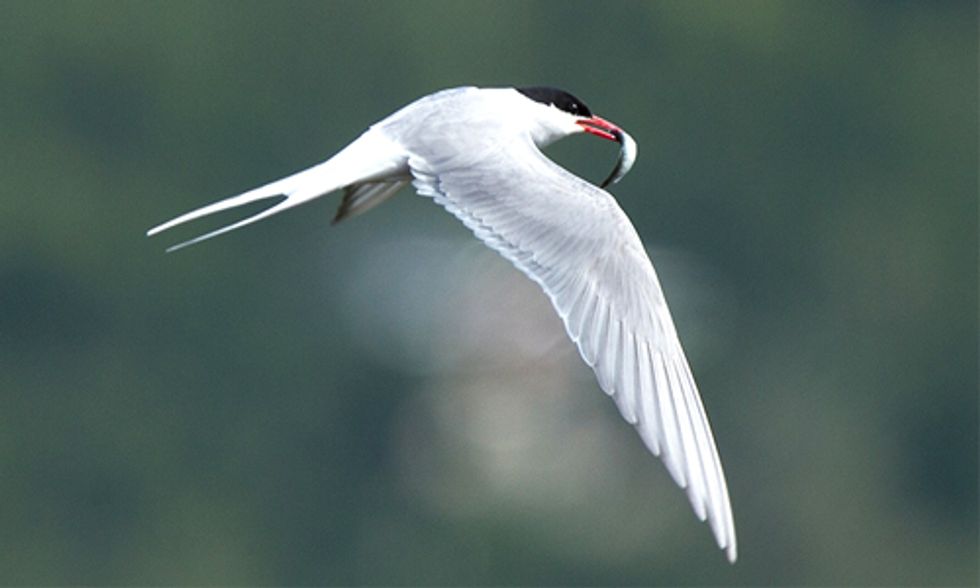 By Richard Spener and Toni Armstrong

May 14 is International Migratory Bird Day, a chance to celebrate some of our most amazing and iconic birds and a reminder of the need to preserve the habitat that is critical to their survival.

The National Petroleum Reserve-Alaska in the western Arctic is the largest single unit of public land in the nation, spanning nearly 23 million acres across the North Slope of Alaska. It includes millions of acres of wilderness-quality lands with important habitat for brown bears, caribou, polar bears, walrus and, of course, migratory birds. Each year, birds from across the country and beyond travel to these Special Areas to nest and raise their young.

Arctic terns have the longest yearly migration of any animal from start to finish, from their Arctic breeding grounds to Antarctica and back—a distance of some 25,000 miles. Photo credit: Richard Spener

We've been fortunate enough to travel twice to the reserve, a land so remote and so wild that each trip has presented an entirely new experience. We had heard of the incredible birding at and around Teshekpuk Lake and we had to see for ourselves. It is the largest lake in Arctic Alaska and the third largest in the entire state.

We started our trip on a small creek, Keolok Creek, paddling north past hundreds of small lakes to our destination of Teshekpuk Lake. Minnesota might lay claim as the land of 10,000 lakes, but the region around Teshekpuk Lake could certainly challenge it in total quantity. The whole of the landscape is dotted by countless bodies of water, some no larger than ponds. And they are filled with life—during our two-week expedition, we found birds of every stripe in the surrounding wetlands. Each evening after dinner, in the warm light of the Arctic sun, we hiked to several lakes to watch the birds feed, preen and raise their chicks. It was a naturalist's paradise, a photographer's dream and a place we can't wait to revisit.

Birdwatching is a passion and not only for us, as according to the U.S. Fish and Wildlife Service, millions of Americans across the country see themselves as birders. And it is hard to overstate the importance of the reserve to America's birds and the pastime of birdwatching. Species that utilize all four flyways in North America, plus several international flyways, migrate to the reserve every year. Tundra swans from the Atlantic Flyway, white-fronted geese from the Mississippi Flyway, pintails from the Central Flyway and brant from the Pacific Flyway converge on this summer destination, just to name a few. Even shorebirds from as far away as Hawaii and New Zealand find their way north to the reserve.

A cradle of life, Teshekpuk Lake lies at the heart of one of the most productive and unique wetland complexes in the circumpolar Arctic. It has been recognized by the National Audubon Society as an Important Bird Area for shorebirds, as it hosts the Arctic's highest density of these birds. More than one dozen of Audubon's Alaska Watch List species nest, molt or rest near Teshekpuk Lake, including threatened spectacled eiders, king eiders, red-throated loons, dunlins and buff-breasted sandpipers.

The key now, as is the case so often with our public lands, is protecting them. That means protecting the reserve's Special Areas, five areas of exceptional wildlife value set aside for protection within the reserve, so that the wildlife that depends upon them can thrive. Climate change, of course, looms over the Arctic like a peregrine falcon circling its prey—Arctic permafrost is melting, growing seasons are changing, sea levels are rising, invasive species are spreading, all of which can have serious consequences for local and migratory wildlife alike.

The red-throated loon breeds in coastal ponds and marshes around the state and spends the winter along the Pacific coast from the Aleutian Islands to Baja. Photo credit: Richard Spener

And then there is the specter of development. ConocoPhillips is slowly but surely moving deeper into the reserve and its first two projects—referred to as Greater Mooses Tooth Units #1 and #2—would be built just a short distance away from the Teshekpuk Lake and Colville River Special Areas and the direct impacts of development on the land are easy to see. Airstrips. Drill pads. Pipelines. Gravel roads. And as development spreads across the landscape of the reserve, industrial noise will affect migration and nesting patterns, roads and pipelines will divide up ecosystems and available habitat already threatened by climate change will be lost.

The National Petroleum Reserve-Alaska is a hidden jewel in northwest Alaska. To preserve it, we need President Obama to continue to stand out front on the issue of climate change and to continue to work with the global community to address it. His administration needs to make sure that development in the reserve does not proceed until the highest scientific and environmental standards are met. This International Migratory Bird Day, let's all make a promise to protect the reserve and its globally important Special Areas for the birds and wildlife that depend on them.

Toni Armstrong and Richard Spener have been frequent visitors to Alaska and the Arctic, including two trips to the National Petroleum Reserve-Alaska, and five unguided trips to the Arctic National Wildlife Refuge. They both also serve on the board of directors of the Alaska Wilderness League. Toni and Richard reside in St. Louis, MO.