International Energy Agency: The Party’s Over 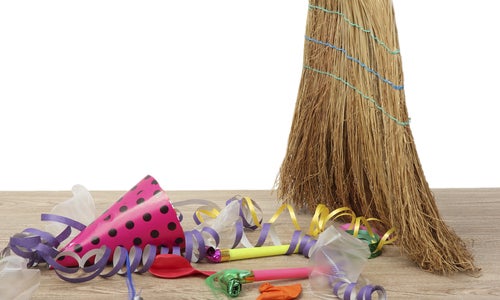 The International Energy Agency (IEA) has just released a new special report called World Energy Investment Outlook that should send policy makers screaming and running for the exits—if they are willing to read between the lines and view the report in the context of current financial and geopolitical trends. This is how the press agency UPI begins its summary:

It will require $48 trillion in investments through 2035 to meet the world’s growing energy needs, the International Energy Agency said Tuesday from Paris. IEA Executive Director Maria van der Hoeven said in a statement the reliability and sustainability of future energy supplies depends on a high level of investment. “But this won’t materialize unless there are credible policy frameworks in place as well as stable access to long-term sources of finance,” she said. “Neither of these conditions should be taken for granted.” 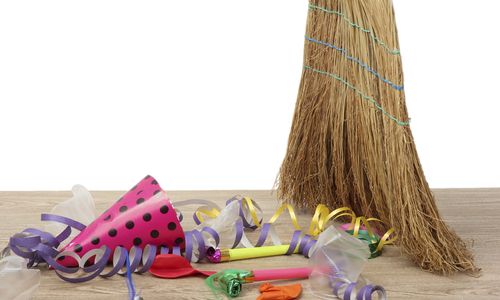 Here’s a bit of context missing from the IEA report: the oil industry is actually cutting back on upstream investment. Why? Global oil prices—which, at the current $90 to $110 per barrel range, are at historically high levels—are nevertheless too low to justify tackling ever-more challenging geology. The industry needs an oil price of at least $120 per barrel to fund exploration in the Arctic and in some ultra-deepwater plays. And let us not forget: current interest rates are ultra-low (thanks to the Federal Reserve’s quantitative easing), so marshalling investment capital should be about as easy now as it is ever likely to get. If QE ends and if interest rates rise, the ability of industry and governments to dramatically increase investment in future energy production capacity will wane.

Other items from the report should be equally capable of inducing policy maker freak-out:
The shale bubble’s-a-poppin’.
In 2012, the IEA forecast that oil extraction rates from U.S. shale formations (primarily the Bakken in North Dakota and the Eagle Ford in Texas) would continue growing for many years, with America overtaking Saudi Arabia in rate of oil production by 2020 and becoming a net oil exporter by 2030. In its new report, the IEA says U.S. tight oil production will start to decline around 2020. One might almost think the IEA folks have been reading Post Carbon Institute’s analysis of tight oil and shale gas prospects! This is a welcome dose of realism, though the IEA is probably still erring on the side of optimism: our own reading of the data suggests the decline will start sooner and will probably be steep.
Help us, OPEC—you’re our only hope!
Here’s how the Wall Street Journal frames its story about the report: “A top energy watchdog said the world will need more Middle Eastern oil in the next decade, as the current U.S. boom wanes. But the International Energy Agency warned that Persian Gulf producers may still fail to fill the gap, risking higher oil prices.” Let’s see, how is OPEC doing these days? Iraq, Syria and Libya are in turmoil. Iran is languishing under U.S. trade sanctions. OPEC’s petroleum reserves are still ludicrously over-stated. And while the Saudis have made up for declines in old oilfields by bringing new ones on line, they’ve run out of new fields to develop. So it looks as if that risk of higher oil prices is quite a strong one.
A “what-me-worry?” price forecast.
Despite all these dire developments, the IEA offers no change from its 2013 oil price forecast (that is, a gradual increase in world petroleum prices to $128 per barrel by 2035). The new report says the oil industry will need to increase its upstream investment over the forecast period by $2 trillion above the IEA’s previous investment forecast. From where is the oil industry supposed to derive that $2 trillion if not from significantly higher prices—higher over the short run, perhaps, than the IEA’s long-range 2035 forecast price of $128 per barrel, and ascending higher still? This price forecast is obviously unreliable, but that’s nothing new. The IEA has been issuing wildly inaccurate price forecasts for the past decade. In fact, if the massive increase in energy investment advised by the IEA is to occur, both electricity and oil are about to become significantly less affordable. For a global economy tightly tied to consumer behavior and markets, and one that is already stagnant or contracting, energy constraints mean one thing and one thing only: hard times.
What about renewables?
The IEA forecasts that only 15 percent of the needed $48 trillion will go to renewable energy. All the rest is required just to patch up our current oil-coal-gas energy system so that it doesn’t run into the ditch for lack of fuel. But how much investment would be required if climate change were to be seriously addressed? Most estimates look only at electricity (that is, they gloss over the pivotal and problematic transportation sector) and ignore the question of energy returned on energy invested. Even when we artificially simplify the problem this way, $7.2 trillion spread out over 20 years simply doesn’t cut it. One researcher estimates that investments will have to ramp up to $1.5 to $2.5 trillion per year. In effect, the IEA is telling us that we don’t have what it takes to sustain our current energy regime, and we’re not likely to invest enough to switch to a different one.
If you look at the trends cited and ignore misleading explicit price forecasts, the IEA’s implicit message is clear: continued oil price stability looks problematic. And with fossil fuel prices high and volatile, governments will likely find it even more difficult to devote increasingly scarce investment capital toward the development of renewable energy capacity.
As you read this report, imagine yourself in the shoes of a high-level policy maker. Wouldn’t you want to start thinking about early retirement?

Why Natural Gas Is a Bridge to Nowhere