Does Intermittent Fasting Boost Your Metabolism? 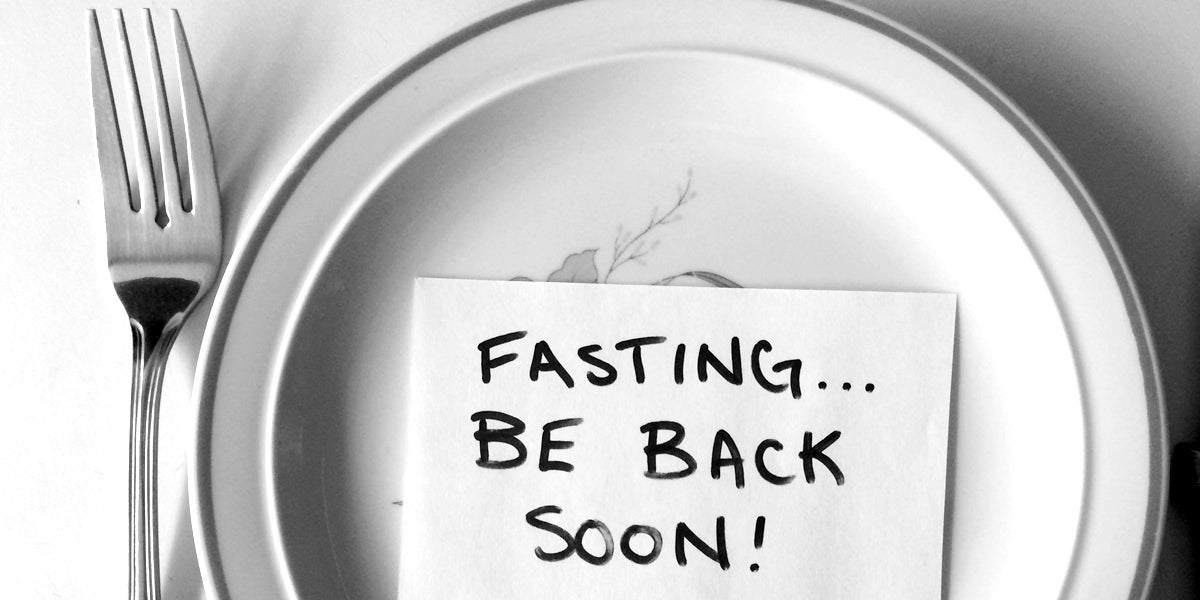 Intermittent fasting is an eating pattern that involves periods of food restriction (fasting) followed by normal eating. This pattern of eating could help you lose weight, reduce your risk of disease and increase your lifespan (1, 2).

Some experts even claim that its beneficial effects on metabolism make it a healthier way to lose weight than standard calorie restriction (3).

Intermittent fasting is a simple, effective approach to fat loss that is relatively easy to stick to (4).

Studies have shown that when it comes to weight loss, intermittent fasting can be just as effective as traditional calorie restriction, if not more (5, 6, 7, 8).

In fact, a 2014 review found that intermittent fasting could help people lose an impressive 3–8 percent of their body weight in 3–24 weeks (9).

Moreover, a recent review concluded that in overweight and obese people, intermittent fasting may be a better approach to weight loss than very-low-calorie diets (10).

Interestingly, this approach to eating may also benefit your metabolism and metabolic health (1, 11, 12, 13).

There are a few different ways to try intermittent fasting. Some people follow the 5:2 diet, which involves fasting for two days a week. Others practice alternate-day fasting or the 16/8 method.

If you are interested in trying intermittent fasting, you can read more about it in this detailed guide for beginners.

Bottom Line: Intermittent fasting is a powerful weight loss tool. It can also improve your metabolism and metabolic health.

Hormones are chemicals that act as messengers. They travel through your body to coordinate complicated functions such as growth and metabolism.

They also play an important role in the regulation of your weight. This is because they have a strong influence on your appetite, the number of calories you eat and how much fat you store or burn (14).

Intermittent fasting has been linked to improvements in the balance of some fat burning hormones. This could make it a helpful tool for weight management.

Insulin is one of the main hormones involved in fat metabolism. It tells your body to store fat and also stops your body from breaking fat down.

Intermittent fasting has been shown to be just as effective as calorie-restricted diets for lowering your insulin levels (17, 18, 19).

In fact, this eating style could reduce fasting insulin levels by 20–31 percent (9).

Fasting can cause a rise in blood levels of human growth hormone, an important hormone for promoting fat loss (20, 21).

Some studies have shown that in men, levels of human growth hormone may increase by as much as five-fold while fasting (22, 23).

Increases in blood levels of human growth hormone not only promote fat burning, but they also preserve muscle mass and have other benefits (24).

However, women don’t always experience the same benefits from fasting as men do and it’s not currently clear if women will see the same rise in human growth hormone.

Norepinephrine, a stress hormone that improves alertness and attention, is involved in the “fight or flight” response (25).

It has a variety of other effects on your body, one of which is telling your body’s fat cells to release fatty acids.

Increases in norepinephrine generally lead to larger amounts of fat being available for your body to burn.

Fasting leads to a rise in the amount of norepinephrine in your bloodstream (26, 27).

Short-Term Fasts Boost Metabolism by up to 14 Percent

Many people believe that skipping meals will cause your body to adapt by lowering its metabolic rate to save energy.

It’s well established that very long periods without food can cause a drop in metabolism (28, 29).

However, studies have shown that fasting for short periods can actually increase your metabolism, not slow it down (30, 31).

One study in 11 healthy men found that a 3-day fast actually increased their metabolism by an impressive 14 percent (26).

This increase is thought to be due to the rise in the hormone norepinephrine, which promotes fat burning.

Bottom Line: Fasting for short periods can slightly boost your metabolism. However, fasting for long periods may have the opposite effect.

When you lose weight, your metabolic rate goes down. Part of this is because losing weight causes muscle loss and muscle tissue burns calories around the clock.

However, the decrease in metabolic rate seen with weight loss can’t always be explained by the loss of muscle mass alone (32).

Severe calorie restriction over a long period can cause your metabolic rate to drop, as your body enters so-called starvation mode (or “adaptive thermogenesis”). Your body does this to conserve energy as a natural defense against starvation (33, 34).

This has been demonstrated dramatically in a study of people who lost large amounts of weight while participating in the Biggest Loser show on TV.

The study found that six years later, most of them had regained nearly all of the weight they had lost. However, their metabolic rates had not gone back up and remained around 500 calories lower than you would expect for their body size.

Other studies investigating the effects of calorie restriction on weight loss have found similar results. The drop in metabolism due to weight loss can amount to hundreds of calories per day (36, 37).

This confirms that “starvation mode” is real and can partly explain why many people who lose weight end up regaining it.

Given the short-term effects of fasting on hormones, it’s possible that intermittent fasting may reduce the drop in metabolic rate caused by long-term calorie restriction.

One small study showed that losing weight on an alternate-day fasting diet did not reduce metabolism over 22 days (17).

However, currently there is no quality research available looking at the long-term effects of intermittent fasting diets on metabolic rate.

Intermittent Fasting Helps You Hold on to Muscle Mass

Muscle is metabolically active tissue that helps keep your metabolic rate high. This helps you burn more calories, even at rest (38, 39, 40).

Unfortunately, most people lose both fat and muscle when they lose weight (41).

It’s been claimed that intermittent fasting could preserve muscle mass better than calorie restriction due to its effect on fat burning hormones (42, 43).

In particular, the increase in human growth hormone observed during fasting could help preserve muscle mass, even if you’re losing weight (44).

A 2011 review found that intermittent fasting was more effective at retaining muscle during weight loss than a traditional, low-calorie diet (45).

However, results have been mixed. A more recent review found intermittent fasting and continuous calorie restriction to have similar effects on lean body mass (5, 46).

One recent study found no difference between the lean body mass of people who were fasting and people on continuous calorie restriction after eight weeks. However, at 24 weeks, those in the fasting group had lost less lean body mass (6).

Larger and longer studies are needed to find out if intermittent fasting is more effective at preserving lean body mass.

Bottom Line: Intermittent fasting may help reduce the amount of muscle you lose when you lose weight. However, the research is mixed.

Although research has shown some promising findings, the effects of intermittent fasting on metabolism are still being investigated (3).

Early research suggests that short-term fasts boost metabolism as much as 14 percent and several studies suggest that your muscle mass doesn’t decrease much with intermittent fasting (6, 26, 45).

If this is true, then intermittent fasting has several important weight loss advantages over diets based on continuous calorie restriction.

At the end of the day, intermittent fasting can be a highly effective weight loss tool for many people.