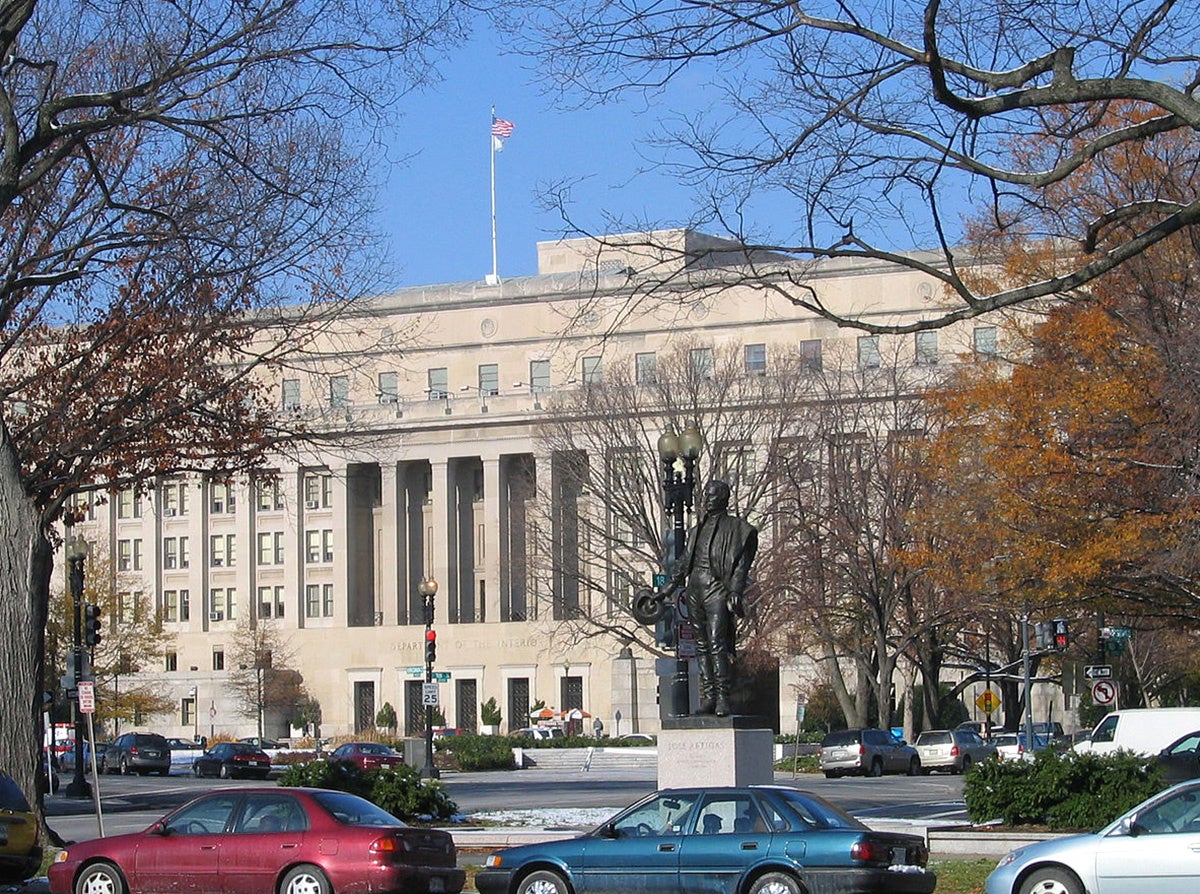 Defenders of Wildlife recently obtained a copy of Interior Sec. Ryan Zinke‘s “Top 10 Priorities” for his department (text version). These priorities are reflected in the department’s recently leaked draft 2018–2022 Strategic Plan, but the priorities themselves are noteworthy for their strikingly euphemistic tone.

They are written to evoke a responsive, progressive Interior Department serving the country by protecting our natural heritage and ensuring sensible use of our natural resources. And there’s the problem. All ten priorities are entirely disconnected from Interior’s actions to date. Following is our take on the doublespeak nature of the secretary’s Top 10 Priorities.

1. Create a conservation stewardship legacy second only to Teddy Roosevelt.

To date, Zinke is doing the exact opposite of Teddy Roosevelt’s legacy. Roosevelt, the father of federal land conservation, established 150 national forests, 51 wildlife refuges, five national parks and 18 national monuments. Under Zinke, the Interior Department could strip protections from as much as 11.3 million acres of public lands and 218 million acres of marine environment designated as national monuments by presidents Clinton, Bush and Obama. Interior is also dismantling wildlife refuges and undermining laws that protect imperiled species on public lands.

If the secretary really wants to rival Teddy Roosevelt, he could start by abandoning the attack on our national monuments. Then he could follow up by protecting more land, air, water and wildlife under Interior’s trust, as supported by huge majorities of Americans. Otherwise, history may judge him not as Roosevelt’s peer, but his antithesis.

“Sustainability” is a word that Zinke uses repeatedly, but doesn’t appear to understand. Zinke recently joked to the National Petroleum Council that “[f]racking is proof that God’s got a good sense of humor and he loves us.” In March, Zinke cancelled a 2016 moratorium on new coal leases, and in July the Bureau of Land Management (BLM) announced a new round of leasing in the Powder River Basin in Wyoming. Zinke has also announced offshore oil and gas leases in a 77 million-acre region of the Gulf of Mexico, in an area still recovering from the 2010 Deepwater Horizon disaster. Pretending that finite sources of dirty energy will secure a sustainable future for the American people, the joke is on him, but the harm posed to wildlife and wild places is no laughing matter.

3. Restore trust and be a good neighbor.

Zinke has proven himself anything but trustworthy with his closed-door dealings and speeches, refusal to publicly release his national monuments report, ethically questionable business travel, suspicious relationships with Political Action Committees and the distinct appearance of giving special attention to special interests.

Trust is a two-way street. Zinke has demonstrated mistrust of—and has outright ignored—state and local stakeholders on the years-long public process for balancing greater-sage grouse conservation with other public lands uses across 10 western states. His decision to revise the plans is a triple-whammy: wasting four years and $45 million invested in developing the existing plans, throwing the region into years of uncertainty while new plans are created, and increasing the likelihood that sage-grouse populations will continue their long-term decline and require protection under the Endangered Species Act.

Zinke is even considering drilling adjacent to and even inside 30 national parks, which would not be neighborly to the wildlife and habitat the Interior Department is responsible to protect.

Tribal sovereignty doesn’t mean “something,” it means that tribes have an inherent right “to make their own laws and be governed by them.” Unfortunately, Zinke failed to learn the lesson from Standing Rock with his recommendation to downsize Bears Ears National Monument, which could lift protections from thousands of Native American cultural artifacts and sacred sites. Member tribes in the Bears Ears Commission, established by President Obama to guide management of the monument, support Bears Ears remaining intact with its current level of protection.

5. Increase revenues to support the department and national interests.

The most important way the secretary can support his department is to request a budget increase … but he appears to have other intentions. According to Zinke’s June 2017 Senate testimony, he is seeking to cut budgets across most of Interior: 11 percent from the National Park Service, 13 percent from BLM, the U.S. Fish and Wildlife Service, Bureau of Reclamation and the U.S. Geological Survey, and nearly half from the Office of Surface Mining and Reclamation. Rather than requesting the funding, Zinke is pushing for drilling in one of America’s last great wild places, Alaska’s Arctic National Wildlife Refuge, though his interest in Arctic drilling may be ideological rather than fiscal. Zinke recently rescinded a rule that would have helped ensure that companies pay fair market value for oil, gas and coal they extract on federal lands, depriving taxpayers of $75 million in revenues from energy extraction nationwide. So far, the secretary’s most concrete proposal for raising revenue has been to nearly triple the entrance fees American families pay at popular national parks.

6. Protect our people and the border.

Customs and Border Protection, an agency within the Department of Homeland Security, administers our international borders, not the Interior Department. That aside, Zinke should be paying attention to the devastating effects the administration’s proposed border wall would have on wildlife and habitat, including endangered species and several national wildlife refuges.

Zinke is asking for $1.6 billion in Interior budget cuts (see priority #5), while the National Park System has a $12 billion maintenance backlog, and the National Wildlife Refuge System is suffering a $2.7 billion backlog. The extreme budget cuts that the secretary has requested for managing agencies is not going to help alleviate these costly deficits. On a related note, the president’s cancellation of his predecessor’s requirement that federal projects like roads and bridges be built to withstand the impacts of climate change *might* result in a few projects being built faster, but only until the next big storm. That’s not the same as “modernizing.”

9. Reorganize the department for the next 100 years.

Zinke’s notion of reorganization could have lasting, negative effects on both the department and constituencies it serves. Within just a few short months of his taking office, more than 50 senior Interior staff have been “involuntarily reassigned,” often to positions for which they have no expertise or experience. One scientist who was moved into an accounting position told the Washington Post that he was “clearly retaliated against” for “speaking out publicly about the dangers that climate change poses to Alaska Native communities.” Zinke himself has testified that he supports “an estimated reduction of roughly 4,000 full time equivalent staff from 2017,” and is reportedly planning to upend hundreds more employees’ lives by moving the headquarters of three agencies from Washington, DC to Denver.

10. Achieve our goals and lead our team forward.

We are not clear what Zinke’s goals for the department are moving forward, especially after he compared his staff to pirates and said he’s “got 30 percent of the crew that’s not loyal to the flag.”

Zinke needs to refocus the Department of the Interior to carry out its duty to the American people to manage and protect our county’s natural resources, historical sites and cultural heritage. Faithfully implemented, some of his ten priorities could be useful for guiding the department’s work.

Teddy Roosevelt said, “[o]f all the questions which can come before this nation, short of the actual preservation of its existence in a great war, there is none which compares in importance with the great central task of leaving this land even a better land for our descendants than it is for us.” Defenders of Wildlife is determined to hold Zinke and the Interior Department to the high standards of the conservation image in which it was created.