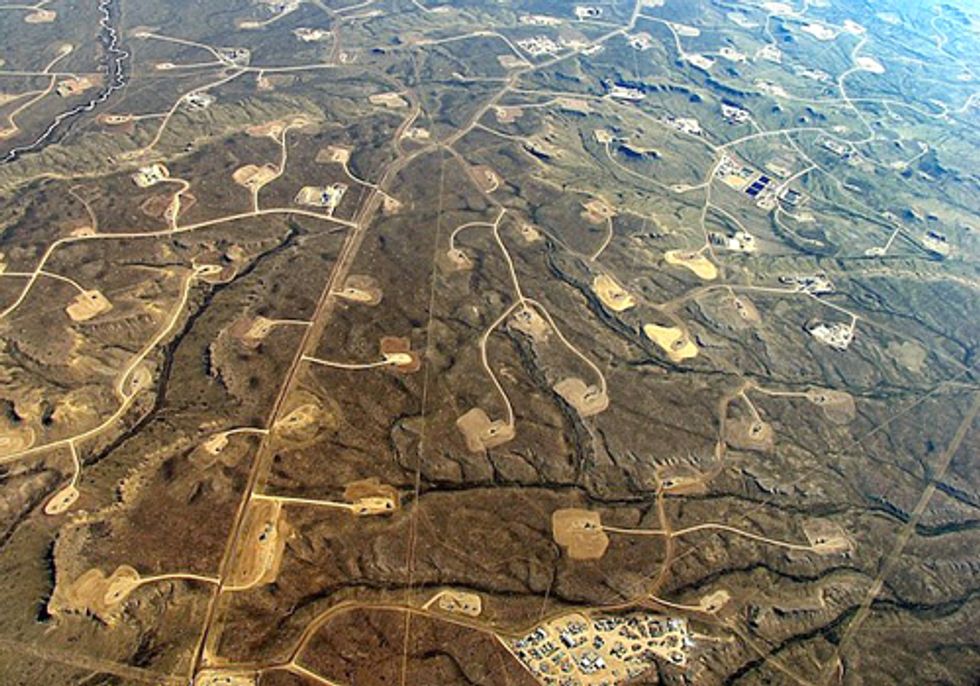 The U.S. Department of the Interior unveiled a set of rules governing hydraulic fracturing, or “fracking,” on public lands today. The controversial oil and gas development technique—in which drillers blast millions of gallons of chemically treated water into the earth to force gas from underground deposits—has been linked to air and water pollution and public health problems.

The proposed rule does not require fracking companies to disclose chemicals before they are pumped into the ground—a critical measure that would give nearby communities time to test and monitor water supplies for any fracking-related water pollution.

Well-bore integrity and water management rules are also updated for the first time in 30 years with today’s proposal.

The following is a statement from Earthjustice Legislative Representative Jessica Ennis:

“Fracking for oil and gas is happening at a breakneck pace on our public lands—and edging ever closer to the places where people live. In light of the near-constant reports of fracking-related air and water pollution, an update to federal rules is long overdue. Unfortunately, these proposed rules from the Department of the Interior fall far short of what’s needed to protect public health.

“For one, the oil and gas industry needs to disclose the chemicals they’ll be using in fracking before they are pumped into the ground. This information is essential so communities can test drinking water before fracking occurs and monitor the safety of water supplies in real time. If there’s a problem with their water, families deserve to know immediately—not after they’ve been drinking it for years.

“The oil and gas industry has gotten used to operating in the shadows for too long—hiding chemical information, fighting against right-to-know laws, silencing families who speak out. It’s unacceptable and needs to end now.

“The president promised in his State of the Union that this country’s gas drilling boom would not come at the expense of public health. This proposed rule fails to meet that promise.”