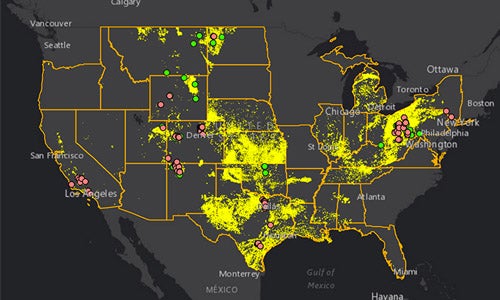 Two leading national environmental groups—Clean Air Task Force (CATF) and Earthworks—unveiled a suite of tools Wednesday designed to inform and mobilize Americans about the health risks from toxic air pollution from the oil and gas industry.

The oil and gas industry is the country’s largest and fastest-growing source of methane emissions. And its facilities emit numerous other hazardous and toxic air pollutants along with methane—including benzene, formaldehyde, acetaldehyde and ethylbenzene. That toxic pollution presents significant cancer and respiratory health risks, underscoring the need for the U.S. Environmental Protection Agency (EPA) to clean up existing sources of toxic air pollution without delay.

The EPA recently signed New Source Performance Standards (NSPS) that for the first time will regulate methane pollution from new and modified oil and gas facilities, preventing some of the sector’s future toxic air pollution from being released. The EPA’s current regulations addressing the industry’s toxic air pollution are limited and the NSPS does not cover the 1.2 million existing facilities in 33 states. CATF’s report, Fossil Fumes, and Earthworks’ Oil & Gas Threat Map focus specifically on toxic pollutants from those facilities and their resulting health impacts.

The Oil and Gas Threat Map maps the nation’s 1.2 million active oil and gas wells, compressors and processors. Using the latest peer-reviewed research into the health impacts attributed to oil and gas air pollution, the map conservatively draws a half mile health threat radius around each facility.   Within that total area are:

For each of the 1,459 counties in the U.S. that host active oil and gas facilities, the interactive map reports:

The searchable map allows users to:

“Our homes and schools are at risk while most state regulators do nothing. Although completely solving this problem ultimately requires ditching fossil fuels, communities living near oil and gas operations need the EPA to cut methane and toxic air pollution from these operations as soon as possible.” 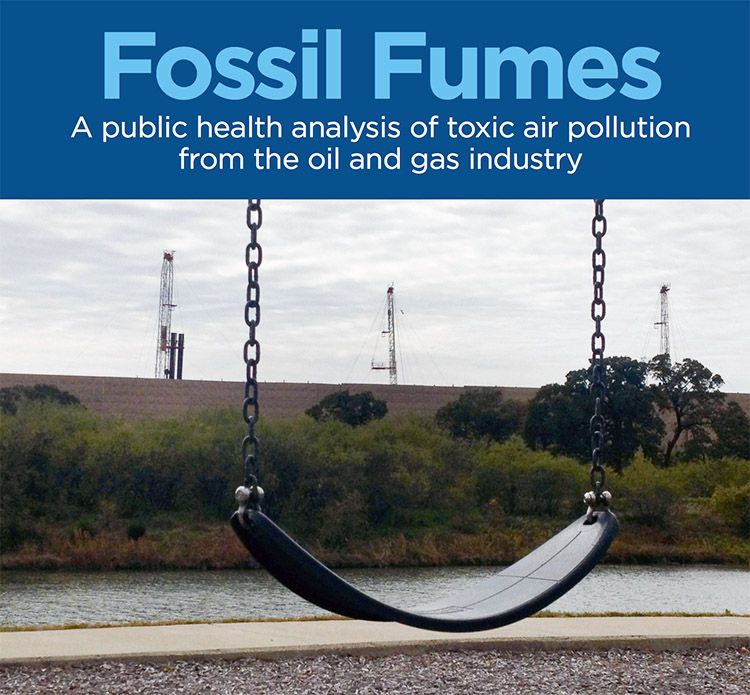 The report finds that:

“The Fossil Fumes report and Earthwork’s Interactive Threat Map will allow concerned citizens to learn the cancer and respiratory risks they face from toxic air pollution from the oil and gas industry,” Lesley Fleischman, CATF technical analyst and author of Fossil Fumes, said. “Armed with this information, we trust that citizens and communities will demand protective safeguards requiring industry to clean up its act and reduce these serious risks to public health.”

“The Oil & Gas Threat Map and Fossil Fumes are outstanding tools for nurses, their patients and affected communities to better understand the health risks posed by oil and gas facilities,” Katie Huffling, director of programs for the Alliance of Nurses for Healthy Environments, said.

“As nurses, we are especially concerned by the number of schools and hospitals revealed to be within a half mile of an active oil and gas facility. The best available science shows that methane and toxic chemicals emitted by these facilities threaten our most vulnerable citizens, which is why we encourage the EPA to quickly address this pollution.”

Other key findings of the map and report at the statewide level include:

“Some states like Colorado have stepped up, but other states like Texas have vowed never to regulate greenhouse gases and associated toxics. It is only the U.S. Environmental Protection Agency that can act to protect all Americans, their health and the climate from this pollution.”