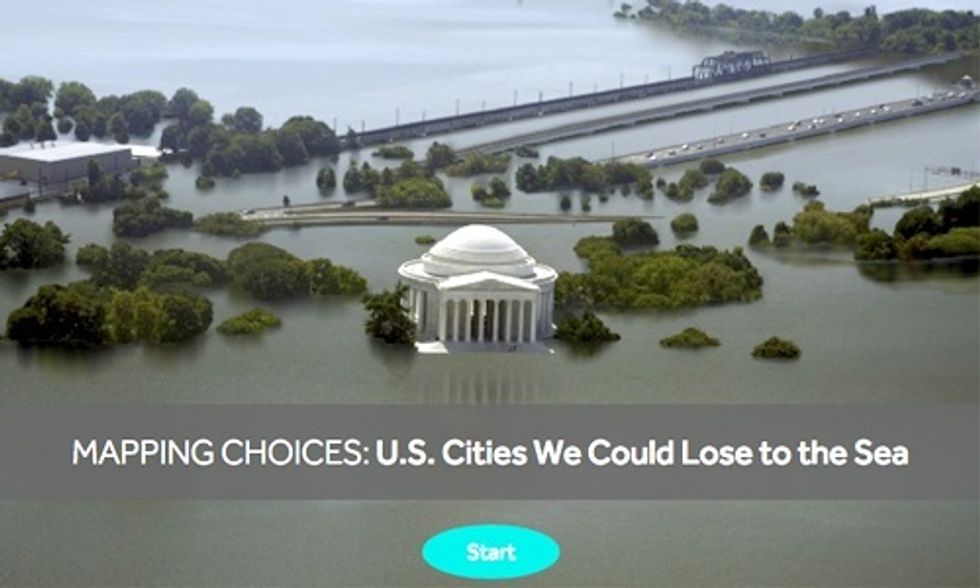 According to a study published Monday in the journal Nature Geoscience, if fossil fuel consumption maintains its current rate, Antarctica may experience a widespread collapse of its ice shelves, which could spur significant sea level rise. Another study published Monday in the journal Proceedings of the National Academy of Sciences (PNAS), looks at how rising sea levels will affect U.S. coastal cities over time based on various carbon scenarios, from aggressive carbon cuts to unchecked pollution.

Researchers found that 414 towns and cities "have already passed their lock-in date, or the point at which it's guaranteed that more than half the city's populated land will eventually be underwater no matter how much humans decrease carbon emissions; it's just a matter of when," says Huffington Post.

That's "the date where we let the genie out of the bottle, when it’s past the point of no return," lead study author Benjamin Strauss of Climate Central told Huffington Post.

The study follows a report last month which found that the Antarctic ice sheet would melt completely if all of the world’s coal, oil and gas reserves were extracted and burned. Another, put forth by former NASA Scientist James Hansen this summer, argued that glacial melting will “likely” occur this century and could cause as much as a 10-foot sea-level rise in as little as 50 years.

All of these reports confirm that sea level rise would be devastating for coastal cities in the U.S. To illustrate just how destructive it would be, Climate Central, in conjunction with the PNAS study, created an interactive map showing which U.S. cities we could lose to sea level rise, in what year we will lock in enough future sea level rise to inundate each city and what percentage of the population in each city lives below the locked-in sea level rise.