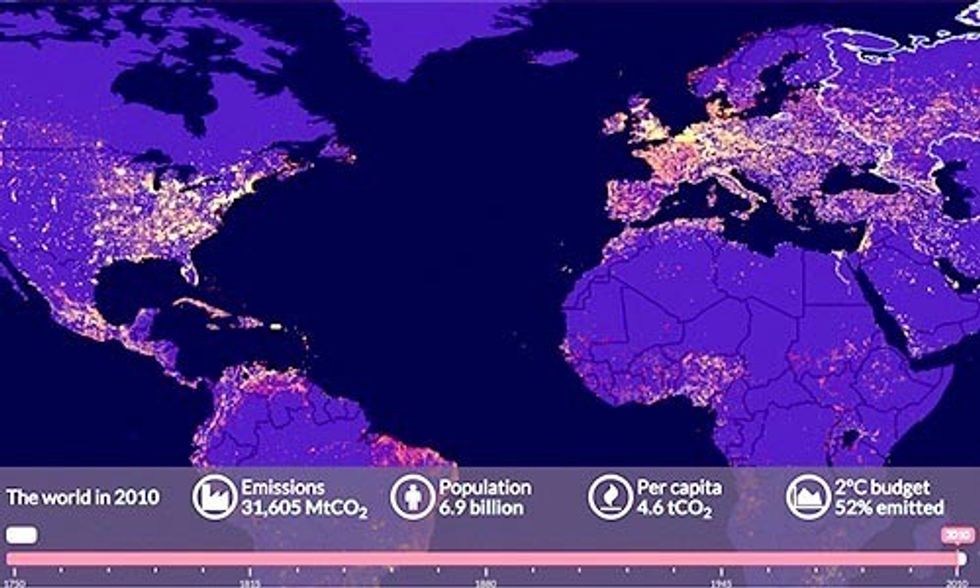 Which country is most responsible for climate change? It’s a big question, with weighty consequences for decisions on who should take the lead in tackling the rise in emissions.

Finding a way to recognize different responsibilities between developed and developing countries was one of the keys to unlocking the historic Paris Agreement, which was sealed late last Saturday.

To shed a bit more light on historical responsibility for emissions, Aurélien Saussay, an economist at the French Economic Observatory, has put together the interactive map above.

It combines year-by-year CO2 emissions from fossil fuels and cement with gridded population data. You can read Saussay’s methodology by following the tab in the interactive.

The emissions data comes from the Carbon Dioxide Information Analysis Center. It excludes other greenhouse gases and emissions associated with land use change and forestry.

The gridded population data is from the Netherlands Environmental Assessment Agency.