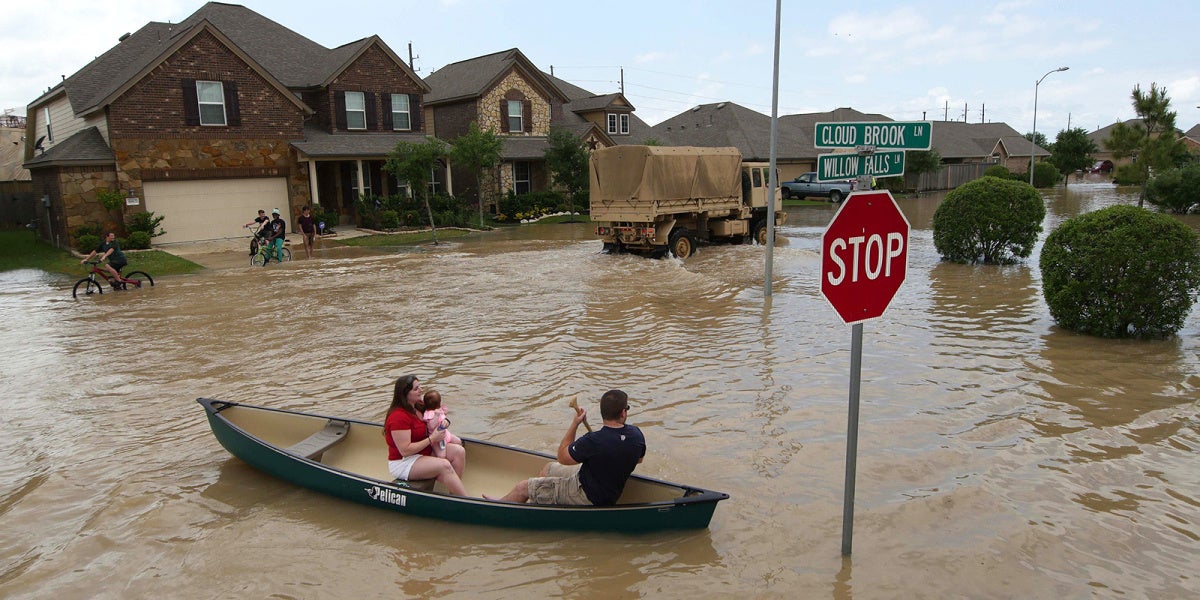 U.S. insurance companies are trying to have it both ways on climate change, underwriting and investing in fossil fuel companies but raising premiums or denying coverage to homeowners impacted by increased floods and wildfires, Jacques Leslie wrote in an Op-Ed for The Los Angeles Times Tuesday.

Leslie pointed to a December 2017 study by California’s Department of Insurance which showed that instances in which insurance companies refused to renew coverage to homeowners in fire-prone counties increased by about 15 percent between 2015 and 2016.

“Insurers are increasingly using computer models to assess the risk of fires for individual homes and deciding that homes in some areas face too high a risk,” Insurance Commissioner Dave Jones said in a press release about the study.

Jones recommended legislation that would ensure Californians living in high-fire-risk areas could continue to insure their homes.

Meanwhile, a 2014 Ceres study found that the investment portfolios of the 40 largest U.S. insurance companies contained a higher proportion of oil and gas bonds than average, Leslie wrote.

The attitude of U.S. insurance companies is particularly striking because, internationally, insurers are waking up to the real risks posed by fossil fuels.

An insurance scorecard published in November 2017 by Unfriend Coal, which Leslie cited, found that 15 insurance companies are divesting $20 billion from coal companies and declining to underwrite coal projects.

“The shift of insurers away from coal is now gathering momentum and may be approaching a tipping point,” the scorecard’s executive summary said.

However, that shift hasn’t reached the U.S. “So far, no American insurer has taken meaningful action on coal and climate change, and even industry giants such as Berkshire Hathaway, AIG and Liberty Mutual have remained completely silent about the catastrophic climate risks affecting their clients,” the summary continued.

Leslie suggested the U.S. insurance industry could pay financially for its selective denial about fossil-fuel risks. If climate-related lawsuits against fossil fuel companies, such as the suit brought by Oakland and San Francisco against Chevron, ConocoPhillips, ExxonMobil, BP and Royal Dutch Shell, succeed, then insurers might have to pay up on behalf of their clients.

The choices of insurance companies are important, because they have the power to stop new or existing fossil fuel projects by denying coverage.

“Although some large coal companies might be able to self-insure if their mining operations lost coverage, others would be forced to close,” Leslie wrote.