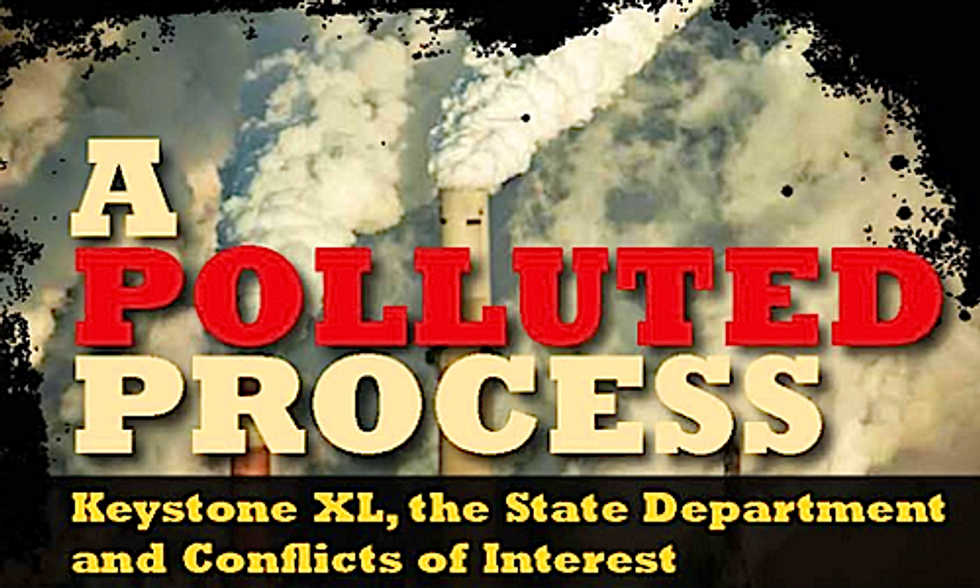 Yesterday, the inspector general concluded that the U.S. State Department did not violate conflict-of-interest rules with the selection of Environmental Resources Management (ERM) to conduct environmental assessments of the proposed Keystone XL pipeline project, according to the L.A. Times.

State Department spokeswoman Jen Psaki told the L.A. Times that the inspector general “found that our processes not only avoided conflicts of interest, but were more rigorous than required.”

The inspector general's findings are a blow to environmental groups and concerned citizen that have been working to stop the Keystone XL project.

The report came as blow to environmental groups and concerned citizens opposed to the controversial pipeline project. In October, as reported by EcoWatch, groups had urged Inspector General Steve Linick to conduct an investigation into the business ties between TransCanada—the company building the pipeline—and ERM.

The State Department released their Final Supplemental Environmental Impact Statement (FEIS) in January, determining that the pipeline would not increase the rate of extraction of tar sands and thus isn’t likely to significantly increase carbon emissions and climate change. Last June President Obama vowed he would only approve the Keystone XL pipeline if it “does not significantly exacerbate the problem of carbon pollution.”

“It is disappointing that the Inspector General’s office chose to conduct such a narrow review of the FEIS process, especially given the important role that it will play in informing the President’s decision on the Keystone XL pipeline," said Tom Steyer, founder of NextGen Climate Action, in response the inspector general's announcement. "This was a missed opportunity to seriously investigate the integrity of the FEIS document and process.

"Additionally it ignores statements by the tar sands executives that the Keystone XL pipeline is the key to their ability to develop the tar sands. As I have said before, the FEIS is a flawed document, and it would be a disservice to President Obama and his legacy on climate change to rely on this report.”

Just this month the Sierra Club, Friends of the Earth and Oil Change International published new evidence supporting the conflict-of-interest allegations and requested that the inspector general take steps to ensure that the flawed FEIS would be excluded from the agency’s National Interest Determination. The groups also filed a Freedom of Information Act Request to the State Department to unearth insider communications with the Canadian government and the oil industry in the weeks leading up to the release of its FEIS.

Last year, Friends of the Earth and 350.org compiled an infographic detailing longstanding relationships ERM has in the oil industry, concluding:

"The State Department has repeatedly turned to contractors hand-picked by pipeline builder TransCanada. So it’s no wonder that the Canadian government, TransCanada, Congressional Republicans and the oil industry have all along all lavished praise on the State Department’s reviews of Keystone XL."

The 30-day public comment period will close March 7. The public and interested parties are encouraged to submit comments.