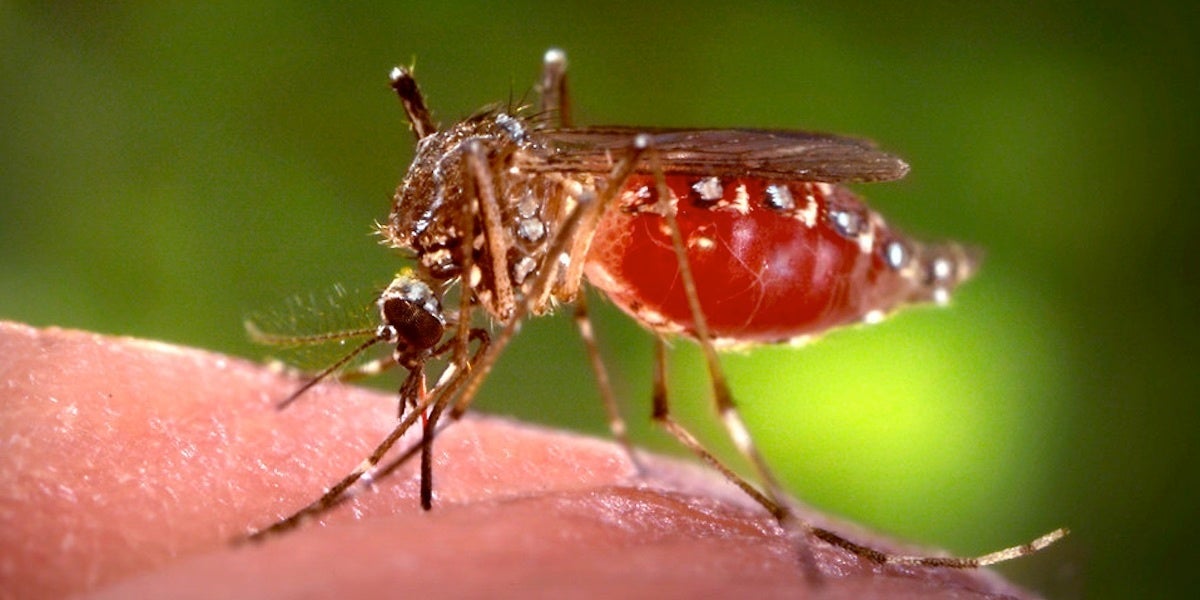 The number of diseases transmitted by mosquito, tick and flea bites more than tripled in the U.S. from 2004 through 2016, according to a
report released Tuesday by the Centers for Disease Control and Prevention (CDC).

The bite of an infected mosquito, tick or flea can transmit illnesses including the Zika virus, West Nile, Lyme disease and chikungunya. The report also mentions that nine new germs spread by mosquitoes and ticks were discovered or introduced in the U.S. in the years studied.

This increase in insect-borne illnesses can be blamed on many factors, including overseas travel and commerce, the CDC said.

Lyle Petersen, the report’s lead author and the agency’s director of vector-borne diseases, also said warmer weather was a reason, as
Wired reported.

However, the official stopped short of using the highly politicized term “climate change,” even though many scientists have established this
link.

The Natural Resources Defense Council
explained that warming winters and milder seasons are giving ticks, which carry Lyme disease, more opportunity to find hosts to dine on and survive in greater numbers. Additionally, rising temperatures have enabled ticks to spread to areas of the country that have historically been too cold to sustain them.

Similarly, the range of the Aedes aegypti mosquito, which can carry dengue and Zika, is largely limited to the hot, wet conditions of the tropics and subtropics. But a recent
study suggested that as our world becomes warmer and wetter, the range of these bloodsuckers could spread, putting millions of people at risk to exposure.

Incidentally, as
Salon observed, the CDC has an entire webpage dedicated to how the impacts of climate change can impact human health. It even has a subsection on climate affecting the geographic and seasonal distribution of vector populations.

According to the new CDC report, wearing “long-sleeved shirts and long pants” and using insect repellant are among the list of measures the CDC offers to prevent insect-borne diseases.

“Our nation’s first lines of defense are state and local health departments and vector control organizations, and we must continue to enhance our investment in their ability to fight against these diseases,” CDC Director Robert R. Redfield said in a statement.

Urging the government to fight against climate change might be a good place to start.