The Insect Apocalypse Is Coming: Here Are 5 Lessons We Must Learn 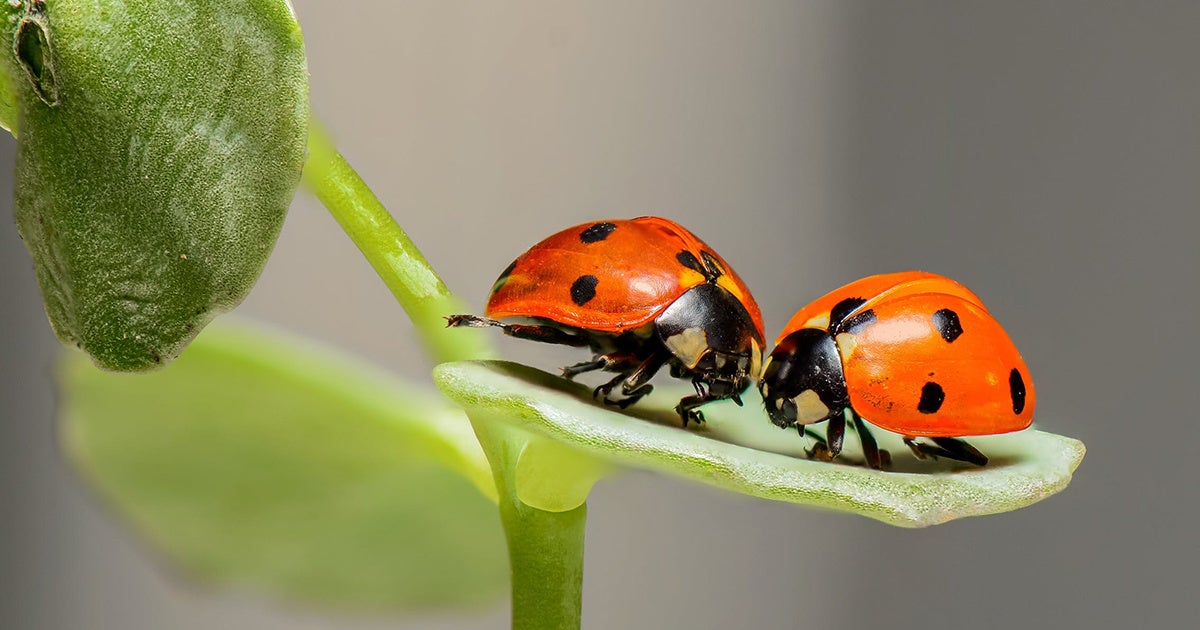 Scientists estimate that populations of ladybugs in the U.S. and Canada have declined by 14 percent between 1987 and 2006. Pixabay

In a new report, scientists warn of a precipitous drop in the world’s insect population. We need to pay close attention, as over time, this could be just as catastrophic to humans as it is to insects. Special attention must be paid to the principal drivers of this insect decline, because while climate change is adding to the problem, food production is a much larger contributor.

The report, released by researchers at the Universities of Sydney and Queensland and the China Academy of Agricultural Sciences, concluded that 40 percent of insect species are now threatened with extinction, and the world’s insect biomass is declining at 2.5 percent a year. In 50 years, the current biomass of insects could be cut in half. Such a sharp decline could trigger a “catastrophic collapse of nature’s ecosystems.”

We have, it appears, a lot to learn to avert the looming insect apocalypse. Here are five critical lessons.

1. Small things tend to get overlooked.

While the volume of scientific research on the threat of species extinction is growing rapidly, most of the focus has been on the declining population of fish and large mammals. Compared to larger species, insect species and their populations get very little attention. In making their report, the authors conducted a comprehensive review and found 73 historical studies of insect decline. That’s a tiny fraction of the reports written about the population loss of larger species. Yet arthropods (insects, spiders, crustaceans) account for about half of the world’s animal biomass — 17 times more than humans.

When it comes to endangered species, large mammals get all the headlines, but insects are essential to the underlying web of life on which larger creatures depend. About 60 percent of bird species rely upon insects as a primary food source, and birds consume up to 500 million tons of insects every year. Moreover, it is estimated that 80 to 90 percent of wild plants depend upon insects for pollination. And while some insects feed off domesticated crops, other insects help to keep pest populations under control. A 2006 study estimated that insects in the U.S. provided “ecosystem services” worth billion a year. These include pest control, crop pollination and serving as a vital food source for fish and small wildlife.

Climate change, pollution and the ongoing destruction of forests, wetlands, reefs and other vital habitats are taking an ever-increasing toll on nature. And it’s not just insects; environmental degradation is accelerating and rapidly diminishing non-human populations, including birds, fish and large undomesticated mammals. The World Wildlife Fund estimates that wildlife populations, on average, have declined 60 percent since 1970. The International Union for Conservation of Nature now classifies 26,000 species as threatened with extinction, and leading scientists publicly warn that a “sixth mass extinction” has commenced.

No one should underestimate the impact that rising greenhouse gas emissions are having on the web of life, but the authors of the insect report indicate that the three largest drivers of insect depopulation are, in order of importance: 1) habitat loss attributable to agriculture and urbanization; 2) pollution, mainly caused by pesticides and fertilizers and; 3) the introduction of invasive species. Climate change, which many believe is the largest driver of ecological ruin, ranked only fourth as a driver of insect decline.

The principal drivers of insect extinction have a common denominator. Simply put, the insect decline, in one form or another (including climate change), is attributable to humans. Our growing numbers and our appetites are driving insects to extinction. There is no letup in sight. World population, presently 7.6 billion, is expected to reach nearly 10 billion by mid-century, and the world’s middle class is expected to rise at an even faster rate. Our demand for food, and particularly our appetite for meat products, is leaving less room for other creatures, including insects.

Humans already use a land mass about the size of South America to produce crops for consumption and an area nearly the size of Africa to feed our livestock. Add in the pesticides and fertilizers that we depend upon to boost crop yields, and it’s no wonder that insect populations are suffering mightily.

The authors of the report on insect loss warned that, “Unless we change our ways of producing food, insects as a whole will go down the path of extinction in a few decades.” Curbing our reliance on pesticides and fertilizers could reduce the loss of insects, but it’s our ever-growing need for higher crop yields that has given rise to their use in the first place. Given enough time and capital investments, the farmers of the world might be able to adopt sustainable farming practices without reducing crop yields, but we may not have the luxury of time.

To avoid insect apocalypse, we need to reduce the size of our agricultural footprint. That should begin by preventing runaway population growth and the unsustainable food demand that would go with it. We should increase our support for family planning programs that help to prevent unplanned pregnancies at home and abroad. At present, nearly 40 percent of the pregnancies in the world are unintended. We should also commit to reducing our meat consumption, particularly beef. Meat-based diets require the use of far more land and water and result in much bigger environmental impacts—from greenhouse gas emissions to land degradation—than plant-based diets do.

If insects head toward precipitous decline and extinction, humans can’t be far behind. We need to advance our thinking about insects, their importance and what can be done to save them.

Robert Walker is the president of the Population Institute, a Washington-based nonprofit educating the public about the environmental implications of population growth, and advocating for reproductive health and rights.