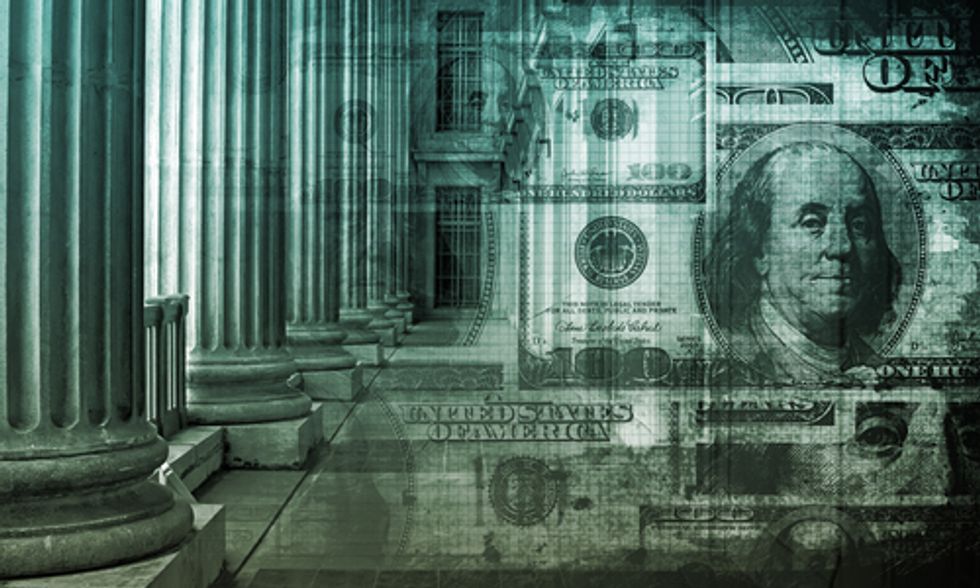 My Columbia University colleagues Bill Eimicke and Alison Miller recently joined me in authoring a new book entitled Sustainability Policy: Hastening the Transition to A Cleaner Economy. If all goes well, Jossey-Bass publishers will release the book in early 2015. Our work focuses on how American government at the federal, state and local levels can work with the private sector to speed up what I see as the inevitable transition to a renewable economy. While there is a lot of action at the state and local level to promote sustainability, the federal government remains inert and pathetic. At the federal level, we see an ossified executive branch that cannot build a website or manage health care for veterans, a legislative branch that has forgotten how to compromise and legislate, and a Supreme Court willing to equate money with political speech.

There are several trends in American politics that lead away from democracy, moderate demands for change and inhibit building a federal government capable of working with the private sector to bring about a sustainable economy. These include unlimited money in politics, gerrymandered congressional districts and the replacement of fact-checked media with the fact-challenged media environment we now experience.

We are starting to see the long-term impact of the Supreme Court's decision to consider political cash donations a protected form of speech. This has magnified the impact of money in politics. In turn, this puts emerging high-tech, but capital-needy, companies at a disadvantage in the competition with old, capital-rich firms attempting to influence rules governing production, finance and taxation. The increased role of money in politics tilts the economy away from creative and sustainability-oriented companies toward old-line and extractive industries such as the fossil fuel business. While the old businesses will eventually give way to the new, the enhanced impact of money in politics will slow down the process.

The need for money also stimulates more moderate politicians on both the left and the right to move away from the political center—where deal making is possible—to the extremes. They need to do this to "activate the base" and win primary challenges. Money is only one of the issues here. National political groups gain media attention and attract money when they articulate extreme positions. And, as now former Rep. Eric Cantor can tell you, turnout in primaries is quite low and unpredictable, and so money is only one part of the equation. The other part is the fact-free media. Political communication has always had a strong dose of propaganda—it goes with the territory—but the weird, endless onslaught of misleading political ads and partisan commentary we see today is relentless and unavoidable. Character assassination, misrepresentation of positions and deception is now the norm as political consultants urge their candidates to "define the opposition before they define you." Normal, rational people are avoiding electoral politics as never before.

It is true that, overall, Democrats win more votes in congressional elections than Republicans, but that Republicans these days are winning more seats. Gerrymandering is part of the problem, but as Sean Trende wrote in his incisive analysis in Real Clear Politics:

One of the most striking aspects of the 2012 elections is that Republicans won their third-largest House majority since the late 1920s while losing the popular vote. Pundits have largely coalesced around a single explanation for this: GOP control of redistricting. There's no doubt that the party maximized its advantage by controlling redistricting in a majority of House districts, but that wasn't really the culprit. The Democrats' minority status has more to do with their "new coalition," which might be good for winning presidential elections but is ill-suited for controlling the House.

As Trende observed, the Democratic political coalition "has become geographically narrow in the past decade, heavily concentrated among urban liberals and minorities who live in densely populated cities or are placed into minority-majority districts under interpretations of the Voting Rights Act that many minority groups pressed for in the 1980s and 1990s." This concentration helps win some state-wide races and national electoral votes, but means that Democrats lose a lot of close races for the House. When Democrats do manage to win in the House, they often win by larger margins than Republicans do, which helps account for their national popular vote majority. Gerrymandering is part of the problem faced by the Democrats, but the other part is that, like the Republicans, they too are less inclined to appeal to those outside of their coalition. Democrats may not be as extreme as Republicans, but they are also less interested in compromise and consensus building than they used to be.

When we look at American politics we need to understand that our legislative branches represent places (districts and states) as well as people. The U.S. is a representative democracy yet by design is far from a pure democracy. Our constitution is designed to facilitate continuity and the translation of economic power to political power, but it is also designed to permit change when absolutely needed. In the past, dramatic change has taken place when the stability of the political system was threatened by the absence of change. These changes took place when the political center accepted them: the reforms of the progressive era, the economic policies of the New Deal, the changes brought about by LBJ's Great Society. Typically, agents of change convince moderates to accept some part of their view. The exception that proved the rule was our Civil War.

In the past, the geographic orientation of our political system has led to moderate politics. In the U.S. system, an extreme party receiving 20 percent of the votes in every congressional district would send no one to Congress. Therefore, the political dynamic pushed candidates to the center where they build the largest coalitions generating pluralities or majorities. The growing presence of moderate independent voters continues that trend in general elections. But the growing importance of low-turnout primary elections has driven candidates further to the extremes. It is hard to believe that Eric Cantor was too moderate for the Republican base—but he was. The Tea Party has less than 20 percent of the national vote, but they have managed to skillfully work the seams of the political and media system to dominate the Republican-controlled House of Representatives. If the Occupy movement had been less politically pure they might have done the same thing on the left.

In our new book, my co-authors and I provide examples of regulations, subsidies, tax policies and government programs that could modernize the economy and stimulate the private behaviors that will be needed if we are to move away from a throw-away economy. The climate problem and the need to decarbonize our energy system is the most visible problem we now face, but it is far from our only challenge. As the people boiling their water yesterday in Ohio could tell you, we need to detoxify the production and consumption of goods and services. We need to protect the web of life in the ecosystems that feeds us. We need to learn how to manage the economic production that enables our life styles without destroying the planet from which we derive all of our material resources.

This transition is well underway in Europe and has begun at the state and local level here in the U.S. At the federal level we have an executive branch that is pursuing a meaningless "all of the above energy strategy," and a legislative branch that does nothing. Perhaps it would be best if they acknowledge the reality of the situation and extend their August recess into the fall.

We need a federal government willing to invest in infrastructure like smart grids and mass transit, and provide predictable tax incentives for renewable energy. We need to modernize our environmental laws to deal with contemporary technology. There have been no major federal environmental laws enacted in the U.S. since 1990. We need to fund the basic science that will lead to the breakthrough technologies that can maintain economic growth without destroying our crowded planet.

To do all of this we need a functional federal government. We need a political process capable of rewarding rather than punishing compromise and moderation. The extremists on the right are happy with gridlock, because their goal is an inactive government. Extremists on both sides make their living off of demonizing people who do not share their views; it's just good for business. The vast and generally apolitical moderate center simply wants to nurture their family, friends, community and planet. They are poorly served by a shrill, dysfunctional national government that is incapable of enacting the policies and programs we need to make the transition to a sustainable, renewable economy.

LeBron James, Place and the Search for Sustainable Communities