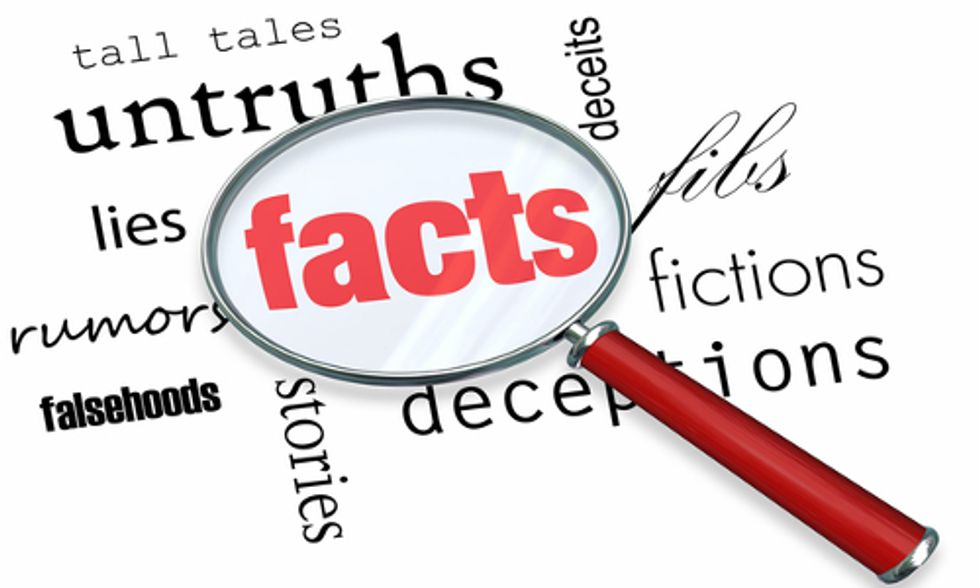 Hydraulic fracturing, better known as fracking, and other drilling practices have unlocked previously inaccessible reserves of oil and gas across the U.S. and the world. However, some of the debate over fracking is distorting public understanding of these practices and interfering with good decision-making about this recent boom in unconventional oil and gas production.

The track record of modern fracking is shrouded in incomplete information, a misleading history and distorted by semantic arguments. Photo courtesy of Shutterstock

We often hear statements like this from industry and pro-drilling politicians:

America has drilled and fracked more than 1 million wells over the past 60 years, and in all that time there has never been a proven case of groundwater contamination caused by fracking.

This statement, in some form or another, is repeated from the kitchen tables of ordinary citizens to the halls of Congress, as landmen use it to try to secure mineral rights from private landowners and legislators advocate for more drilling on millions of acres of public land. Even environmentalists, scientists, and regulators, when pressed, reluctantly confirm this statement is technically correct. Upon closer examination, however, this claim is a half-truth that muddles the debate on whether natural gas can be a bridge fuel to a cleaner energy future, or a dead-end.

Let’s take a closer look at some of these claims.

America has drilled and fracked around 1.3 million wells over the past 60 years…

First, has fracking really been around for over 60 years? That depends on what you mean by fracking.

In 1947, Stanolind Oil—now Halliburton—completed their first conventional hydraulic fracturing operation using 1,000 gallons of water, chemicals and sand to frack a shallow Kansas well. Instead of dropping explosives down the well like the early Pennsylvania oilmen, drillers used a spare WWII aircraft engine as a pump to pressurize the fracking fluid and apply hydraulic force to the methane-bearing limestone. According to a patent filled in 1953, the first fracks used pressures as low as 700 pounds per square inch (psi). This accounts for much of fracking’s history, with small operations that were barely noticeable once they were completed.

In 1997, Mitchell Energy completed their first high-volume, slickwater hydraulic fracture operations using an average of 800,000 gallons of fracking fluid and 200,000 tons of sand on horizontally drilled wells in the Barnett Shale of Texas. This 16-year-old practice much more accurately represents the procedure that has recently unlocked natural gas from formations like the Marcellus Shale and oil from the Bakken Shale. We refer to this type of fracking as “modern fracking.”

…and in all that time, there has never been a proven case of groundwater contamination…

Unconventional drilling and modern fracking was one of SkyTruth’s first projects, because satellite images and aerial photography revealed a spider’s web of roads, wellpads, pipelines and other infrastructure transforming massive tracts of western public lands. But as the practice spread from relatively uninhabited wilderness to the more populated eastern U.S., media coverage of modern fracking and fracking-related accidents began to increase. Journalists and academics began to investigate claims that modern fracking had caused health problems and water contamination. Then a documentary filmmaker from Pennsylvania ignited one of the biggest environmental movements in several generations: by lighting water on fire—again.

The truth about proven cases of contamination remains elusive for a number of reasons. For one, the U.S. Environmental Protection Agency (EPA) has repeatedly backed away from completing research on claims of polluted groundwater in Pennsylvania and Texas, and stopped short of finalizing a report that blamed modern fracking for groundwater contamination in Pavillion, WY. Also limiting our knowledge about contamination cases is the growing number of contamination claims settled out of court with strict non-disclosure agreements. One settlement with a Pennsylvania family went so far as to prevent a family, including their children aged 7 and 10, from ever publicly speaking about the issue of fracking.

What we do know is that a growing list of individuals are coming forward with reports of illness and contaminated drinking water in the immediate vicinity of wells that that have been fracked. Is drilling and modern fracking the cause? In many cases we just don’t know because pre-drilling water quality and public health studies don’t exist, and the information is simply not available to the public.

Meanwhile, the public generally uses the term “fracking” as shorthand to cover all of the activities related to drilling and completing a well. Since more than 90 percent of the drilling being done today would not be happening if it weren’t for hydraulic fracturing, this is understandable. Unfortunately there are many documented incidents where contamination of the air, land and water can and has occurred because of oil and gas drilling. And the homeowner who can light their tapwater on fire, or discovers they’ve been drinking cancer-causing benzene, probably doesn’t give a damn if the contamination was caused by a poor cement job that blew out, or by the hydraulic fracturing operation itself. That’s a word game only politicians and engineers care about.
The bottom line is the track record of modern fracking is shrouded in incomplete information, a misleading history and distorted by semantic arguments that narrowly define what counts as contamination from fracking. While cases of contamination caused by fracking remain obscured by lack of information and tricky linguistics, we know that a growing number of citizens are reporting harm and environmental contamination in unconventional oil and gas fields, and especially from wells that have been fracked.
Visit EcoWatch’s FRACKING page for more related news on this topic.
fracking
EcoWatch Daily Newsletter
Related Articles from EcoWatch
recycling