Industry Lawyers Tell Big Food How Not to Get Sued 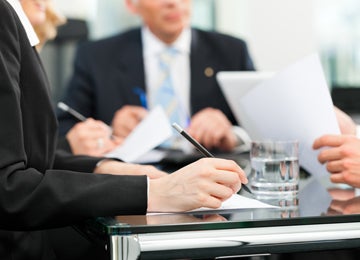 Last week I attended a conference in Washington DC with the lofty title, 3rd Advanced Regulatory and Compliance Summit on Food & Beverage Marketing & Advertising. The event’s main sponsor was the law firm of Faegre Baker Daniels, whose numerous mega-corporate food clients include Cargill, Dean Foods and Nestlé. In addition, the firm represents—under the heading of “crop protection“—Big Biotech players such as Bayer, Dow and DuPont. The presenters were almost all industry lawyers, with a few government types. Not one member of the plaintiffs bar or anyone from a public interest organization was a speaker, and it seemed most of the audience was also from industry. 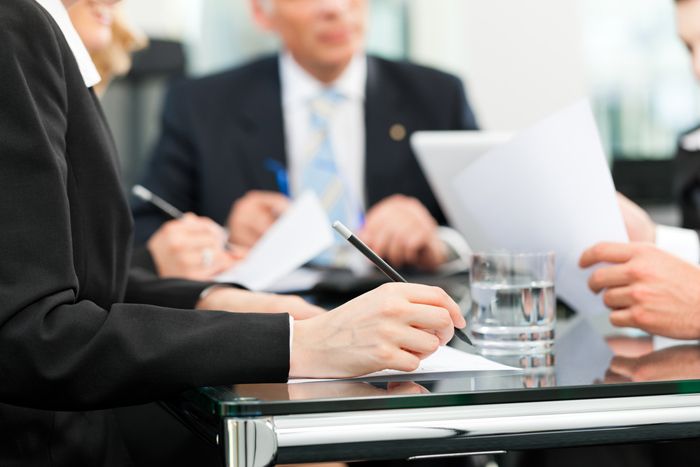 In all fairness, I think it’s a good thing for defense lawyers to share information and best practices about how food companies can and should comply with the law. Adhering to laws and regulations, as feeble as those rules can be, is a good thing and corporations should strive for it. And I am happy to report that’s what most of this meeting was about: to help food companies (in legalese) “mitigate risk,” as opposed to how to get away with skirting the law.

For example, in a session called Minimizing the Risk of Deceptive Health Claims Post-POM Wonderful an attorney with the Federal Trade Commission tried to explain what sort of “substantiation” a food company would need to back up any health claims. POM Wonderful has been embroiled in quite a fight with the feds over its exaggerated claims.

A similar presentation was called How to Use Clinical Studies, Data and Results without Violating FTC Regulations: A Case Study on Omega-3 Claims. You see, the feds are okay with making certain types of health claims on food products as long as you can back it up with actual science. Just how strong the research needs to be however, was never made very clear. When I tried to ask one government lawyer about what if the science is funded by industry, and the answer was also unsatisfactory; that might be considered as a factor but not a disqualifying one. Generally the feds like to consider these matters on a case by case basis.

The most unbalanced and frustrating panel was called Maintaining the Delicate Balance of Marketing to Children‚ Obesity and the Integrity of your Product. The main speaker was Elaine Kolish, director of the Children’s Food & Beverage Advertising Initiative (CFBAI), a fancy name for the food industry’s sad excuse for voluntary self-regulation. Numerous groups have criticized for its ridiculously generous nutrition guidelines and self-serving loopholes.

But to hear Kolish tell it, CFBAI was the best way to protect children, far better than government regulation. She claimed that all by itself, industry “has created robust rules, and changed them twice” and that “in a five-year period, self-regulation has done more than government.” Of course it has, because that same industry “lobbied like hell to stop government” from doing its job in setting better guidelines. Throughout her presentation, which at times bordered on shrill, Kolish showed her utter disdain for the feds, along with numerous public interest groups. She disparaged Center for Science in the Public Interest, saying they engaged in “litigation by press release.” She also attacked other groups including the Campaign for a Commercial-Free Childhood and Berkeley Media Studies Group for daring to complain about food industry exploitation of children.

Now reasonable people can disagree on this controversial topic and I realize I was attending an industry-friendly meeting, but Kolish said several things that should not have gone unchallenged. For example, she misrepresented the current science on how marketing to children is deceptive. If someone from the other side had been on that panel, the audience would have heard a far more balanced take. It was in fact a disservice to the industry representatives in the room to downplay the issue. I had this feeling at numerous other times during the event: that including a public interest perspective would have allowed for a more nuanced and stimulating discussion.

Another notable presentation was called Update on State Food Labeling Laws: How GMO Labeling Initiatives Impact your Business Strategies. Obviously industry is very concerned about the growing movement to label genetically-engineered foods. This panel was a good overview of current efforts, and mentioned several advocacy groups, including Food Democracy Now! for its role in the state bills. Unlike Ms. Kolish, the speakers on this panel—both with the sponsoring law firm—were factual and respectful. It was interesting, though not surprising, to see how much industry lawyers were staying on top of advocacy efforts.

Finally, as would be expected, there were several presentations on the current threat of private class action litigation over deceptive food marketing claims, some offering tips on how to defend against such lawsuits. I recently wrote about this trend in class actions. The “natural” cases were clearly a huge concern. One attorney in the audience suggested food makers stop using natural labeling at all, which was very sound advice and refreshing to hear. Also discussed was emerging case law in which judges are deferring to the Food and Drug Administration (FDA) ruling on whether or not “natural” labels should be allowed on products containing genetically-engineered ingredients. But no one in the room expected FDA to do so anytime soon.

Over the three day event, I had several constructive conversations with food industry attorneys who really don’t want their clients to get into legal trouble. But it was also clear that their good advice can sometimes come into conflict with the marketing department. So next time you see a food product making a deceptive claim, it’s probably either because the company received bad legal advice, or the marketers overruled the lawyers.