Industrial Hemp: The Answer for a Greener Future 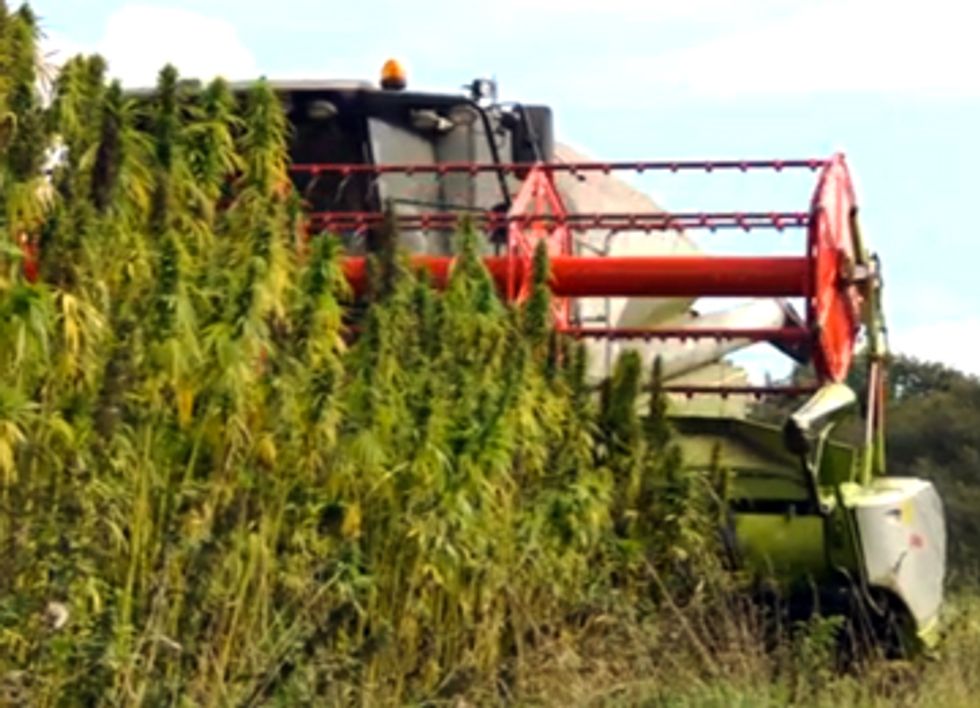 More industrial hemp is exported to the U.S. than to any other country and American consumers are purchasing over $450 million in hemp products annually. Bringing It Home explores the question of why a crop with so many widespread benefits cannot be farmed in the U.S. by illustrating its history and current industries, and by talking to both opponents and proponents of the industrial hemp farming legalization effort.

Bringing It Home tells the story of hemp’s past, present and future through interviews with hemp business leaders and entrepreneurs from all over the globe, historical images and media clips, and footage filmed in the U.K, Spain, Washington D.C., California and North Carolina. The documentary aims to magnify dialogue about hemp in order to facilitate America’s transition to a more informed, sustainable and healthy future.

The film was inspired by environmentally-conscious home designer Anthony Brenner’s story to find the healthiest building material available to build a safe indoor environment for his young daughter Bailey, who has a rare genetic disorder and sensitivity to synthetic chemicals. Brenner made headlines in USA Today and CNN when he completed America’s first hemp house for the former mayor of Asheville, NC. Brenner’s story is one of the inspirational tales profiled in this film that provides viewers with a new connection to the issue of toxicity in human habitats and how hemp can play a role in innovative healthy green building solutions. In Bringing it Home, we followed Brenner’s mission to build The Bird’s Nest, the world’s first hempcrete built, toxin-free residential home for his daughter and other children and adults with disabilities.

A major drawback for Brenner and other U.S. builders using hemp is that the fiber must be imported. We followed the hemp trail of the Asheville house to England where we spoke with hemp business owners and facilities, and filmed hemp farms and commercial structures. We met Kevin McCloud, the popular designer, author and TV host of Grand Designs who developed a hemp townhouse neighborhood in Swindon. We interviewed researcher Dr. Michael Lawrence at the University of Bath’s HemPod research structure, who talks about the humidity regulating and carbon absorbing benefits of hemp construction. West of London, Mike Giffin, farm consultant with Hemp Technology, took us in the field to discuss the benefits of hemp as an agricultural crop. We learned about hemp foods and nutrition from Henry Braham, a hemp farmer and founder of GOOD Oil in the U.K.

Additional interviews with experts filmed at the second International Hemp Building Symposium in Granada, Spain, speak to global hemp industries and uses worldwide, and we visited a Spanish architect and her family in their hemp—Cannabric—home and holiday apartments near Almeria. In Washington, D.C., we try to keep up with energetic Ben Droz, legislative liaison for Vote Hemp, as he works the corridors of Capitol Hill trying to gain sponsors and support for the Industrial Hemp Farming Act, introduced earlier this year. We also visit Capitol Hemp—a retail store featuring hemp clothing and products. Eric Steenstra, with Vote Hemp and Hemp Industries Association (HIA),  shares insights into current U.S. legislative efforts and outreach to the White House.

In California, CEOs David and Mike Bronner of Dr. Bronner’s Magic Soaps and John Roulac of Nutiva discuss how hemp products built their million dollar American businesses. In Sacramento, we sat down with John Lovell, lobbyist for the California Narcotics Officers Association to hear the opposition to legalizing hemp farming.

Back in North Carolina, we spent time with eco-couture designer Stephanie Teague who uses organic hemp fabrics from China while making a home in Greensboro, NC, where textile industries once employed many. Farmers in Silk Hope, NC, hear about hemp’s agricultural benefits and voice their support for bringing this crop back to American farms where it used to grow.

Hemp’s role in world and American history is treated through lively animation and brief segments, using archival imagery to discuss the importance of hemp during Colonial times through the World War II era, and its eventual classification as a Schedule 1 narcotic, even though the oil, seed and fiber varieties of industrial hemp cannot be used as a drug.

The filmmakers are seeking unique community partnerships and screening venues, such as food co-ops, farms, town halls, organic restaurants, civic and faith groups as well as targeted outreach to colleges across the U.S., primarily institutions with sustainable business, agriculture and environmental conservation programs to organize events. Bringing It Home will be partnering with Vote Hemp to host screenings nationwide among the other hemp awareness events celebrating Hemp History Week, which begins today through June 9.