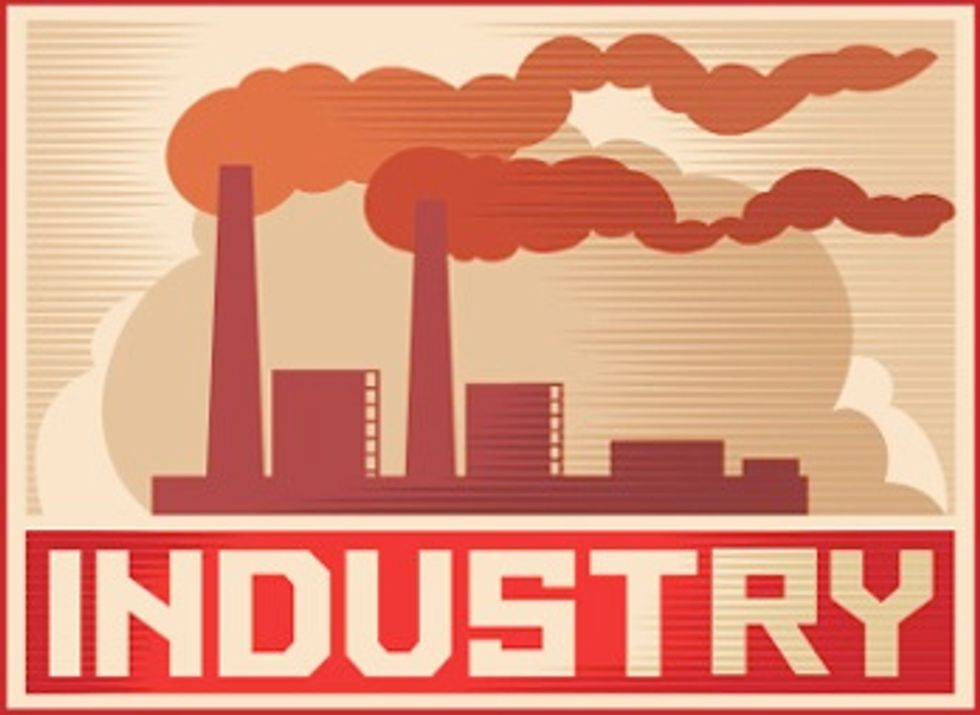 Increasing global emissions of carbon dioxide (CO2), a heat-trapping gas, are pushing the world into dangerous territory, closing the window of time to avert the worst consequences of higher temperatures, such as melting ice and rising seas.

Since the dawn of the Industrial Revolution, carbon emissions from burning fossil fuels have grown exponentially. Despite wide agreement by governments on the need to limit emissions, the rate of increase ratcheted up from less than one percent each year in the 1990s to almost three percent annually in the first decade of this century. After a short dip in 2009 due to the global financial crisis, emissions from fossil fuels rebounded in 2010 and have since grown 2.6 percent each year, hitting an all-time high of 9.7 billion tons of carbon in 2012.

Carbon emissions would have risen even faster were it not for the seven percent drop among industrial countries since 2007—a group that includes the U.S., Canada, Europe, Russia, Australia, New Zealand and Japan. The U.S., long the world’s largest emitter until it was eclipsed by China in 2006, cut carbon emissions by 11 percent over the past five years to 1.4 billion tons. The biggest drop was in emissions from coal—which is primarily used to generate electricity—as power plants switched to cheaper natural gas and as the use of carbon-free wind energy more than quadrupled. U.S. emissions from oil, mostly used for transportation, also dipped.

Carbon emissions from fossil fuel burning in Europe—as a whole the third largest emitter—fell nine percent from 2007 to 2012. Emissions in Italy and Spain shrank by 17 and 18 percent, respectively. The United Kingdom’s emissions dropped by 11 percent to 126 million tons. Germany’s emissions fell by four percent to 200 million tons. These countries have been leaders in either wind or solar energy or both.

Russia and Japan are two industrial countries that did not see an overall decline in carbon emissions over the past five years. Russia had an uptick in oil use, increasing its emissions by two percent to 449 million tons. And in Japan, the quick suspension of nuclear power generation after the Fukushima disaster led to more natural gas and oil use, pushing emissions up one percent to 336 million tons in 2012.

CO2 emissions in developing countries surpassed those from industrial countries in 2005 and have since continued to soar. China’s carbon emissions grew by 44 percent since 2007 to 2.4 billion tons in 2012. Together the U.S. and China account for more than 40 percent of worldwide emissions. Emissions in India, home to more than a billion people, overtook those in Russia for the first time in 2008. From 2007 to 2012, India’s emissions grew 43 percent to reach 596 million tons of carbon. Carbon emissions in Indonesia, another fast-growing economy, have exploded, growing 52 percent to hit 146 million tons in 2012.

Although emissions from developing countries now dominate, the industrial countries set the world on its global warming path with over a century’s worth of CO2 emissions that have accumulated in the atmosphere. Furthermore, emissions estimates discussed here include only those from fossil fuels burned within a country’s borders, meaning that the tallies do not account for international trade.

For example, emissions generated from producing goods in China destined for use in the U.S. are added to China’s books. When emissions are counted in terms of the final destination of the product, the industrial countries’ carbon bill increases.

Fossil fuels are not the only source of CO2 emissions. Changing the landscape, for example by burning forests, releases roughly 1 billion tons of carbon globally each year. Brazil and Indonesia have high levels of deforestation and are responsible for much of the current carbon emissions from the land.

About half of the CO2 that is released through fossil fuel burning or land use changes stays in the atmosphere. The other half is taken up by the oceans or by plants. As more CO2 is absorbed by the world’s oceans, the water becomes more acidic. This change in ocean chemistry can strip away the building blocks of coral reefs, weakening an important link in the oceanic food chain. Scientists warn that the oceans could eventually become saturated with CO2, compromising their capacity to absorb our carbon emissions, with serious consequences for the global thermostat.

For some 800,000 years, the amount of CO2 in the atmosphere did not go above 300 parts per million (ppm). But in the 250 years following the start of the Industrial Revolution, enough CO2 built up to bring the average concentration to nearly 394 ppm in 2012. Throughout each year, the concentration of the gas fluctuates, reaching its annual peak in the spring. In May 2013, the CO2 concentration briefly hit 400 ppm, a grim new milestone on the path of climate disruption. Never in human history has the atmosphere been so full of this odorless and colorless yet powerfully disruptive gas.

CO2 acts like the glass of a greenhouse, trapping heat. Since humans began burning fossil fuels on a large scale, the global average temperature has risen 1.4 degrees Fahrenheit (0.8 degrees Celsius), with most of the increase occurring since 1970. The effects of higher temperatures include rising sea levels, disappearing Arctic sea ice, more heat waves and declining yields of food crops.

More warming is in the pipeline as the climate system slowly responds to the higher CO2 concentrations. Reports from international institutions, such as the International Energy Agency, based on work by thousands of scientists emphasize that little time remains to cut emissions and avoid a climate catastrophe. The World Bank notes that absent any policy changes, the global average temperature could be 9 degrees Fahrenheit warmer by the end of this century, well above what human civilization has ever witnessed.

But a different future—one based on a clean energy economy—is within our reach. Germany, not a particularly sunny country, has harnessed enough of the sun’s rays to power some 8 million homes, for example. The U.S. has enough wind turbines installed to power more than 15 million homes. Kenya generates roughly a quarter of its electricity from geothermal energy. This is but a glimpse of the enormous potential of renewable energy. The question is not whether we can build a carbon-free economy, but whether we can do it before climate change spirals out of control.