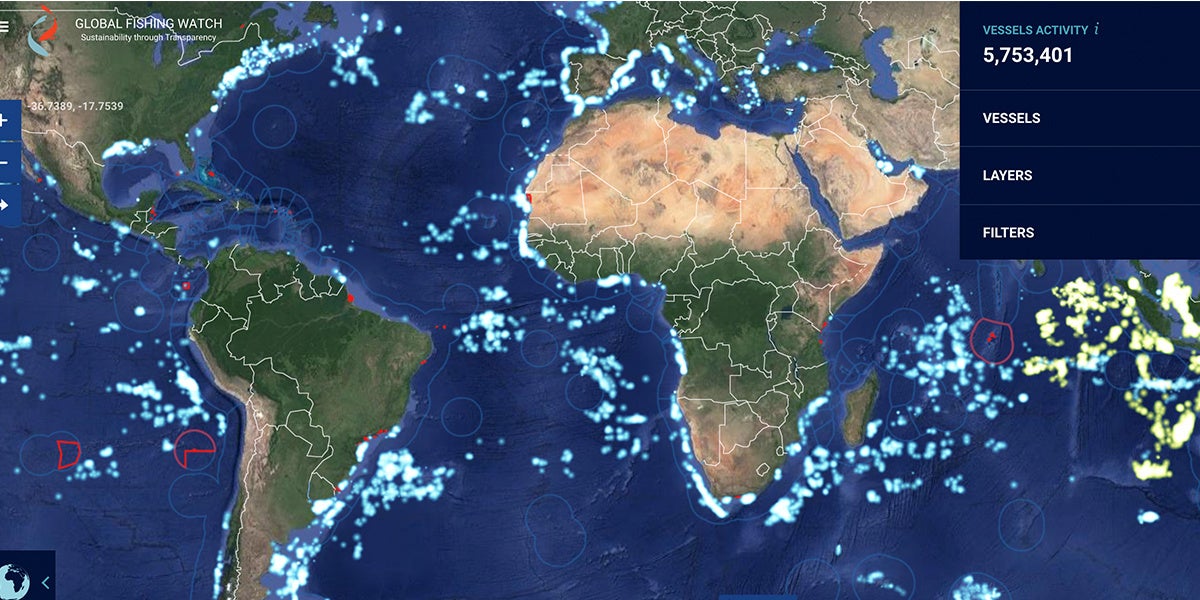 Industrial fishing takes place across more than 55 percent of the world’s oceans, according to a new study published in Science.

Fishing is vital for food security and livelihoods across the globe, yet the extent of industrial fishing has remained largely unknown. Now, a team of researchers has tried to solve this problem by using the Automatic Identification System (AIS), an automatic ship-tracking system that uses satellite and land-based receivers to monitor a ship’s location, originally designed to help prevent ship collisions.

To see where and when fishing takes place, the researchers tracked 77,000 industrial ships, including more than 75 percent of large-sized commercial vessels, using 22 billion AIS positions from 2012 to 2016.

“It was an immense effort to organize and process the AIS data, and then build complex machine learning algorithms,” said lead author David Kroodsma, the director of research and development at Global Fishing Watch, a collaborative non-profit supported by Oceana, SkyTruth and Google. “Global Fishing Watch and our partners have been working on this for several years.” 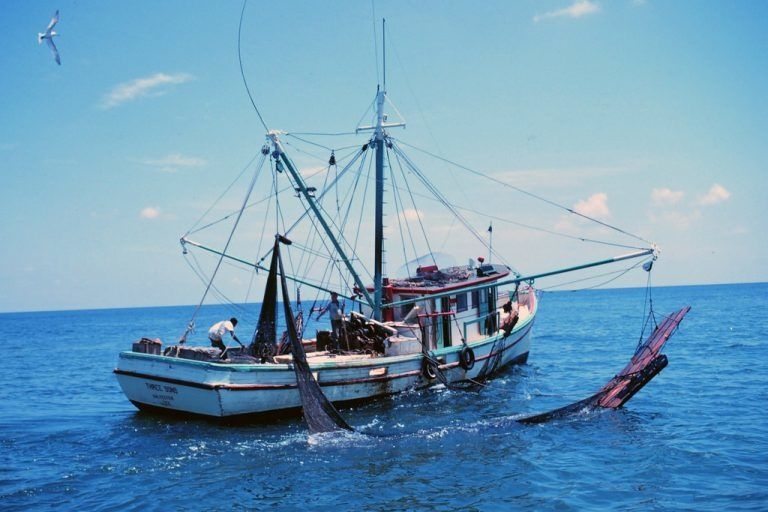 The resulting global maps revealed that industrial fishing vessels operated across more than 55 percent of the ocean, or over 200 million square kilometers (77 million square miles), in 2016 alone. That’s higher than the proportion of land (34 percent) used in agriculture or grazing, the researchers wrote.

The dataset also showed that in 2016, commercial ships spent 40 million hours fishing and covered more than 460 million kilometers (286 million miles), equivalent to traveling to the moon and back nearly 600 times. While most countries fished predominantly within their own exclusive economic zones, five nations—China, Spain, Taiwan, Japan and South Korea–accounted for more than 85 percent of observed fishing in the high seas (part of the oceans not within any country’s jurisdiction).

The researchers could also identify the kind of fishing gear the ships used. They found that longline fishing, which uses lines with evenly placed baited hooks, was the most widespread, seen in 45 percent of the ocean. By contrast, the team detected purse seine vessels, which use large dragnets, in 17 percent of the ocean, and trawlers in about 9 percent.

“Like some other fisheries colleagues, I was surprised that the AIS data coverage was as complete as the authors have demonstrated and that it was possible to determine which vessels are fishing,” said Reg Watson, professor of fisheries and ecological modeling at the University of Tasmania, Australia, who was not involved in the study. “Other studies I have been part of have shown the intensity of global fishing and the satellite data confirms this.”

The data also revealed that global fishing patterns were strongly linked to holidays and fishing closures. For instance, Chinese vessels showed massive dips in fishing activities during government-mandated seasonal fishing bans and around Chinese New Year. In contrast, many non-Chinese vessels reduced fishing over the Christmas and New Year holidays.

“This dataset provides such high-level resolution on fishing activity that we can even see cultural patterns, such as when fishermen in different regions take time off,” co-author Juan Mayorga of the University of California, Santa Barbara, said in a statement.

Using the AIS data does have a few limitations, though. Most small fishing vessels do not have AIS, for example, which means that only larger industrial fishing vessels can be tracked, Kroodsma said. “AIS can also be turned off, although we think this affects a minority of fishing vessels, and we account for this in our study,” he said. “Moreover, while satellite AIS reception is good across most of the globe, there are a few places, such as in southeast Asia, where reception is poor. Regulation on AIS use also varies by country, so you must take care to interpret different results from different countries.”

The global maps are freely available to the public, and show a near real-time view of fishing vessels and fleets from around the world.

“By making this data public, we are providing governments, management bodies and researchers with the information needed to make transparent and well-informed decisions to better regulate fishing activities and reach conservation and sustainability goals,” Mayorga said.

Watson said innovation was key for the future of fishing. “Though not intended for this purpose, the satellite data available to ensure the safety of ships can be very useful to map fishing but only after much clever processing,” he said. “This AIS data and other data from satellites will become increasingly important for monitoring fishing effort.

“I am already working with the authors to develop better global maps of fisheries catch and effort,” he added. “This is an excellent and valuable global initiative. We are only starting the process and it will be quite some time before we can observe all fishing from space but we need to start.” 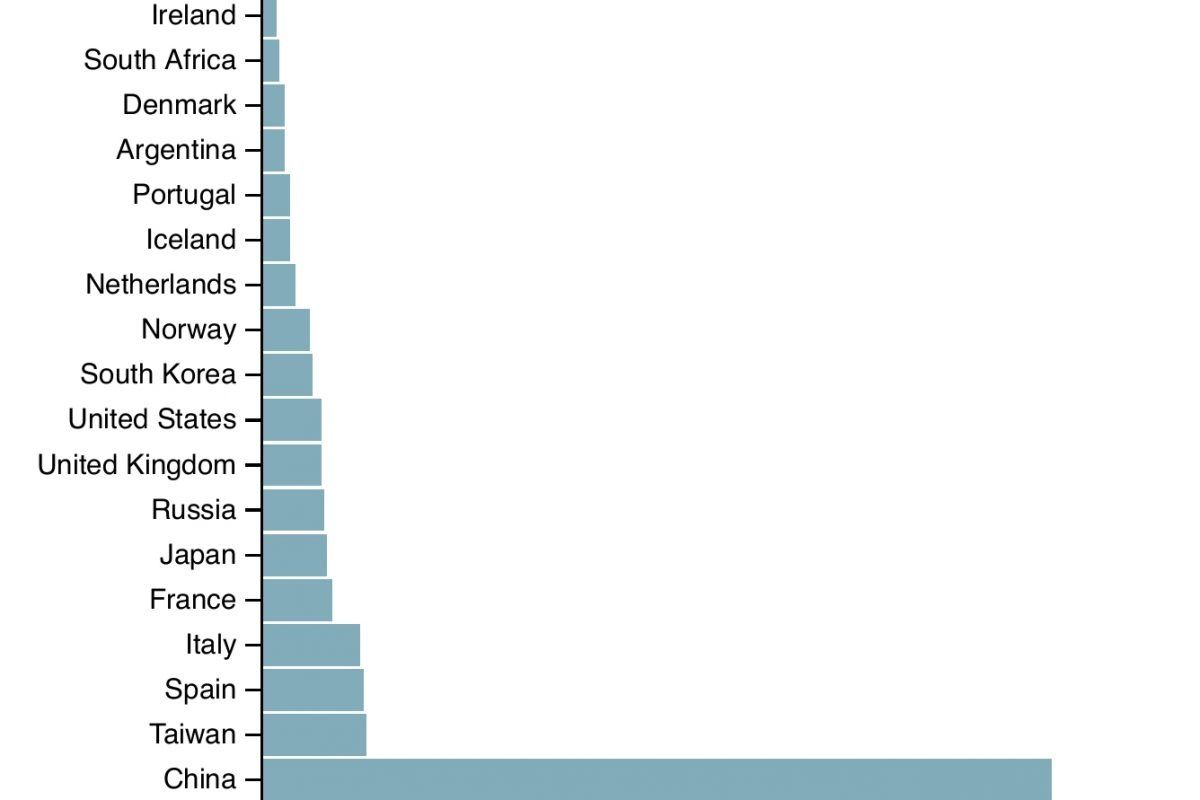 Fishing hours by country in 2016 Graph by Global Fishing Watch