International Women’s Day: These Women Are Winning the Fight Against Industrial Agriculture International Women’s Day is celebrated each year around the world on March 8. That inaugural date is linked to a women’s anti-war protest in Russia known as “Bread and Peace” in the early 1900’s. It was quickly replicated around Europe in the following year as women took to the streets, embracing the indisputable connection between hunger and war, expressing solidarity with women’s peace movements around the world and advocating for their countries’ governments to end armed conflict.

Early on rallies and protests by women were firmly established as a mechanism for building international solidarity around a feminist agenda. And the echoes of that mechanism are still reverberating today, as millions of people around the world took to the streets in January of this year (notably the largest protest in U.S. history) to remind world leaders, especially the newly elected U.S. president, that women’s rights are still human rights. 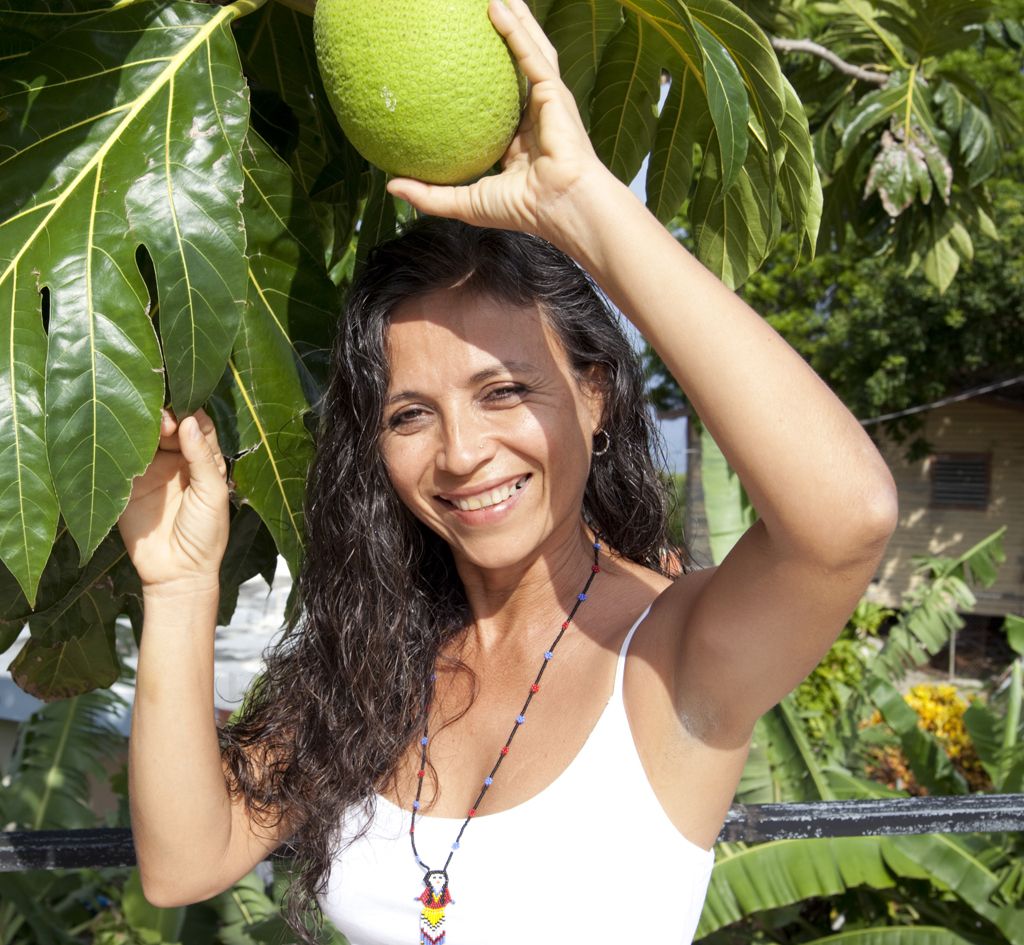 Magha Garcia is an eco-farmer and environmental activist. She is a member of the Organización Boricuá de Agricultura Ecológica, USA.

Today, International Women’s Day is recognized and celebrated in nearly every country—from villages to cities, from the Global South to the Global North—and has taken on a variety of hues and is realized in a variety of ways—protests, song and dance, conferences, shared meals and conversation and volunteer work.

This March 8, in honor of International Women’s Day, women organizers from around the world are amplifying their voices in resistance to the structural forms of violence against the Earth, all forms of life and especially women, as a result of the unmitigated growth of industrial agriculture and international agribusiness.

Industrial agriculture is the dominant form of food production in the U.S and, increasingly, around the world. The impacts of industrial agriculture on our health and our living environment are well-documented: pesticide toxicity, water pollution, processed food, antibiotic resistance, worker injustice.

Women, who are arguably the most responsible for food moving from field to table, have the most at stake. Women are responsible for 60 to 80 percent of food production in the Global South. And the share of U.S. farms operated by women has tripled in the past three decades. Official reports tell us that there are nearly 1 million women farmers in the U.S.—a vast underreporting when small-scale, subsistence and urban farms are added to that pool. We also know that women represent more than 43 percent of the agricultural workforce in the Global South and that 50 percent of food chain workers in the U.S. are women. And, according to the United Nations, women and girls around the world disproportionately suffer from hunger and food insecurity. Conservative estimates indicate that 60 percent of chronically hungry people are women and girls.

The statistics are important in understanding the vast impacts of industrial agriculture on women and their families, as well as the role women play in resisting those impacts. But it’s the stories that women tell—their words and images—that bring to life the ways in which industrial agriculture and international agribusiness are structural forms of violence against the Earth, all peoples and especially women. It’s not only the contamination of their bodies by agrochemicals—it’s also the forced displacement, the division of families and the loss of loved ones that results from migration and land conflicts. It is the denial of the right to food—food that is accessible, both economically and physically, adequate in nutrition, affordable and sustainable in both production and consumption. It is the denial of the right to healthy soil and clean water for food production. It is the denial of the right to sustain one’s family with dignity.

It is imperative; therefore, that women’s voices are at the center of the debate about how to dismantle the current food regime and replace it with food sovereignty and agroecology. Though not yet mainstream concepts or practices, the work of grassroots organizations is beginning to result in a scaling out of agroecology in both rural and urban areas. And the leadership of women has played a significant role in making that possible.

In honor of International Women’s Day, WhyHunger launched a new publication, Through Her Eyes: The Struggle for Food Sovereignty, which offers excerpts of interviews and dialogue with women organizers and food producers from the U.S. and globally in response to the question, “What are the impacts of industrial food and farming on women and how are women organizing to build an alternative?” This publication amplifies the voices of women who are on the frontlines in the ongoing struggle for land, water, localized economies and a world free of violence and hunger. It emerges in a moment when arguably a new world order is beginning to take shape. 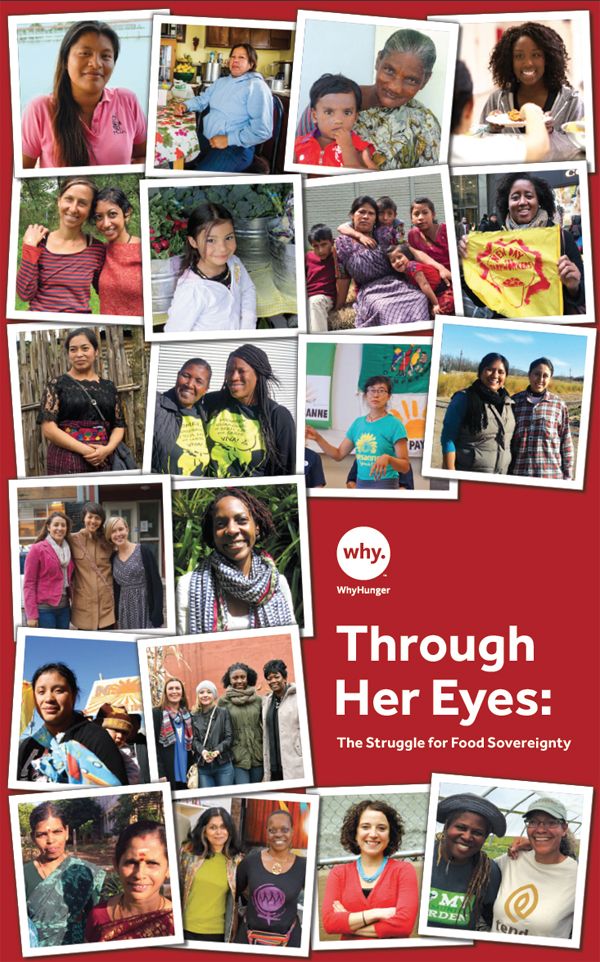 In the face of economic and social systems in crisis and deepening inequality the world over, the struggle for food sovereignty, agroecology and climate justice is a struggle for more than just the right to food. It is a struggle for a new world order that centers the rights of women to live freely and safely and to lead in envisioning and crafting a world void of hunger and violence. This International Women’s Day, join WhyHunger by standing in solidarity with women whose lived experiences are forging the path to food sovereignty.