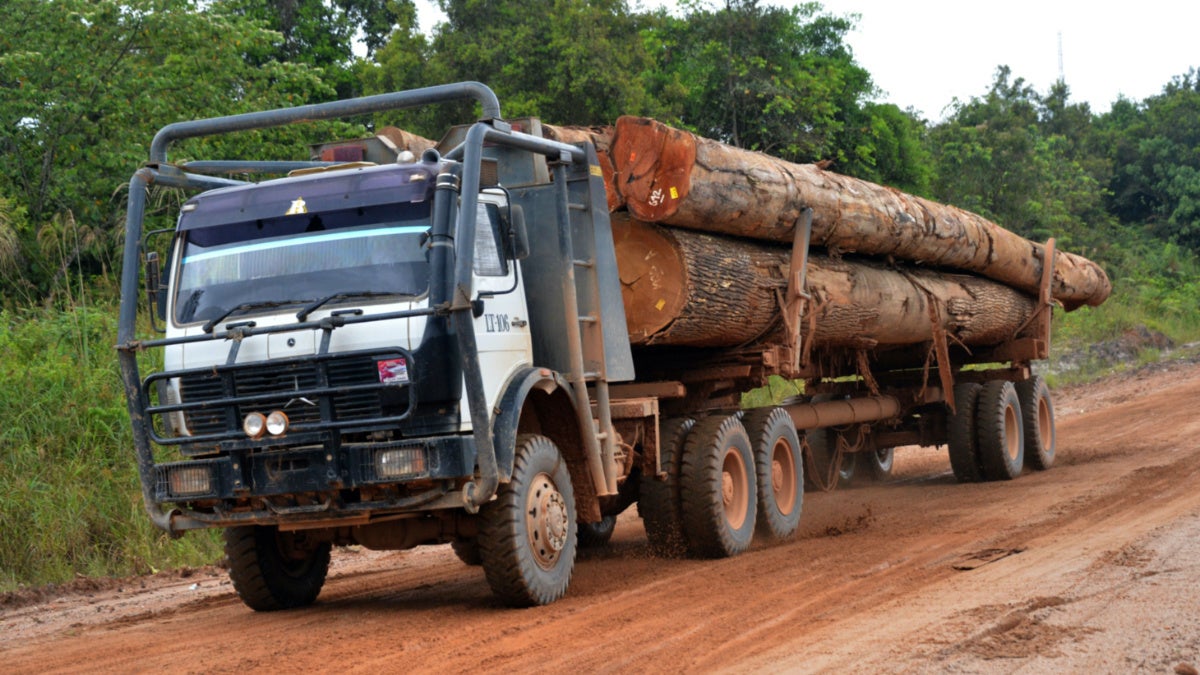 The Ministry of Trade issued a regulation revoking its decision from February to no longer require Indonesian timber companies to obtain export licenses that certify the wood comes from legal sources. BAY ISMOYO / AFP / Getty Images

The Indonesian government has backed down from a decision to scrap its timber legality verification process for wood export, amid criticism from activists and the prospect of being shut out of the lucrative European market.

On May 11, the Ministry of Trade issued a regulation revoking its decision from February to no longer require Indonesian timber companies to obtain export licenses that certify the wood comes from legal sources. That earlier decision caught environmental activists, the Ministry of Environment and Forestry, and even timber businesses by surprise, prompting a widespread outcry.

Sulistyawati, the trade ministry’s director of forestry product exports, said that with the revocation, the export process would go back to the previous system. She said the revocation was in accordance with a request from the Ministry of Environment and Forestry.

Under the trade ministry’s controversial February regulation, which would have taken effect on May 27, exporters would no longer have needed to obtain licenses verifying that their timber and finished wood products come from legal sources. The so-called v-legal (“verified legal”) licenses are at the heart of Indonesia’s timber legality verification system, or SVLK, which took the country a decade to develop and implement in an effort to tackle illegal logging.

The European Union, one of the key markets for Indonesian timber and finished wood products, recognizes the SVLK as the basis for importing timber from Indonesia into its market. Scrapping the standard would have jeopardized exports to the EU, experts warned. Activists were also quick to criticize the move, saying it would open up the black market for illegally logged timber.

Businesses, meanwhile, were worried the decision would undermine hard-won gains for the reputation of Indonesian timber, which was heavily associated with illegal logging in the past.

A recent poll by Gadjah Mada University showed that nearly half of 137 timber businesses surveyed felt ending the v-legal license requirement for exports would harm their business. Industry groups in key export markets have also raised questions about the policy, including the International Wood Product Association (IWPA) in the United States and the Australian Timber Importers Federation (ATIF).

The Indonesian Furniture Entrepreneurs Association (Asmindo), a trade group, welcomed the government’s U-turn and reinstatement of the v-legal license requirement. Robert Wijaya, the deputy head of regulation reviews at Asmindo, said the rationale that the licensing requirement put an onerous burden on exporters was baseless. He said data from the national statistics agency, the BPS, showed Indonesia’s furniture exports increasing since the implementation of the SVLK.

“So it’s not true that the SVLK is said to be hampering exports,” Robert said.

Muhammad Kosar, from the Indonesian Independent Forest Monitoring Network (JPIK), which keeps track of the SVLK’s implementation, said the trade ministry’s about-face showed the lack of coordination between government institutions. As a result, he said, different government departments have different interpretations of the importance of the system.

Krystof Obidzinski, a timber legality expert at the European Forest Institute, agreed that appreciation of the SVLK and associated export agreement with the EU might have declined in recent few years. Thus it’s important to communicate the importance of the SVLK to ministries other than the environment ministry, the main proponent of the system, so that the SVLK isn’t jeopardized in the future, he said.

“Communication and understanding of the SVLK outside the environment ministry are very minimal,” Obidzinski said. “Maybe that’s because [of] staff turnover or other interests. So to increase export and [strengthen] the SVLK, it’s important to build bridges with other ministries so that the level [of understanding] can be the same.”

Under the Voluntary Partnership Agreement (VPA), signed in 2013, all timber shipped to the EU from Indonesia must be certified under the SVLK, which aims to track the chain of custody of timber products and ensure that timber is harvested in compliance with Indonesian law. The agreement also requires Indonesia to commit to SVLK certification for all timber exports — not just to the EU — as well as timber traded in the domestic market.

That stringent implementation of checks at every stage of the process was the justification for cited by the trade ministry for dispensing with the requirement at the end stage — exports. In making this argument, the ministry adopted the main talking point of the Indonesian Furniture and Craft Association (HIMKI), a trade body that has been at the forefront of the lobbying efforts to drop the SVLK requirement for producers of finished wood items. It argued that if a piece of timber has already been legally certified at the logging stage, then there’s no need to continue with legality checks further on down the line, including for exporters.

HIMKI chairman Sunoto denounced the trade ministry’s backtracking, insisting the SVLK requirement made it difficult for producers to export their furniture products overseas.

This argument was echoed by Industry Minister Agus Gumiwang Kartasasmita during a government meeting on May 22. He suggested that the SVLK requirement should only be made mandatory at the logging stage, but not at the downstream level.

“So in the [planned] ministerial regulation, we will make sure that small-and-medium businesses no longer have problems for export, especially to China and Korea,” he said.