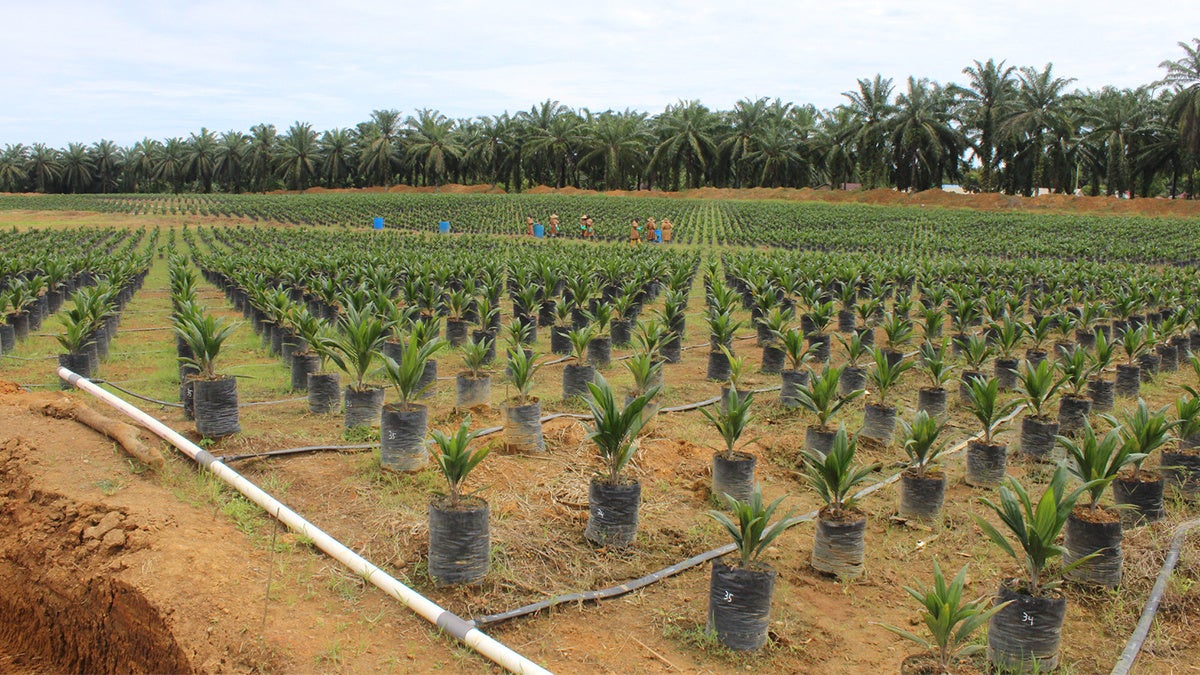 Journalists were found dead at a palm oil plantation like this one in Medan, North Sumatra, Indonesia. ILO Asia-Pacific / Flickr

Two Indonesian journalists who had reported on an illegal oil palm plantation in Sumatra while also allegedly trying to gain control of the crop have been found dead at the plantation.

The body of Maraden Sianipar, 55, was found on Oct. 30 in a ditch in the concession of palm grower PT Sei Alih Berombang (SAB). The body of Martua Siregar, 42, was found the next day in the bushes near a warehouse at the same site. Both men worked for a weekly publication, Pindo Merdeka, based in Medan, the capital of North Sumatra province.

Local media reported that Maraden had been found with his left arm hacked off and wounds to his head, while Martua appeared to have stab wounds in his abdomen, back and head.

Police have launched an investigation into the case amid mounting calls from Indonesian press groups condemning the deaths and demanding that the perpetrators be brought to justice. But it’s not clear whether they were killed because of their critical reporting on SAB, whose concession was sealed off by authorities a year ago after it was found to have cleared 750 hectares of forest to plant oil palms.

Witnesses said the pair were also known to be part of a community group that had for years been locked in a dispute with the plantation company and had sought to take control of the oil palms once the local forestry office had ruled that the company’s expansion onto forested land was illegal.

Other witnesses said Maraden and Martua had gone by motorbike to the plantation on Oct. 29 with a group of locals seeking to harvest the palm fruit. One witness said he had warned Maraden that plantation guards armed with machetes were guarding a checkpoint in anticipation of the group.

“We have questioned eight witnesses, and we’re collecting as much evidence [as possible] to solve the deaths of the two victims,” Budiarto, a local police chief, told reporters on Nov. 2. 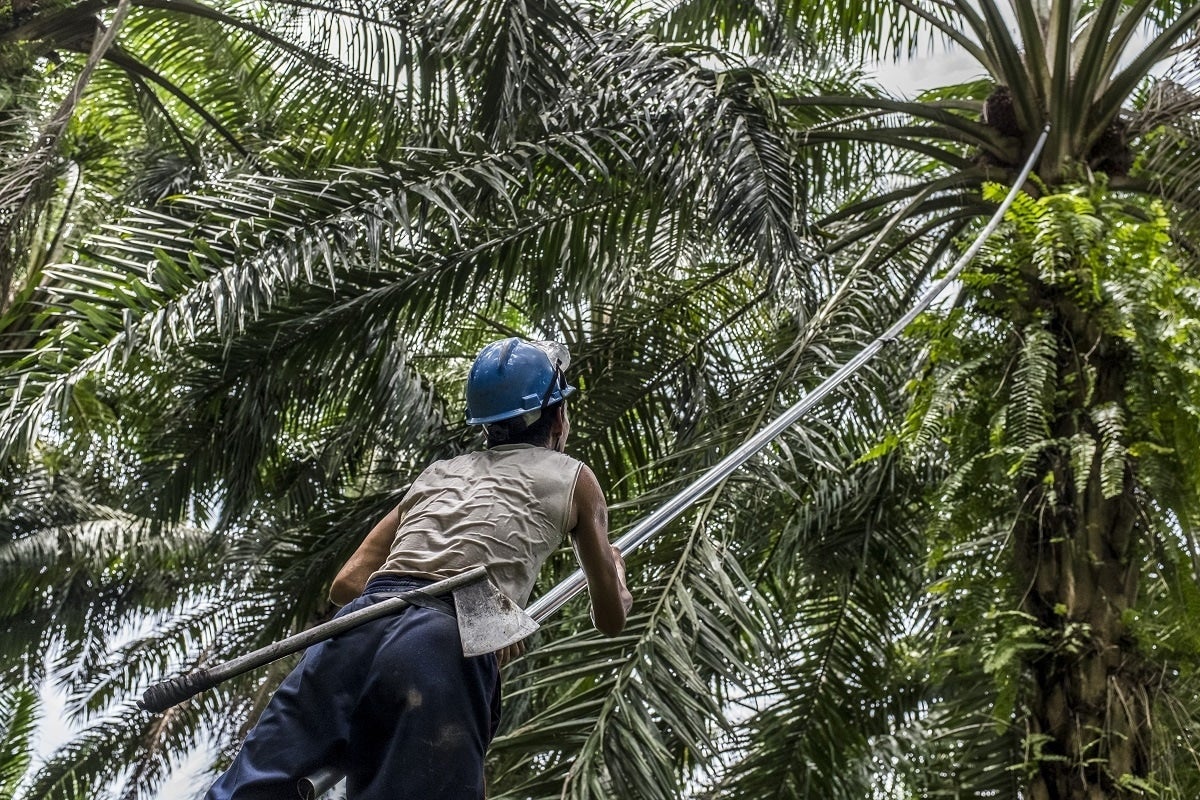 Locals reported that violent conflicts were common between the plantation’s security guards and people trying to take the palm fruit. The latter, who say they have just as much claim to the illegally cultivated crop as SAB, have sought assistance from environmental groups, including the Indonesian Forum for the Environment (Walhi), to resolve the land dispute that has simmered since 2015.

“We suspect the deaths [of the two] to be unusual,” said Khairul Buchori, who heads the advocacy and legal department at Walhi’s North Sumatra chapter.

Maraden and Martua’s deaths come less than a month after the suspicious death of Walhi environmental activist Golfrid Siregar, also in North Sumatra. He was found unconscious with severe head injuries on a traffic overpass in Medan, and died in hospital three days later, on Oct. 6, without ever regaining consciousness.

Golfrid was best known for his legal advocacy work for local communities ensnared in land conflicts with oil palm companies. At the time of his death he was also involved in a lawsuit against the North Sumatra government over alleged forgery in the permitting process for a controversial hydropower project in an orangutan habitat.

Police, however, ruled Golfrid’s death the result of a drunken-driving crash. But his former colleagues dispute that claim, pointing to several holes in the evidence cited by police, including independent testimony from his family that he wasn’t a drinker.

While the motives behind each of the recent deaths remain unclear for now, press and environmental activists agree that they ring alarm bells about the state of the free press and activism in the country.

There were also 171 recorded cases of violence against activists in Indonesia between 2010 and 2018, according to the Indonesian Human Protection Foundation (YPII), with most of the victims environmental activists.

Walhi’s Khairul called for the National Police to take over the North Sumatra police’s investigations into the recent deaths, saying the latter had “failed to resolve” these cases. 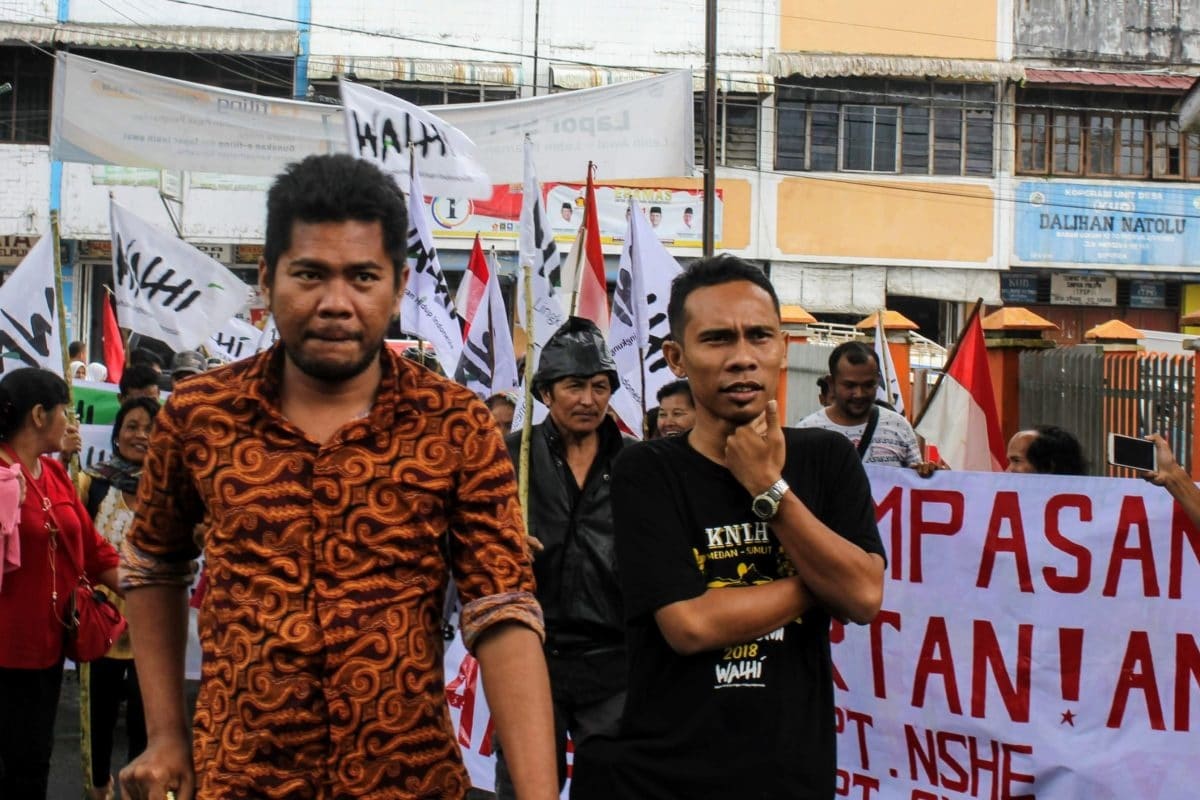 Golfrid Siregar, left, protests against the proposed Batang Toru hydropower project, which threatens the only known habitat of the critically endangered Tapanuli orangutan. Indonesian Forum for the Environment (Walhi)