26 Dead, 3,000+ Displaced by Landslides and Floods in Indonesia 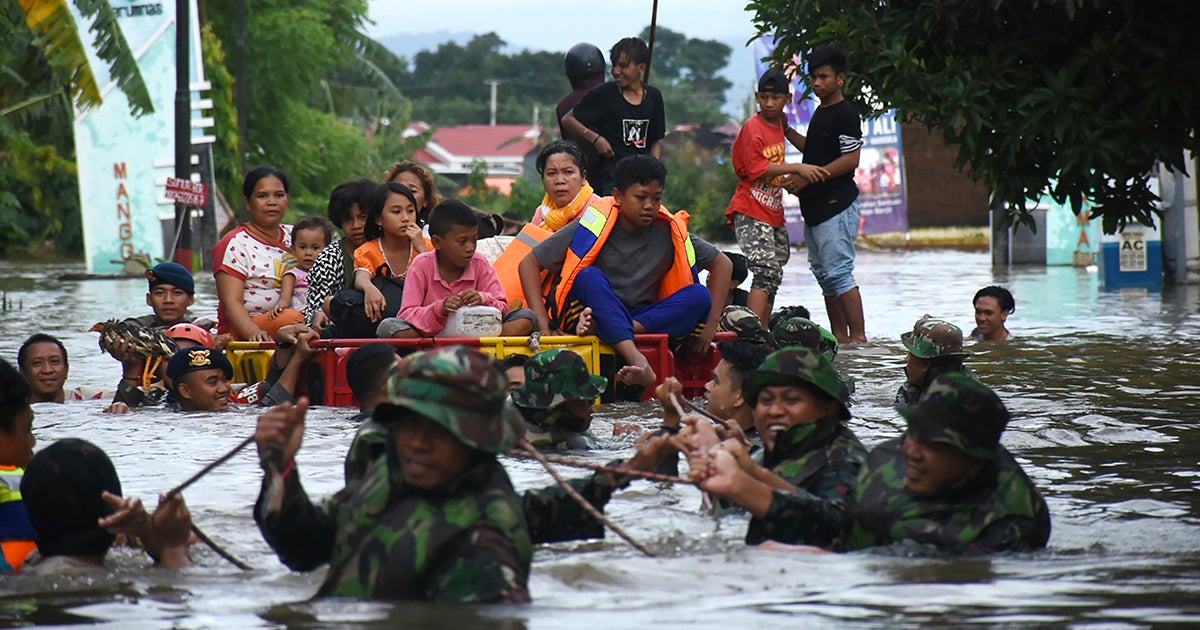 More than 20 people have died and more than 3,000 have been displaced by landslides and flooding following heavy rain in the southern part of Indonesia’s Sulawesi Island, AFP reported Thursday.

“As of this morning, 26 people are confirmed to have died and 24 others are missing,” Syamsibar, the head of the local disaster agency, said Thursday.

At least 46 people have been injured badly enough to need treatment at hospitals or clinics.

Death toll from flash floods and landslides in Indonesia jumps to 26 as rescuers race to find still-missing victimshttps://t.co/sFBXzcvdWR

📷As residents evacuate their homes in Makassar a dog is left stranded pic.twitter.com/OZPp7dVB6l

The flooding came after more than half a foot of rain fell within 24 hours on Tuesday, Weather.com meteorologist Chris Dolce said.

Extreme precipitation events are expected to increase with climate change, especially in South Asia, according to Carbon Brief. AFP notes, however, that landslides and flooding are regular occurrences during Indonesia’s October to May monsoon season. A World Wildlife Fund report on climate change impacts in Indonesia found that its southern region, including South Sulawesi, was seeing less annual rainfall but more rain during the wet season.

Some of the most dramatic flooding occurred Tuesday afternoon when officials opened floodgates to the Bili Bili dam 20 miles east of Makassar, Weather.com reported. The resulting flash flood caused water levels to rise five feet in the Makassar suburb of Katimbang.

For local resident Jihadul Arifin, the speed made the flood “different from floods in the previous years.”

He further said he did not have time to secure his possessions before the flood waters hit, The Jakarta Post reported.

“We have not had the chance to secure it because the water was immediately high,” he said.

Gowa District Regent Adnan Purichta Ichsan said some of the event’s victims died from electric shocks, while others were buried in landslides, The Jakarta Post reported.

“We are continuing to evacuate and assist residents affected by the flood,” he said.

As of Wednesday, there were more than 2,000 people living in temporary shelters in government offices or mosques, The Associated Press reported.

Bridges had also been damaged by the flooding and affected areas had lost power. Overall, nine districts were impacted.