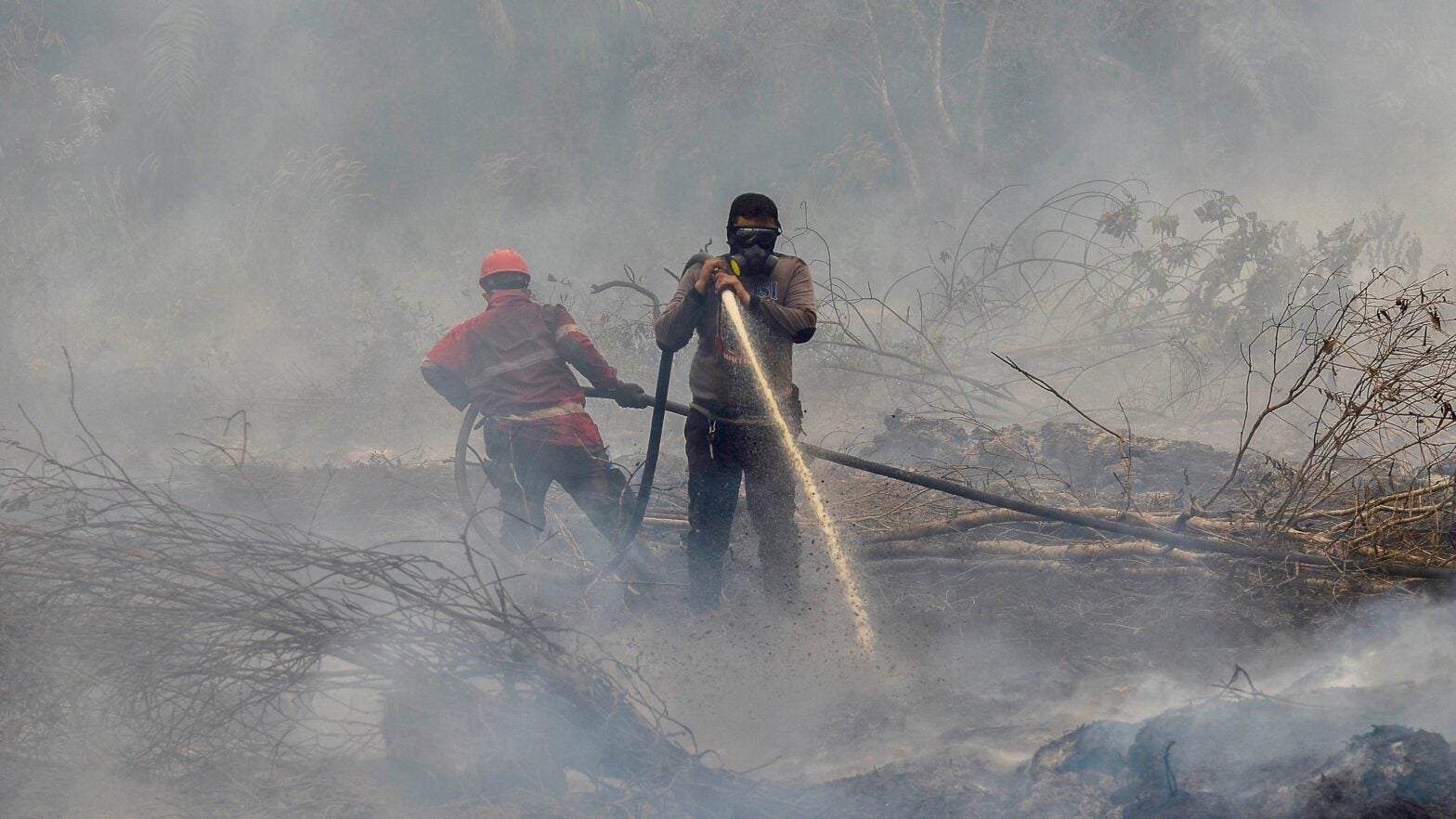 Indonesian firefighters battle a forest fire, one of many spewing toxic haze across the region causing an increase in reports of respiratory illnesses, in Kampar, Riau on Sept. 23. WAHYUDI / AFP / Getty Images

Indonesia’s forest fires have made headlines globally over the past few weeks. This year’s forest fires have affected millions of people. Schools have closed in some areas due to unsafe levels of air pollution, while many people are suffering from respiratory illnesses. The haze has spread so far as to affect Singapore and Malaysia.

While forest fires are cyclical, typically occurring in Indonesia every year from July through October, this year’s season is the worst since 2015, when fires resulted in $16 billion in economic losses and spewed more greenhouse gas emissions daily than the entire U.S. economy. The fires — most of which have been set intentionally to clear land — threaten to derail progress Indonesia has made in curbing its deforestation in recent years. 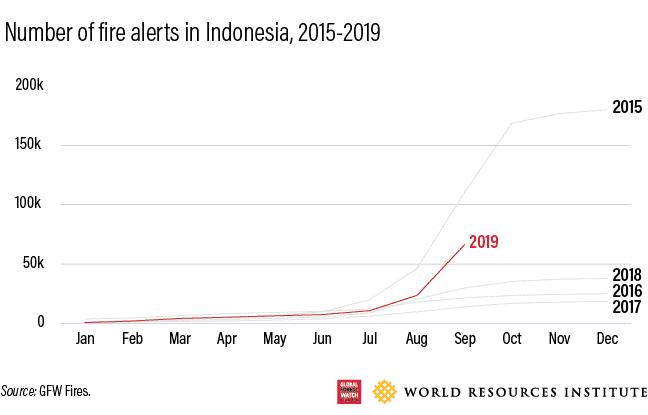 Of the countries historically most responsible for the world’s deforestation, Indonesia is the only one that’s actually reduced its deforestation rate in recent years. This year’s fires season could derail this promising trend.

According to annual tree cover loss data on Global Forest Watch, Indonesia’s deforestation rate declined significantly in 2017 and 2018, after a record-high in 2016. National policies like the forest moratorium and peatland restoration plan played a big role, but these years also benefited from wetter conditions associated with the La Niña weather pattern. While farmers set fires every year to clear land, the blazes are less likely to spread or rage out of control during wet years than they are during dry years. With the return of El Niño this year and its warmer, drier conditions, it’s unclear if Indonesia will see further declines in deforestation this year. We’ll need to wait until Global Forest Watch’s 2019 tree cover loss data is available to measure fires’ full impact on the country’s forests.

42% of fires have occurred in peatlands.

Data on GFW Fires shows that 42% of fire alerts detected in Indonesia this year occurred in peatlands, just like in 2015 where 40% of fires were observed on peatland.

Fires on carbon-rich peatlands are notoriously difficult to extinguish. Organic matter inside peat makes fires bigger and generates more haze. Burning peatland is also problematic for the climate — draining one hectare of tropical peatland will produce an average of 55 metric tons of carbon dioxide per year, the equivalent of burning more than 6,000 gallons of gas. 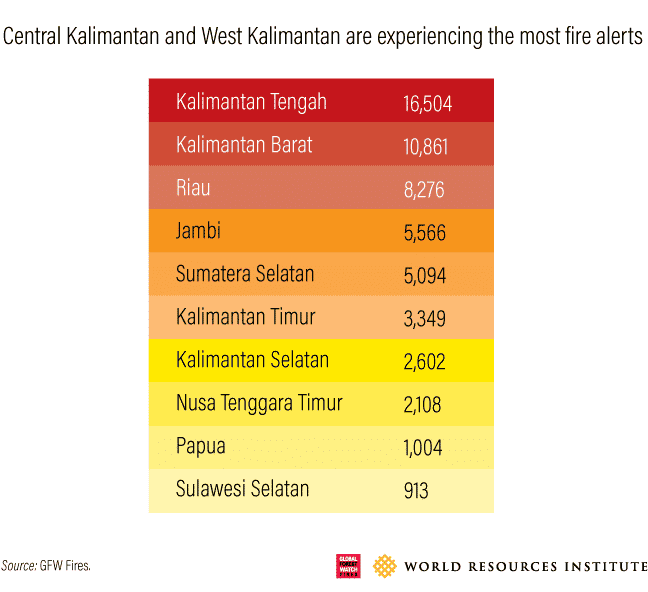 Ketapang is the biggest regency in West Kalimantan, and an area where the expansion of oil palm plantations has resulted in significant tree cover loss. Pulang Pisau regency is very vulnerable during the dry season because its geological structure is dominated by drained peatland. The government’s Mega Rice Project of the mid-1990s sought to convert 1 million hectares of peatlands into rice plantations. The program has since been abandoned because the land proved unsuitable for massive rice cultivation.

What Can We Do?

The fact that fires are still a far cry from the levels seen in 2015, the last time the country experienced an El Niño weather pattern, shows an improvement in the government’s effort to tackle forest and peatland fires. However, experts agree that more efforts to reduce forest fires and haze are required, and the country still could go further in preventing forest fires. Three actions could help: