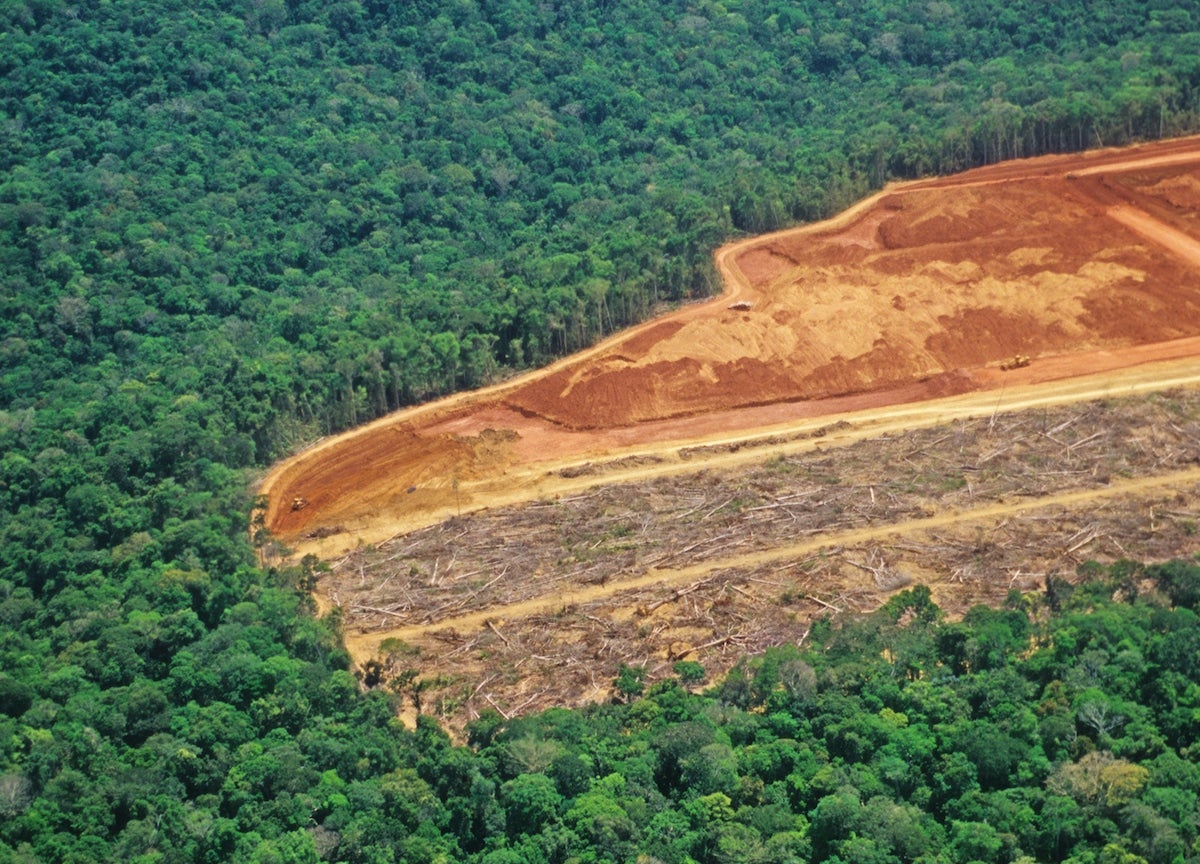 The Man of the Hole lived in a forest preserve surrounded by cattle ranches. luoman / E+ / Getty Images

The last member of an Indigenous tribe in Brazil has died, Brazil’s federal agency for Indigenous affairs — Funai — announced on Saturday.

The man was the sole survivor of the murder of the rest of his people beginning in the 1970s to clear the way for cattle ranching, Survival International said in a statement.

“No outsider knew this man’s name, or even very much about his tribe — and with his death the genocide of his people is complete,” Survival International Research and Advocacy Director Fiona Watson said in the statement. “For this was indeed a genocide — the deliberate wiping out of an entire people by cattle ranchers hungry for land and wealth.”

The man was called “The Man of the Hole” by outsiders because of his tendency to dig deep holes and occasionally place sharpened sticks at their bottom. He would also hide in the holes he dug and keep anyone who tried to approach away with arrows and traps, The Guardian reported.

“He didn’t trust anyone because he had many traumatising experiences with non-Indigenous people,” retired explorer Marcelo dos Santos, who kept an eye on him for Funai, told The Guardian.

Yet despite his avoidance of outsiders, he became a sort of figurehead for Indigenous rights since he was first observed in the 1990s. In 1997, Funai created a reserve called Tanaru where he could remain uncontacted.

“He symbolized both the appalling violence and cruelty inflicted on Indigenous peoples worldwide in the name of colonization and profit, but also their resistance. We can only imagine what horrors he had witnessed in his life, and the loneliness of his existence after the rest of his tribe were killed, but he determinedly resisted all attempts at contact, and made clear he just wanted to be left alone,” Watson said in the Survival statement.

He was discovered lying dead in a hammock in his home by Funai last Tuesday, NPR reported. He was around 60 years old and officials believe he died of natural causes, though they have ordered a medical exam to be sure. He had placed bright feathers around his body before he died, The Guardian reported, indicating that he was perhaps preparing for death.

In the wake of his passing, the Observatory for the Human Rights of Isolated and Recent Contact Indigenous Peoples (OPI) called for his home to be made into a permanent reserve and for archaeologists and anthropologists to conduct research to learn more about how he might have lived.

“Because he resolutely resisted any attempts at contact, he died without revealing which ethnicity he belonged to, nor the motivations of the holes he dug inside his house,” OPI said in a statement reported by The Guardian.

The man’s death also comes at a perilous moment for Indigenous rights in Brazil. Since right-wing President Jair Bolsonaro came to power in 2019, land invasions and the illegal extraction of resources on Indigenous territory have tripled, the Indigenous Missionary Council (CIMI) said in a recent publication, as CNN reported. There were 305 incidents in 2021, compared to 109 in 2018.

“In addition to the quantitative increase in cases and lands affected by the illegal action of miners, loggers, hunters, fishermen and land grabbers, among others, the invaders intensified their presence and the brutality of their actions in indigenous territories,” CIMI said, as CNN reported.

Bolsonaro has expressed his desire to exploit nature resources on Indigenous territories.

“The indigenous cannot continue to be poor over a rich land,” he said in April 2019.

The protection of Indigenous territories is therefore a major issue in Brazil’s upcoming October general election, in which a record 181 Indigenous candidates have decided to run for office, according to NPR. Bolsonaro’s chief rival for the presidency is former left-wing President Luiz Inácio Lula da Silva who has said he would end illegal mining on Indigenous lands if elected.

In this context, The Man of the Hole’s lonely life and death stand as an example of what is at stake.

“If President Bolsonaro and his agribusiness allies get their way, this story will be repeated over and over again until all the country’s Indigenous peoples are wiped out,” Watson said in the Survival statement. “The Indigenous movement in Brazil, and Survival, will do everything possible to ensure that doesn’t happen.”

Outrage as Biden Administration Recommends Major Alaska Oil Project
A study released by the Biden administration recommends giving the
By Cristen Hemingway Jaynes
7 Colorado River States Miss Deadline for Water Reduction Plan
Seven states that depend on the drought-stricken Colorado River for
By Cristen Hemingway Jaynes
Biden’s EPA Protects Alaska’s Bristol Bay From Controversial Pebble Mine
The watershed of Bristol Bay, Alaska, is home to the
By Olivia Rosane