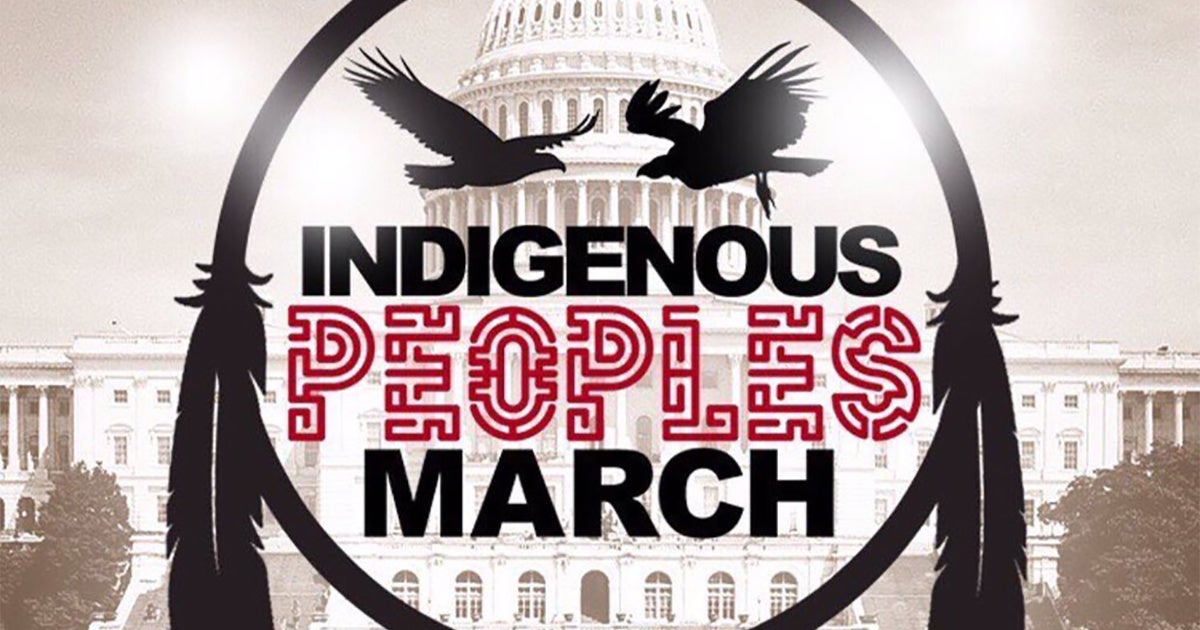 Raising alarm about human rights violations and the global climate crisis, activists from around the world are traveling to Washington, DC for the first annual Indigenous Peoples March, which will kick off at 8 a.m. local time on Jan. 18 outside the U.S. Department of the Interior’s main building.

“It’s wonderful—and needed, now more than ever—to see so many tribes and organizations coming together to raise awareness about the ongoing need to preserve and respect the rights of Indigenous peoples,” said organizer Phyllis Young of the Lakota People’s Law Project.

Launched by the Indigenous Peoples Movement, a newly formed coalition dedicated to fostering positive change on “issues that directly affect our lands, peoples, and respective cultures,” the march will be preceded by a group prayer at 9 a.m. and followed by an evening fundraising concert at the Songbird Music House.

“Indigenous people from North, Central and South America, Oceania, Asia, Africa, and the Caribbean are a target of genocide,” the organizers charge. “Currently, many Indigenous people are victims of voter suppression, divided families by walls and borders, an environmental holocaust, sex and human trafficking, and police/military brutality with little or no resources and awareness of this injustice.”

More than 10,000 marchers are anticipated to descend on DC for the event, including people from Australia, Guatemala, Papua New Guinea, Canada, the Caribbean and across the U.S. Those interested in participating or supporting the march can check for updates on the official Facebook event, and are encouraged to post updates to social media using the hashtags #IPMDC19 and #WHYIMARCH.

Chase Iron Eyes, lead counsel for the Lakota People’s Law Project, said in a statement on Wednesday that his delegation will also advocate for a Green New Deal—an increasingly popular proposal championed by the Sunrise Movement and other grassroots organizations as well as Rep. Alexandria Ocasio-Cortez (D-N.Y.) and a growing number of Democratic lawmakers that would pair climate and economic policies—”as a way to combat climate change and create green jobs, especially in Indian Country.”

“It’s going to be a beautiful day,” he said of the march. “Our people are under constant threat, from pipelines, from police, from a system that wants to forget the valuable perspectives we bring to the table. But those challenges make us stronger. We look forward to gathering together and raising awareness. We must remind the world, again, that Indigenous people matter. We are all made better when we respect one another and lift each other up.”

Iron Eyes’ comments come just a day after global protests spurred by outrage over the Canadian government’s support for TransCanada’s plans to build a fracked gas pipeline through unceded Wet’suwet’en territory, despite opposition to the project from First Nations leaders. Public anger ramped up on Monday afternoon, ahead of the demonstrations, after the Royal Canadian Mounted Police invaded a checkpoint established by Indigenous land defenders and arrested 14 of them.

We stand with you! https://t.co/1VFEdqgu2Q

Plans for the march also come amid growing concern over the presidency of Brazil’s Jair Bolsonaro, who was sworn in at the beginning of the year and has not wasted any time launching attacks on the environment and Indigenous communities in his country.

As Common Dreams reported, “On his first day in office, Bolsonaro introduced an executive order that will effectively take away land rights for indigenous Brazilians and descendants of former slaves and gave control of Amazon lands to the agriculture ministry; eliminated LGBTQ rights from the purview of the country’s human rights ministry; and set the minimum wage lower than the rate his predecessor’s government had budgeted for.”