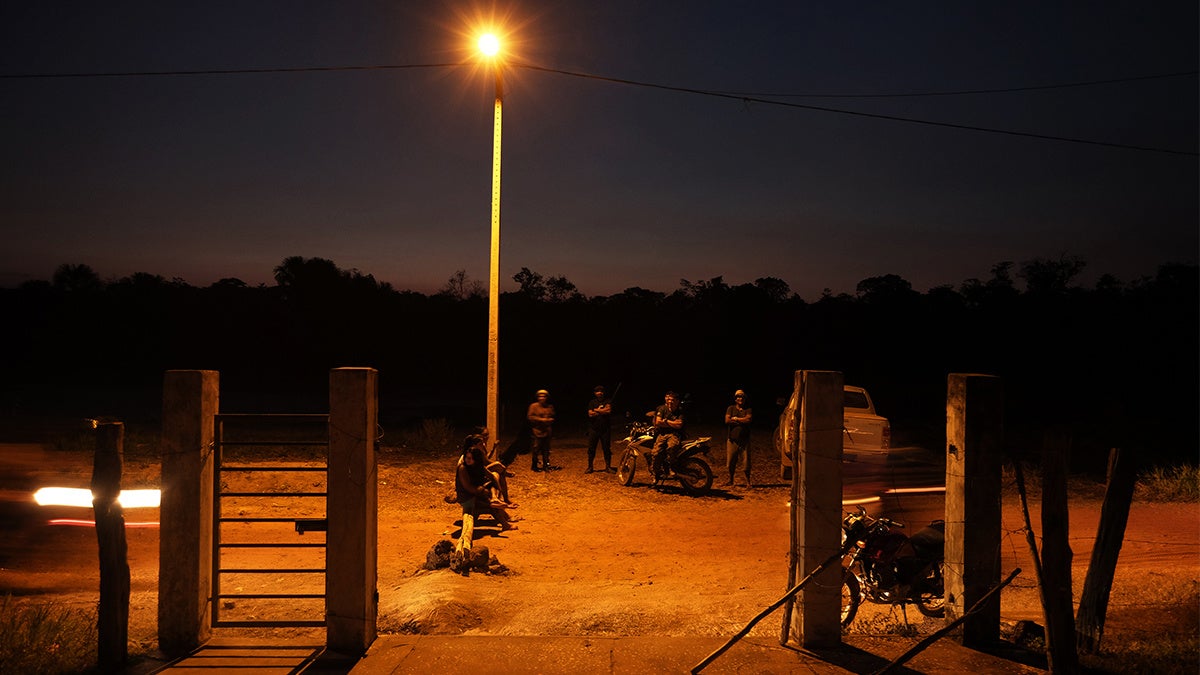 Two indigenous leaders were killed in a drive-by shooting in Northeast Brazil Saturday, and two others were injured.

The murdered men belonged to the Guajajara tribe, which is known for organizing guardians to defend their Amazon rainforest territory against illegal tree clearing, The Guardian pointed out. Violence against Brazil’s indigenous communities has increased during the presidency of far-right leader Jair Bolsonaro, who has spoken against indigenous reserves and promised to open more of the Amazon to agriculture and industry. Saturday’s killings come little over a month after illegal loggers shot and murdered forest guardian Paulo Paulino Guajajara.

“How long will this go on? Who will be next?” Sonia Guajajara, leader of Brazil’s Indigenous People Articulation (APIB), told The Guardian. “The authorities need to look at our indigenous people. They’re taking away our lives.”

One indigenous witness recorded a video of the scene, along with a plea for help.

“Please spread this video so that people can know the state of vulnerability we are in, for lack of security, for illicit acts that some people practice. And now our relatives have had to pay with their own lives,” the filmer said, according to Amazon Watch. “This can’t keep happening. Brazilian authorities and responsible bodies must take action on this.”

The murdered men were chiefs named Firmino Prexede Guajajara and Raimundo Guajajara, according to Amazon Watch. They were riding a motorcycle on their way back from advocating for indigenous rights at a meeting with Brazilian electric utility Eletronorte and Funai (Brazilian National Indigenous Foundation). When they reached the part of a highway near El-Betel village, the murderers opened the windows of a moving car and opened fire, tribal spokesman Magno Guajajara said, according to The Guardian.

“They were shooting at everyone,” he recounted.

Magno said he did not know why the men were targeted. Brazilian Justice Minister Sergio Moro said on social media that the federal police were investigating the murder and that he would consider dispatching a National Guard unit to the area.

News of the killings sparked outrage from international activists.

“Indigenous people are literally being murdered for trying to protect the forest from illegal deforestation,” 16-year-old Swedish climate activist Greta Thunberg tweeted Sunday. “Over and over again. It is shameful that the world remains silent about this.”

Indigenous people are literally being murdered for trying to protect the forrest from illegal deforestation. Over and over again. It is shameful that the world remains silent about this. https://t.co/u1eLE8t0K4

“An institutionalized genocide of indigenous peoples is taking place in Brazil,” Poirier said. “They are being left alone, vulnerable to all kinds of threats and violence. The international community must not accept that any more indigenous blood be shed. It is the constitutional duty of the Brazilian government to protect indigenous territories and ensure the safety of their peoples.”