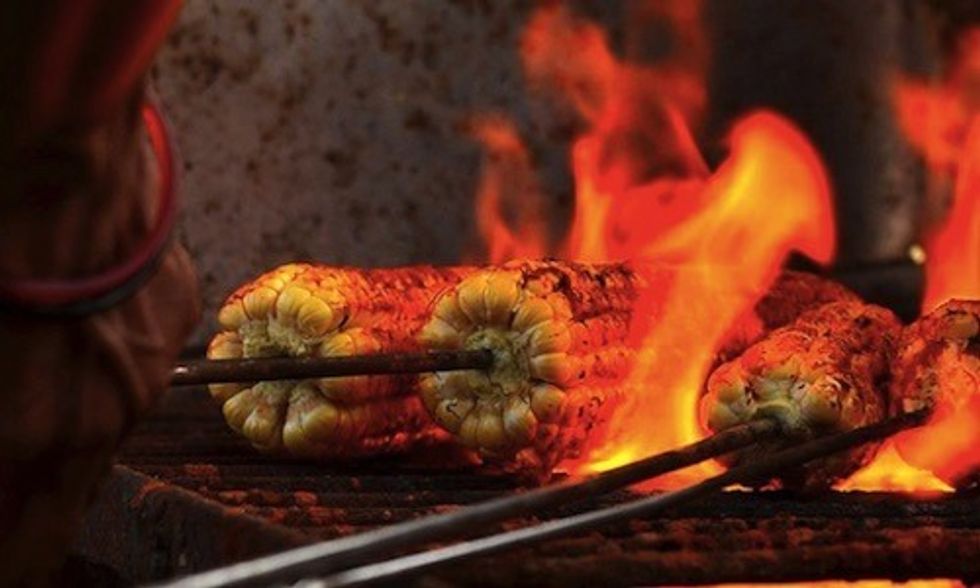 India, which currently does not allow the growing of genetically modified (GMO) crops, is preparing to lift its import ban on corn for the first time in 16 years which could potentially open the doors to GMO contamination in its food supply.

India will import corn for the first time in 16 years due to production shortage issues caused by drought. Photo credit: Flickr

India will receive 250,000 tonnes of non-GMO corn from South Korea's Daewoo International via Ukraine, however as experts warned to Reuters, it is difficult to ensure that the supply is 100 percent non-GMO.

It only takes a few GMO seeds to mix with local varieties and enter India's food supply chain, an Indian government scientist explained to the news agency.

"The biggest risk of accepting anything less than 99, or 100, percent is that the imported GM corn may eventually get mixed with conventional seeds that farmers sow in India," the scientist, who asked to not be named, told Reuters. "If, God forbid, any GM seed gets mixed here, it'll spoil the entire Indian agriculture."

Two international traders in Singapore and an exporter in Kiev told Reuters that Ukraine could at best guarantee 99.1 percent non-GMO corn.

This issue highlights the contentious future of Indian agriculture. GMOs are a polarizing subject in the country. On the one hand, advocates of GMOs point to the crops' increased yields due to its resistance to pests, herbicides and weather conditions. In fact, Prime Minister Narendra Modi has advocated using biotechnology to improve farm productivity and even encouraged open GMO corn field trials after a five-year de facto ban.

The United Nations expects India to surpass China as the world's most populous country. With so many more mouths to feed as well as a growing appetite for meat, advocates say that the importation or cultivation of GMO crops such as corn, wheat and soy could ensure food security not only for humans, but for livestock and livestock products (such as eggs, dairy, etc.).

Coupled with a growing population, the volatility of climate change has already left a marked impact on the country's crops and has lowered yields. As Live Mint noted, India decided to lift its 16-year-ban on corn imports due to shortage in production caused by two straight years of drought.

Reuters reported earlier this month that India is weighing it's first genetically modified food crop, mustard. According to the report, "if a commercial launch of GM mustard is allowed, it could pave the way for other food crops such as corn varieties developed by Monsanto, in one of the world's biggest farm markets."

On the other hand, as Nature reported:

India has more than 100 million farmers, who are concerned that if GM crops become prevalent, their livelihoods and the nation’s food supply will increasingly rely on expensive, rapidly changing and proprietary seed technologies owned by large corporations, says Glenn Stone, an environmental anthropologist at Washington University in St. Louis, Missouri.

Critics cite the rampant use of herbicides and pesticides on GMO crops. Food security activist and outspoken GMO opponent Dr. Vandana Shiva wrote in The Asian Age (via MintPressNews), that GMO mustard seed requires the use of potentially toxic herbicides.

"We need to stop the insanity of transforming mustard—the symbol of spring and abundance in our culture—into a toxic crop with terminator genes, sprayed with lethal herbicides that kill everything green and directly damage our health," she wrote.

Currently, Bt cotton is the only genetically modified crop allowed for commercial cultivation, a crop that has been tied to the suicides of 270,000 Indian cotton farmers have since 1995. These farmers are trapped in a cycle of debt due to high prices of GMO seeds, as the The Guardian reported:

India is experiencing its biggest wave of suicides among cotton farmers. Some observers have linked the deaths to the introduction of costly genetically modified seeds, fertilizers and insecticides. Many farmers turn to loan-sharks to pay for these items, however unfavourable weather conditions, or even a mere dip in the global price of cotton, can spell disaster for growers.