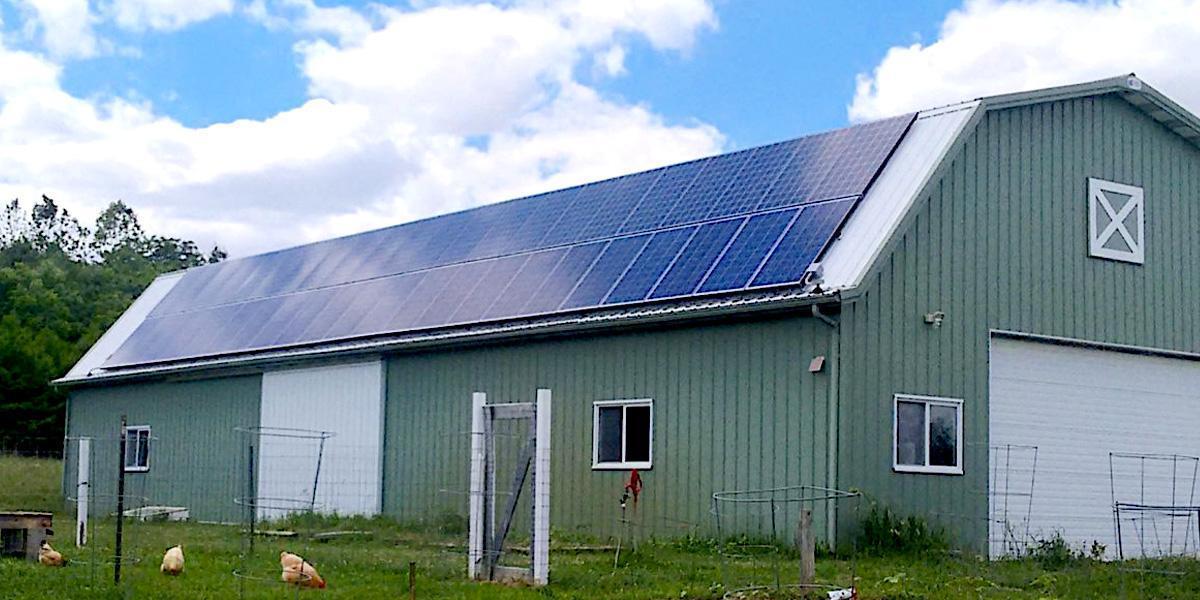 By Jeremy Deaton and Laura A. Shepard

In Indiana, solar employs nearly three times as many people as natural gas, according to the Department of Energy. You might think, given the numbers, that legislators would want to protect the state’s nascent solar industry.

You would be wrong.

The bill is an improvement on a previous version that would have required rooftop solar owners to sell all of the power they produce at the wholesale rate and buy it back at the retail rate—effectively treating homeowners both as power plants and consumers. But, the new version restricts solar in other important ways:

• It ends net metering for new customers after 2022.

• It ends net metering for existing customers who replace or expand their solar system after 2017.

• It empowers utilities, with the approval of the regulatory commission, to charge rooftop solar owners an additional fee for “energy delivery costs.”

Additionally, the bill may be interpreted to end net metering for homeowners who lease their panels or subscribe to a shared solar array—what’s known as community solar.

“It’s somewhat ambiguous in the current legislative text, but I wouldn’t be surprised if that’s the intent of the language,” said Amit Ronen, director of the George Washington University Solar Institute. “This bill is obviously an attempt to derail the rapid growth of rooftop and community solar in Indiana.” 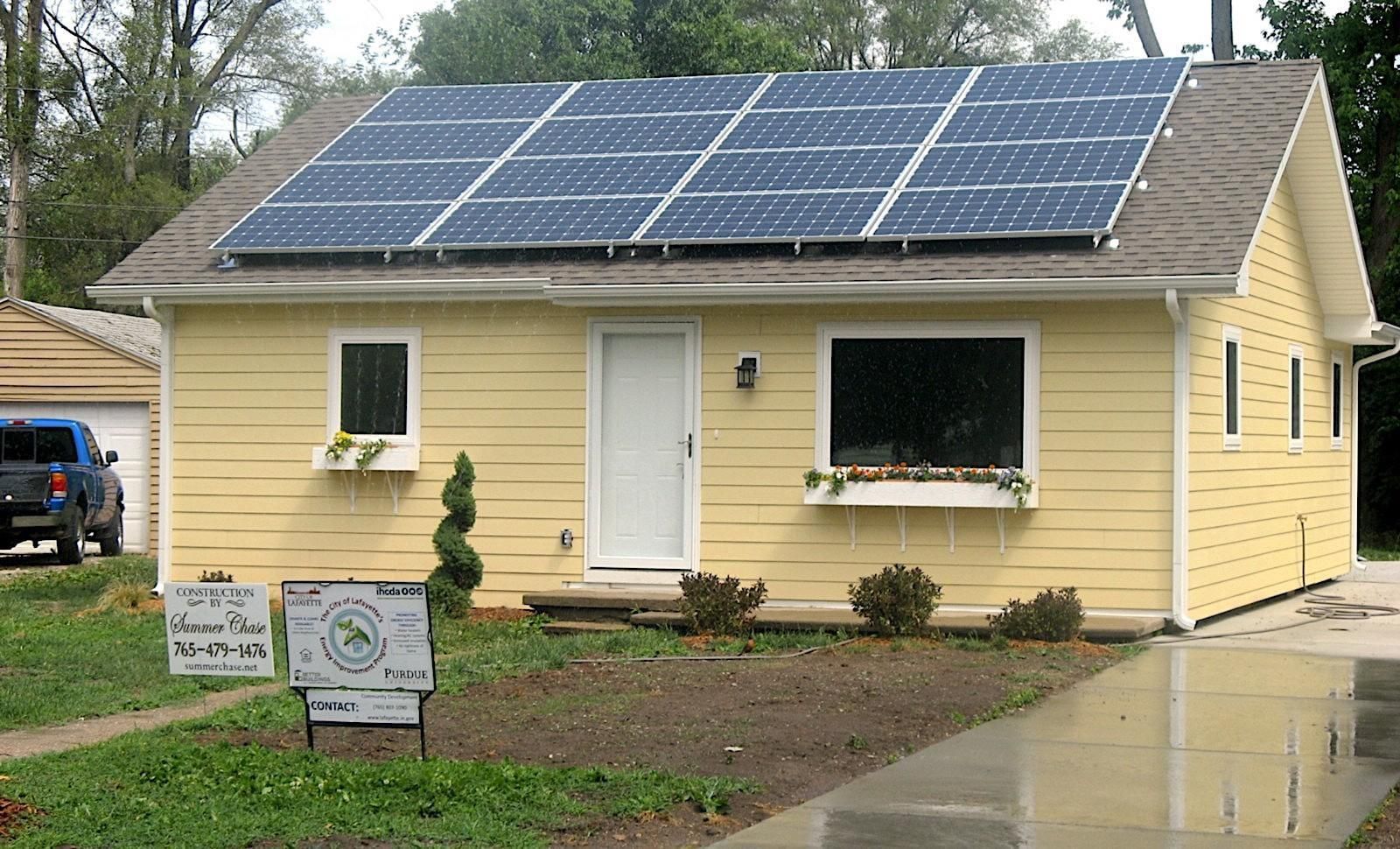 Jesse Kharbanda, executive director of the Hoosier Environmental Council, said the public vehemently opposed the bill. “Ask Republicans, ‘What kind of feedback are you getting from your constituents?’ They’ll tell us that they have gotten dozens and dozens of calls opposing the bill, but zero supporting the bill.”

Still, Indiana legislators have been trying to stifle the growth of solar for years. A 2015 bill would have radically scaled back net metering, but advocates defeated the legislation. This time, they weren’t so lucky.

“A lot of representatives that I know didn’t listen to the people and that’s a bummer,” said Paul Steury, a solar installer at Indiana firm Photon Electric. Steury said the law strips away incentives for rooftop solar, which could put a dent in sales. “I feel solar is the future, and we need to think more about the future.”

Clean energy has also become a significant source of jobs in Indiana. While coal is the biggest source of electricity in the state, renewables employ far more people. Coal power generation employs roughly as many people as solar. The wind industry employs more workers than either power source, in large part through manufacturing and construction.

Employment numbers for power generation in Indiana. Department of Energy

But utilities see a threat from rooftop solar, which lets customers buy less power from the grid. Utilities contend that net metering is unfair to ratepayers who don’t own solar panels. Rooftop solar owners get to sell their surplus power to the grid without paying for transmission lines or other infrastructure needed to deliver that power to homes and businesses in the community.

But proponents of rooftop solar say it’s a net win for the grid. Owners absorb the infrastructure cost of generation, through the panels and installation, and they deliver their surplus power to customers nearby, minimizing the volume of electricity lost in transmission.

Perhaps the biggest benefit for the grid is that solar output peaks in the middle of the day, when demand for electricity is at its highest. When demand spikes, grid operators turn to small, gas-fired power plants that sell the most expensive electricity. Rooftop solar offers a cheaper, cleaner alternative. 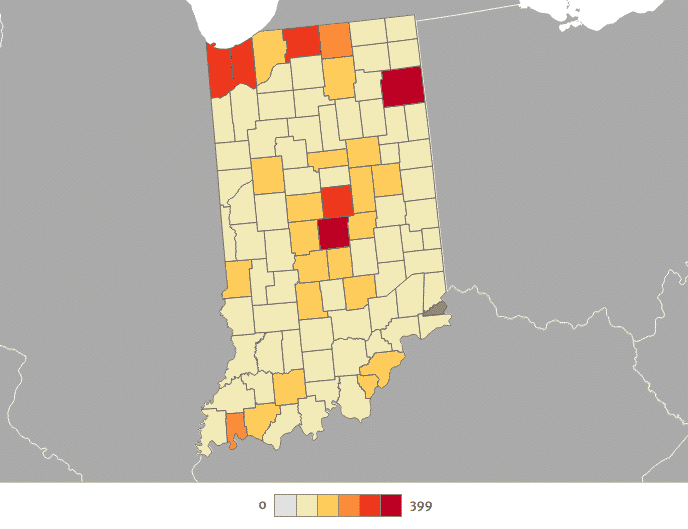 Among customers, net metering is exceptionally popular. “We definitely pay a lot less,” said Indiana rooftop solar owner Lanette Erby. “I would say that our bills are coming in at about 60 to 80 percent less than what they were, and that was over the winter obviously, when we’re using a lot more electricity to heat and do things like that.”

“We’re currently on an inverter with the electric company, but obviously if the net metering bill were to go through, we would be purchasing battery back ups. That’s where we’re at,” said Erby. “The same kind of legislation killed the solar industry in a couple of other states … which is terrible because it’s creating so many jobs.”

In 2015, Nevada changed its rate structure so that utilities would pay rooftop solar owners at the wholesale rate—as opposed to the retail rate—for their surplus power. That same year, Arizona levied a $50 monthly charge on rooftop solar customers, purportedly to cover transmission costs. In November, Florida voters narrowly defeated a constitutional amendment that would have severely restricted rooftop solar. Advocates say policies like these pose a distinct threat to solar jobs.

In his 2017 state of the state address, Gov. Holcomb committed to creating jobs and supporting small businesses, which he called “the heart and soul” of Indiana’s economy. He said of the new measure, “this legislation ensures those who currently have interests in small solar operations will not be affected for decades.” But advocates see the law as a clear threat to solar installers, many of which, like Photon Electric, are small businesses.

Erby said the measure marks a departure from a “truly free market.” She added, “We are actually considering moving out of state. My parents want some help back in Pennsylvania and the laws are a little more lax there.”