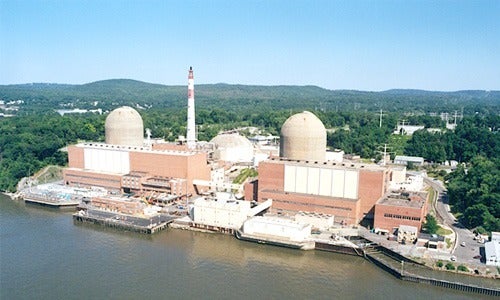 The recent transformer fire at the aging Indian Point nuclear power facility in Buchanan, New York in Westchester County just 30 miles north of New York City, garnered wide coverage in the global media including a visit to the site by New York’s Gov. Andrew Cuomo. Throughout the coverage, there was little mention of Spectra Energy’s proposed new 42-inch diameter, high-pressure gas pipeline which presents a serious new hazard to the troubled plant that has been on the federal list of the nation’s worst nuclear power plants and has had its share of accidents since its operations began in 1973. 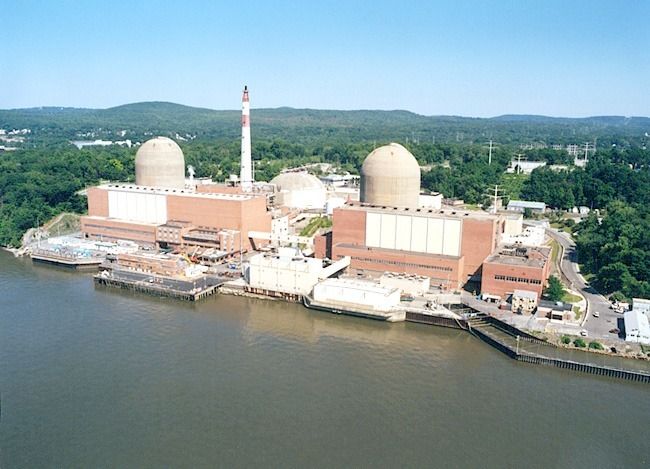 For over a year, local, county, state and federal elected officials, as well as the public, have joined the calls by pipeline, nuclear power and medical disaster and safety experts for a full independent risk assessment of the siting of a massive new gas pipeline 105 feet from vital structures at the aging nuclear plant. In fact, Westchester, Rockland and Putnam counties and several municipalities passed resolutions last year calling for independent health and risk assessments and other protective measures prior to any decisions about the pipeline that were dismissed by the Federal Energy Regulatory Commission (FERC).

Both FERC and the Nuclear Regulatory Commission (NRC) signed off on the project despite numerous unresolved questions and unverifiable claims made by Entergy, the nuclear power plant’s operator, in its own internal analysis of the safety of the plant in connection with the risk posed by Spectra Energy’s Algonquin Incremental Market (AIM) high pressure gas pipeline. The transformer fire last week dramatically demonstrates that a comprehensive, independent and transparent risk assessment must be implemented immediately and the findings fully addressed before the pipeline company takes further action. NRC and FERC approvals for the AIM project warrant immediate retraction in the absence of a thorough independent risk analysis.

Rick Kuprewicz of Accufacts, a renowned pipeline expert, engaged by the town of Cortlandt to evaluate the project’s impacts on the Indian Point plant, and Paul Blanch, a nuclear power expert with more than 45 years of nuclear safety experience, analyzed the Entergy hazard study that was confirmed by the NRC, and believe the analyses severely underestimate the risk of catastrophic failure at the plant in the event of a pipeline rupture. Kuprewicz said, “in the event of a pipeline rupture in this sensitive location, the system dynamics will substantially delay the recognition and appropriate shutoff and responses such that the gas will explode and burn for quite a period of time.”

Blanch submitted a formal petition to the NRC in October 2014 and was recently notified by the Petition Review Board that “the staff’s overall conclusion is that both Indian Point units could safely shut down.” Blanch strongly disagrees with this conclusion and stated, “The gas isolation valves designed to terminate gas flow and prevent core damage must be designed and operated in accordance with NRC’s requirements specified within 10 CFR Part 50. The NRC is delegating its exclusive responsibility for nuclear safety requirements and enforcement to the U.S. Department of Transportation (DOT). The NRC position is unacceptable, unprecedented and unparalleled in the history of commercial nuclear power.” Blanch has requested a local public venue near Indian Point for a final presentation to the Petition Review Board. A local meeting would be in compliance with NRC guidelines regarding public participation because it would enable all stakeholders, including U.S. Senators Schumer and Gillibrand of New York, Congresswoman Lowey, Gov. Cuomo and the public, to attend this critically important presentation.

The more than 20 million residents living within the 50 mile radius of the Indian Point nuclear power facility are keenly aware of the fact that the plant has been under scrutiny for many years and that there are many problems associated with its operation. For example, concerns regarding Indian Point’s location in a significant seismic zone and its highest risk of earthquake damage of any nuclear power plant in the country became even more concerning after the Fukushima disaster in 2011. Last spring, the NRC ordered Entergy to do a full seismic study that will not be completed until June 2017. Just a few months later in July, a 2.5 magnitude earthquake occurred only 10 miles from the plant. The introduction of a major risk from the new gas pipeline is unfathomable. As Gov. Cuomo stated at the site on Sunday, “This plant is the nuclear plant that is closest to the most densely populated area on the globe. If something goes wrong here, it can go very wrong for a lot of people. So it’s always been a priority for us.”

Dr. Irwin Redlener, director of the National Center for Disaster Preparedness at Earth Institute and professor of Health Policy and Management at Columbia University expressed concern about the proposed plan to expand the Algonquin pipeline without a thorough, objective review of the environmental impact and potential public health risks that might be posed by this project and stated, “Of particular concern is the proximity of the project to a significant seismic zone and the Indian Point nuclear plant. This combination of factors presents a real risk of major disaster with profound, long-term impact on the region.” He further stated, “I truly hope that the time and resources will be made available to assess the safety of the project and reassure the public that every possible risk has been properly examined.”

Thousands of New York tri-state area residents have been calling upon Senators Schumer and Gillibrand, Congresswoman Lowey, Gov. Cuomo and other leaders to fulfill their most fundamental responsibility to protect the health and safety of more than 20 million people who live and work in the region by publicly insisting that the NRC allow Blanch to present locally, that FERC rescind its approval of the AIM project immediately and that an independent and transparent risk assessment be fully implemented.

The public’s awareness is growing about the alarming rates of unintended gas pipeline failures. According to the DOT’s Pipelines and Hazardous Materials Safety Administration, there were 119 incidents in gas transmission pipelines in 2014 alone. Research reveals that almost 100 percent of pipeline ruptures result in ignition, yet, the document confirmed by the NRC inexplicably claims the probability of an explosion after a pipeline rupture is only 5 percent, a number that is not supported in any of the cited references.

Entergy’s document, approved by the NRC, claims that in the event of a pipeline rupture, the gas flow could be shut down in three minutes. According to Blanch, “There’s absolutely no basis for the number; we don’t know where it came from. A more realistic number is between 30 minutes and three hours.”

With no local shut off valves on the AIM pipeline, operations are remotely controlled 1,000 miles away at Spectra Energy’s facilities in Houston, Texas. A pipeline rupture within 120 feet of Indian Point’s fuel oil tank, switchyard and other vital structures and within several hundred feet of its 40 years of highly radioactive spent fuel rods could have catastrophic impacts. The most basic question has yet to be answered. In the event of a pipeline rupture, could the nuclear reactors at Indian Point be safely and securely shut down? According to the safety experts, someone needs to demonstrate that would not be a problem, but no one has done that.