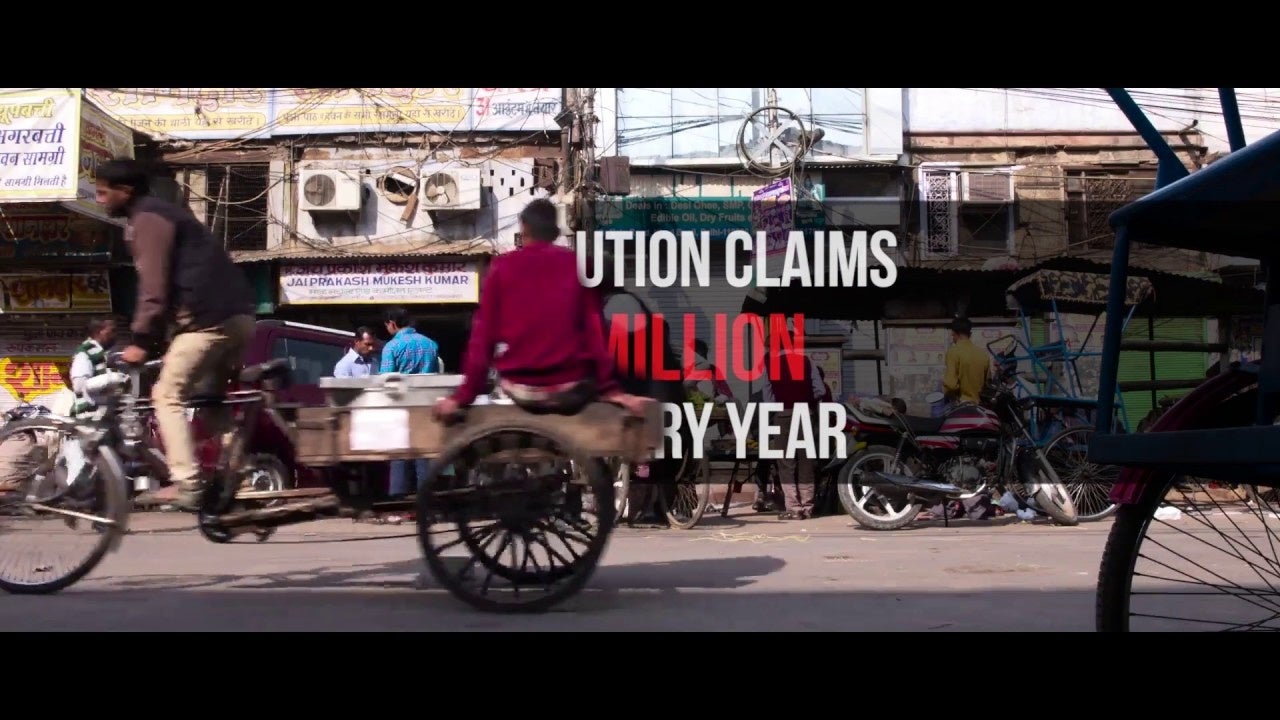 India’s struggles with air pollution are well-known. Just last week, the World Health Organization (WHO) published a report showing that two of the world’s most polluted megacities—Delhi and Mumbai—are in India.

But a team of engineers have analyzed the problem and found a way to be part of the solution.

Their company, Chakr Innovation, now sells a device that captures 90 percent of the soot particles from diesel generators and sells them to manufacturers to make ink, Reuters reported May 2. It is the first ever device to capture emissions specifically from diesel generators, the company website claims.

For the three engineers who developed the device, Kushagra Srivastava, Arpit Dhupar and Prateek Sachan, fighting air pollution was a central goal of their project, and not just a happy byproduct of the profit motive.

“Chakr Innovation aims to create pioneering, sustainable and scalable technologies to combat the grave threat posed by pollution. Our mission is to develop and implement innovative solutions which can effectively control pollution—saving the natural environment and protecting people’s health, ” the company’s mission statement reads.

Srivastava and Dhupar have first-hand experience with air pollution, having both grown up in Delhi. Dhupar told Reuters he has suffered from chronic respiratory problems since high school and has friends and family members who also suffer from respiratory ailments.

“My problem is, whenever I start to run out of air, the anxiety levels shoot up,” he told Reuters.

Diesel generators are a particular health threat because they are used in major cities like Delhi when the power grid fails due to summer heatwaves.

“The alarming thing about diesel generators is they are located in the heart of densely populated areas. It’s spitting smoke right there,” Srivastava told Reuters.

Reuters pointed to a 2015 Health Effects Institute study that said air pollution killed 1.1 million people a year in India and that two percent of those deaths were due to diesel exhaust.

Chakr Innovation has now installed 50 devices in Chennai and the Delhi satellite city of Gurgaon and plans to install 50 more over the coming year. It has worked so far with government offices and firms, as well as real estate developers.

Srivastava, Dhupar and Sachan aren’t the only Indian inventors to try and use their skills to tackle their country’s air pollution woes. Inventing prodigy Angad Daryani is working on a tower that would filter pollutants from urban air.

Reuters also cited the Bangalore-based Graviky Labs that obtains ink from diesel car exhaust. According to their website, they have cleaned 1.6 trillion liters (approximately 0.42 trillion gallons) of air since 2013.