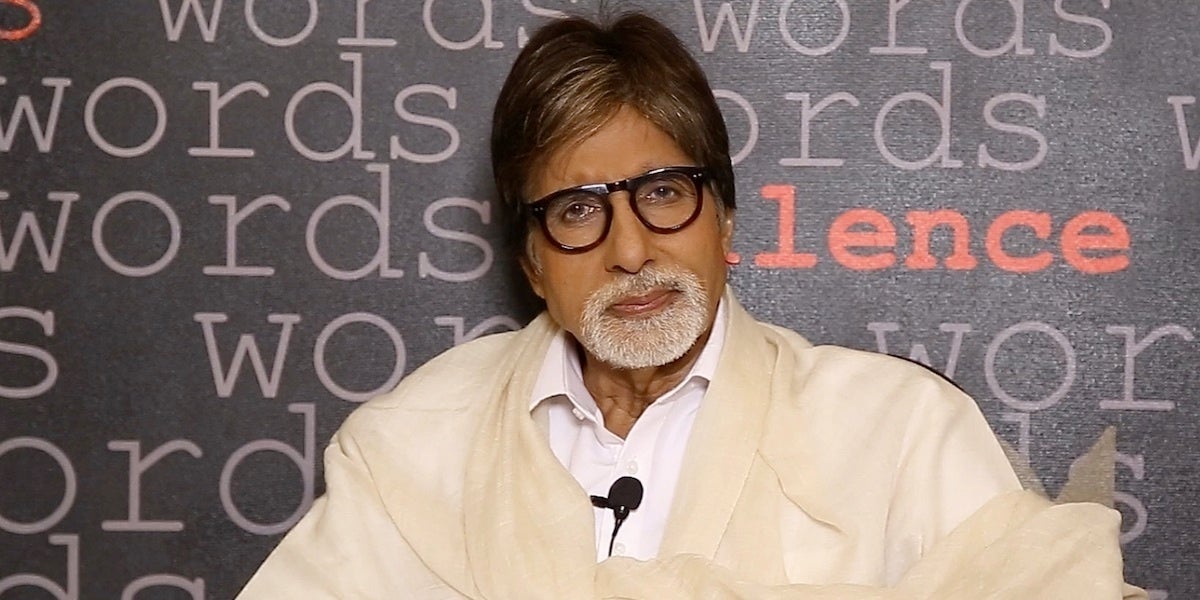 “Gratitude leans across to the desire of removing some of the burdens that farmers continue to suffer from … and the inner peace it generates when the desired is completed,” the 76-year-old Indian film legend wrote in a blog post on Tuesday.

The farmers are from the northern Indian state of Uttar Pradesh, where Bachchan was born.

Bachchan cleared their loans owed to the Bank of India, which issued a “one time settlement document and certificate” to confirm the payment, he wrote.

So far, he has identified 70 of the farmers and has reserved a train coach to bring them to Mumbai so he can meet them in person and present them with the bank documents.

“I shall wish of course to give these settlements, these confirmations that their loans have been paid off, personally,” Bachchan wrote.

His post concluded with a poignant message: “GIVE .. TO THEM THAT HAVE NOT ..”

India’s agricultural industry is one of the most vital sectors of the country’s economy, but tens of thousands of Indian farm workers are battling adversity in the face of unrelenting debt.

Nearly 60,000 Indian farmers have tragically committed suicide in the past three decades. The epidemic has been exacerbated by the effects of climate change, such as drought and rising temperatures, that stress the country’s agriculture sector, scientists have said.

Bachchan, who has acted in about 200 films, was once named the “most famous actor of the millennium” by BBC News readers.

He is the host of the Indian version of “Who Wants to Be a Millionaire.” As CNN noted, he recently spoke about his plans to help Uttar Pradesh farmers after a farmer appeared on the show as a contestant.

“Recently in Maharashtra, I have ensured that the loans of around 360 farmers have been paid off to the banks. My next step is to help clear loans of approximately 850 farmers in Uttar Pradesh,” he said on the show.