The Kamuthi solar plant in the southern Indian state of Tamil Nadu has vastly expanded the country’s solar capacity. Based on Wiki-Solar‘s calculations, thanks to the new plant, India now claims the number three spot in terms of utility-scale solar, behind China and the U.S. 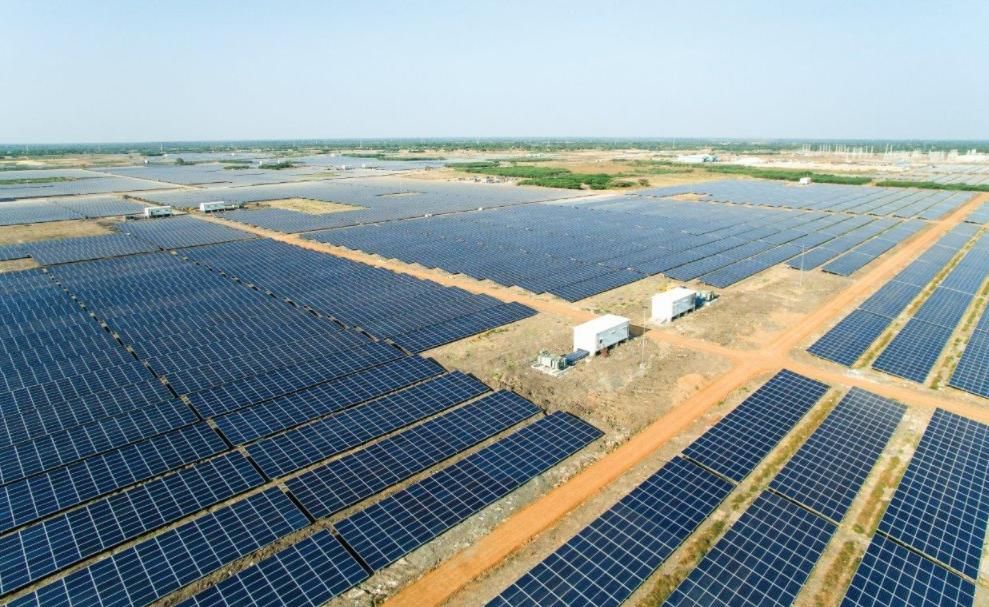 The 648-megawatt Kamuthi plant went online this September and is considered the world’s largest solar project in a single location. For comparison, the world’s second largest solar plant, the Topaz Solar Farm in California, has a capacity of 550 megawatts.

“India has now leap-frogged the UK, as predicted, to become the world’s third nation for the deployment of utility-scale solar,” Wiki-Solar founder Philip Wolfe stated. “India still has a huge backlog of awarded tenders, which should enable it to close the gap with the USA and China in coming years.”

As Alternative Energies writes, “over the next five years, India plans to build a number of 25 extra large solar power plants with a generation capacity between 500 and 1,000 MW.”

“The success of India’s solar energy policy stems in part from the [Jawaharlal Nehru National Solar Mission] national program, but also the extent to which many states are supporting this effort,” Wolfe continued. “The majority of Indian states have now designated one or more ‘solar parks’ where priority is given both to allocation of land and to provision of high capacity connections.”

This push towards clean power cannot come soon enough. Earlier this month, the air pollution in the nation’s capital of New Delhi was literally off the charts, earning it the dubious title of “world’s most polluted city.” Delhi Chief Minister Arvind Kejriwal declared the intense smog levels an “emergency situation,” and ordered the shut down of 5,000 schools and halted construction operations for several days.

With the new plant in Kamuthi, India’s total installed solar capacity has now crossed the important 10 gigawatt milestone, according to consultancy firm Bridge to India.

“The pace of sector activity has picked up tremendously in the last two years because of strong government support and increasing price competitiveness of solar power. India is expected to become the world’s third biggest solar market from next year onwards after China and the US,” Bridge to India stated.

In 2014, Indian Prime Minister Narendra Modi announced plans to increase India’s solar power capacity to 100 gigawatts by 2022, a target that seems too ambitious for some.

“Many people are going to ask the obvious question—if we have taken more than 5 years to achieve 10 GW, can we reach 100 GW in another 5 years? It is a very steep target in our view,” Bridge to India managing director Vinay Rustagi said. “But rather than quibble about the target, the important point is to acknowledge the transformational economic, environmental and social potential of solar technology and to create a conducive environment for its growth.”

Aljazeera has published new footage of the Kamuthi facility that’s spread across 10 square kilometers—or the equivalent of 60 Taj Mahals. The plant consists of 25,00,000 solar modules and can supply enough energy for 150,000 homes.

The operator,
Adani Green Energy Ltd, built the impressive structure in only eight months thanks to the around-the-clock dedication of a 8,500-member team. Roughly 11 megawatts were installed in a day on average.

“This is a momentous occasion for the state of Tamil Nadu as well as the entire country,” he said. “We are extremely happy to dedicate this plant to the nation; a plant of this magnitude reinstates the country’s ambitions of becoming one of the leading green energy producers in the world.”