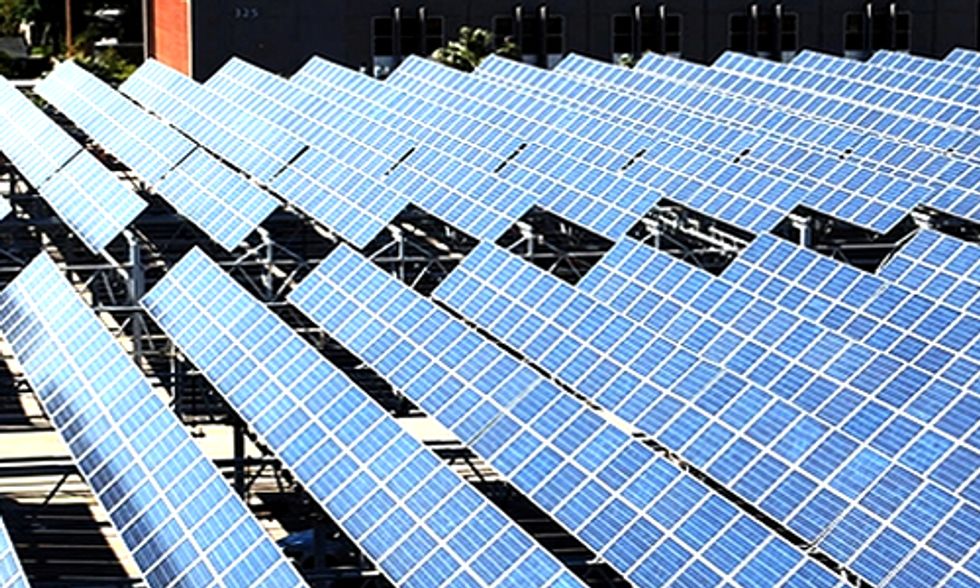 India could become home to the largest solar array on the planet, but it will take more than $4 billion.

The country made the initial step this week to request a $500 million World Bank loan to help finance the first phase of a solar plant in Rajasthan that would produce 4 gigawatts (GW) of energy. India's department of economic affairs is evaluating the proposal, according to Indian business magazine, domain-b.com. If approved, the World Bank would then consider loaning $500 million of the project's $750 million first phase.

Six Indian companies have created a joint venture for the project. They believe the country has the potential to deliver a nearly unfathomable 5,000 trillion kilowatt hours of solar energy.

Plans call for a 30-square-mile farm that would be larger than New York City's borough of Manhattan, according to Nature science journal.

When India's central government launched the Jawaharlal Nehru National Solar Mission (JNNSM) in 2010, the country had less than 18 megawatts (MW) installed. Now, it has about 2.2 GW. The JNNSM aims for 20 GW by 2022.

“India must see itself emerge as the worldwide leader in harnessing solar energy involving technologies for centralized power generation, as well as millions of small, decentralized applications,” said Rajendra Pachauri, director-general of The Energy and Resources Institute (TERI) in New Delhi.

Chandra Bhushan, deputy director-general of the Center for Science and Environment, sees more value in the smaller approach, spreading solar energy throughout rural areas in the country instead of at the proposed site near the border of Pakistan.

“We don’t think this should be the way to go ahead,” Bhushan said. “Feeding 4,000 MW into an already leaking grid where 20 percent of electricity gets wasted in transmission and distribution losses and [most of it] ends up feeding the urban centers makes little sense."

Bhushan added that less than 50 percent of Indians who live in villages have access to electricity.

Called an ‘ultra mega' project by the consortium, the proposed plant would help reduce India's carbon dioxide emissions by more than 4 million tons per year, according to Parimita Mohanty, a fellow at TERI.

In January, India’s Ministry of New and Renewable Energy reported that the country had added an additional gigawatt to its solar portfolio in 2013. India also received $5.5 million in aid from the European Union’s (EU) Indo-European Cooperation on Renewable Energy program to jumpstart its offshore wind industry.