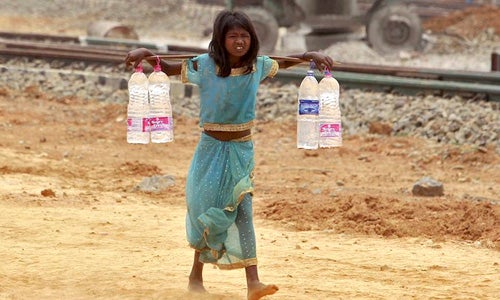 India recorded its hottest day on the books on Thursday amid a scorching heatwave and “staggering” number of farmer suicides. 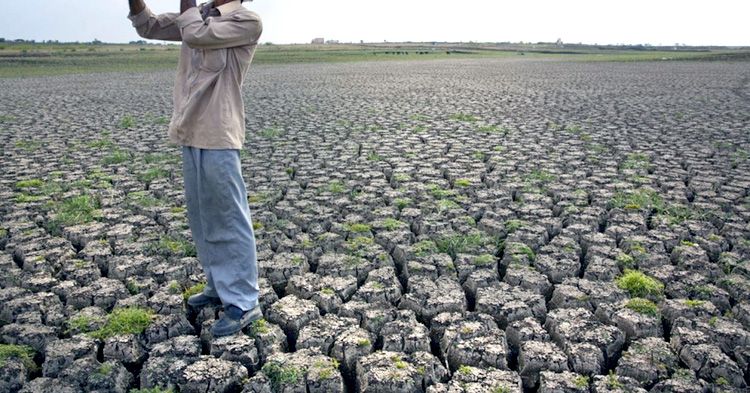 Sizzling at 51 degrees Celsius (123.8 degrees F), the temperature in the city of Phalodi in the western state of Rajasthan topped the nation’s previous record of 50.6 Celsius set in 1956.

The IMD [India Meteorological Department] has issued a red-level alert for Rajasthan as well as for other states like Madhya Pradesh and Gujarat, where temperatures, despite not having crossed the 50-degree mark, are higher than average.

India has recorded higher than normal temperatures throughout 2016.

“Severe heatwave conditions will prevail in north, west India and central India for the next 10 days,” the IMD warns.

According to Laxman Singh Rathore, director general of the IMD, look to climate change for the cause in the increasing temperatures. “It has been observed that since 2001, places in northern India, especially in Rajasthan, are witnessing a rising temperature trend every year. The main reason is the excessive use of energy and emission of carbon dioxide. Factors like urbanization and industrialization too have added to the global warming phenomenon,” he stated.

Weeks of high temperatures have “also led to acute water shortage in many areas of central and western India which has seen water riots, government-monitored rationing and armed guards at reservoirs,” the Hindustan Times reports.

There is a prolonged drought as well, withering crops and sprouting hopelessness in farmers.

“Constant failure of crops. Very low produce. He couldn’t recover the investments, could not pay back the bank loans. That’s why he killed himself,” said the brother of 41-year-old cotton and sugarcane farmer Srikrishna Pandit Agee who hanged himself this month.

His was among the roughly 400 farmer suicides that have already occurred since the beginning of the year.

Dnyaneshwar Jadhav says his brother Tukaram, a small cotton farmer in the state of Maharashtra, took his own life over the distress of loans and failed crop yields. “When I look into the well, I feel like dying. Life is such a struggle,” Dnyaneshwar said to NPR. “We used to earn over $300 for our cotton, we now get less than $100 because the yield is so small.”

Last year offers a grim picture of what could be in store.

In 2015, after a heatwave claimed the lives of some 2,500 people and was followed by low monsoon rains, India’s earth sciences minister said, “Let us not fool ourselves that there is no connection between the unusual number of deaths from the ongoing heat wave and the certainty of another failed monsoon.”

“It’s not just an unusually hot summer, it is climate change,” he said at the time.