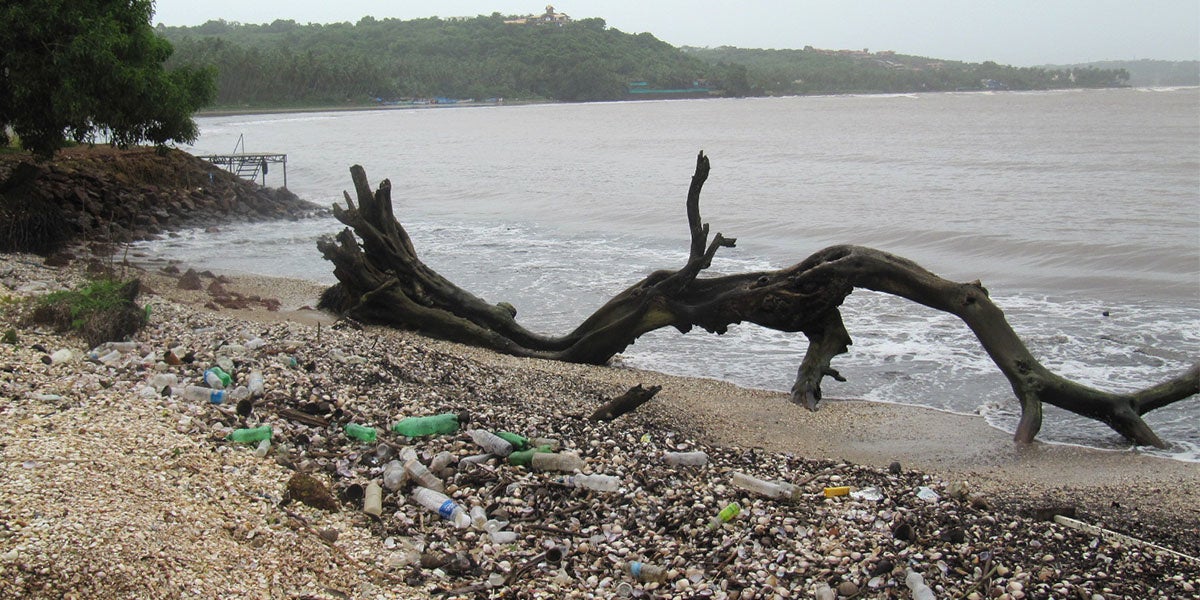 India turned their hosting of this year’s World Environment Day into far more than a symbolic act when it announced plans Tuesday to eliminate all single-use plastics by 2022, UN Environment reported.

The theme of this year’s World Environment Day was “Beat Plastic Pollution,” and India’s decision could be a “game-changing” part of that effort, since it is home to 1.3 billion people and is one of the world’s fastest-growing economies, head of U.N. Environment news and media Keith Weller told CBS.

“This has been the biggest, most resonant World Environment Day ever, thanks to the leadership of our global host India,” Head of UN Environment Erik Solheim said in the press release. “India has made a phenomenal commitment and displayed clear, decisive and global environmental leadership. This will inspire the world and ignite real change.”

The announcement was officially made by Minister of Environment, Forest and Climate Change Dr. Harsh Vardhan, who touted it as a way to “achieve the India of our dreams.”

“It is the duty of each one of us, to ensure that the quest for material prosperity does not compromise our environment,” Modi said. “The choices that we make today, will define our collective future. The choices may not be easy. But through awareness, technology, and a genuine global partnership, I am sure we can make the right choices. Let us all join together to beat plastic pollution and make this planet a better place to live.”

The quest for material prosperity cant lead to environmental degradation. We must remember that an unclean environment hurts the poor and vulnerable the most. pic.twitter.com/yBX7q6IfQn

In addition to the plastics phase-out, the country also joined UN Environment’s Clean Seas campaign. India will develop action plans to combat marine litter at the national and regional level and measure the total amount of plastic pollution in the waters off of India’s 7,500 kilometers (approximately 4660 miles) of coastline.

Plastic pollution is a major problem in India, which generates 25,000 tonnes (approximately 27557.78 U.S. tons) of plastic waste every year and only recycles 60 percent of it, Vardhan said in an IANS article reprinted by the Economic Times Tuesday.

It is also an increasingly visible problem, as plastic increasingly clutters the country’s landscape and beaches. “There is a huge issue of waste management in India and everyone can see that; we went from train to Agra from Delhi and we saw. There was plastic all over the rails, that’s a problem,” Solheim told IANS.

India has taken some steps to counter plastic pollution already on a national and regional level. It banned non-compostable plastic bags in 2016, CBS reported.

According to a UN plastics report also launched Tuesday, regional bans have had various success. Of the 10 regional bans listed in the report, two bans, in the states of Himachal Pradesh and Sikkim, have seen significant to moderate results, while four bans, including one in New Delhi have had little to no impact, and four could not be assessed due to limited data.