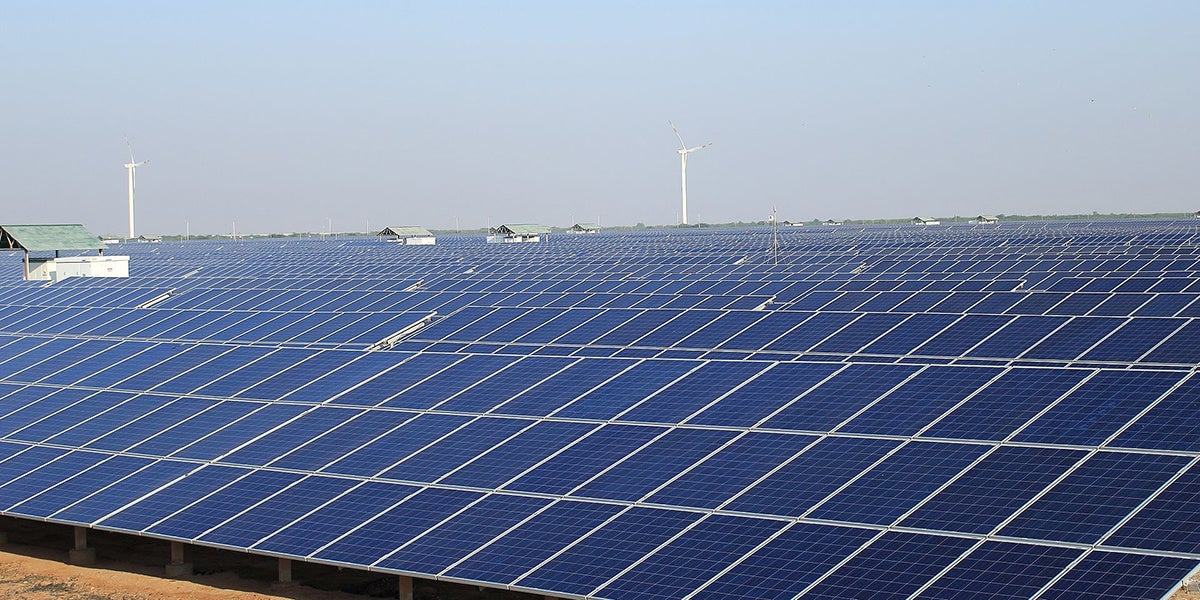 India added more energy capacity from renewable energy sources last year than from conventional sources like coal for the first time, an important breakthrough for a country that struggles with high greenhouse gas emissions and deadly air pollution.

Not only did renewables exceed conventional sources, they exceeded them by more than two times. Between April 2017 and March 2018, the subcontinent added about 11,788 megawatts of renewable energy capacity and only 5,400 megawatts of capacity from fossil fuels or large hydropower projects, Quartz India reported Thursday.

Still, pushing past fossil fuels, which currently supply more than 70 percent of India’s power, is a good sign for the global fight against climate change. In 2016, India’s greenhouse gas emissions rose by 4.7 percent, more than any other major emitter’s, The Hindustan Times reported in September 2017.

Pollution levels have gotten so bad that they are impacting one of the country’s most famous landmarks. The Indian Supreme Court warned on Tuesday that the Taj Mahal is turning brown and green due to air pollution and to excrement from insects attracted to the polluted Yamuna river nearby, The Independent reported Wednesday.

“It is very serious. It seems you are helpless. It has to be saved. You can get help from experts from outside to assess the damage done and restore it,” Supreme Court judges Madan Lokur and Deepak Gupta said, ordering the state government to fix the problem.

According to The Independent, monsoon rains used to be enough to clean the monument, but as pollution levels have increased, that is no longer the case.