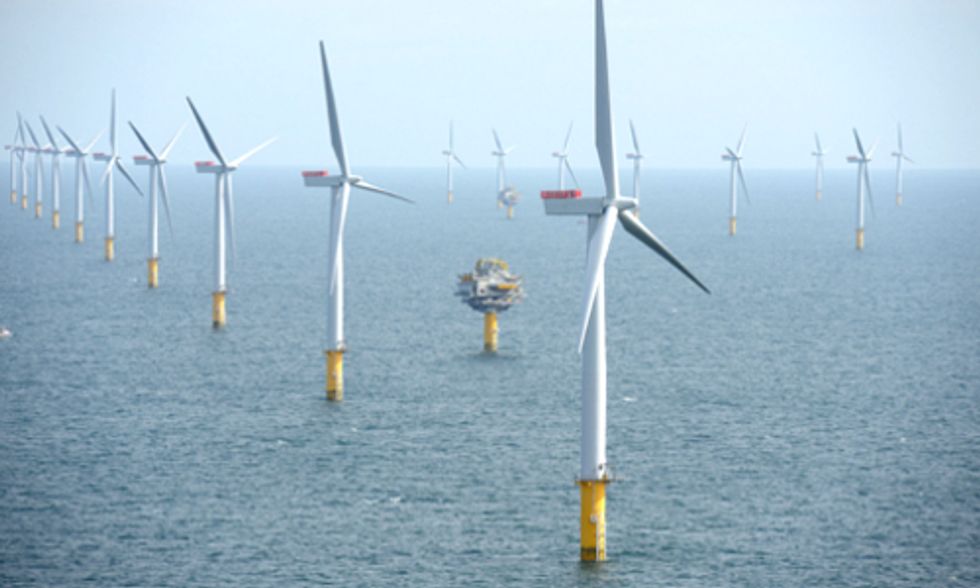 India wants to generate power from offshore wind farms, so the country is seeking advice from the best in the business.

The European Union's (EU) Indo-European Cooperation on Renewable Energy program has contributed $5.5 million to aid India in developing a roadmap for offshore wind development, according to the Global Wind Energy Council. Europe leads the world with about 5 gigawatts (GW) of offshore wind installations.

With the help of a $5.5 million partnership with the European Union, India is developing a roadmap for offshore wind development. Photo credit: Harald Pettersen/Statoil/Flickr

"We in Europe are committed towards reducing emissions and moving towards sustainable forms of energy, thereby lowering the dependency on fossil fuels and working towards a cleaner climate," EU Ambassador Dr. João Cravinho said. "This project on wind energy in partnership with our Indian counterparts is driven by the same philosophy—secure, affordable and clean energy for all."

The four-year plan will initially focus on the states of Gujarat and Tamil Nadu. India's Ministry of New and Renewable Energy estimates that Tamil Naud has the potential to generate 127 GW of offshore wind power.

The Offshore Wind Outlook would ideally include plans for the present until 2032.

India's Ministry of New and Renewable Energy has already announced plans to set up an offshore wind agency, according to The Climate Group. Minister Farooq Abdullah says the group will soon seek cabinet approval.

China is the only country in Asia that installs more wind turbines per year than India. The country has built 20 GW of onshore projects, with about $16.5 billion in investments each year year.

The U.S. has been trying to get its own offshore wind industry off the ground for years, most recently with a consortium of 230 businesses, politicians and organizations encouraging President Barack Obama to make offshore wind a priority. Earlier this month, the Maine Public Utilities Commission approved a pilot project to place two, six-megawatt (MW) turbines off Monhegan Island by 2016.

A project near Cape Cod, Mass. could be the first offshore farm in the U.S., but has been slowed by litigation from opposers.