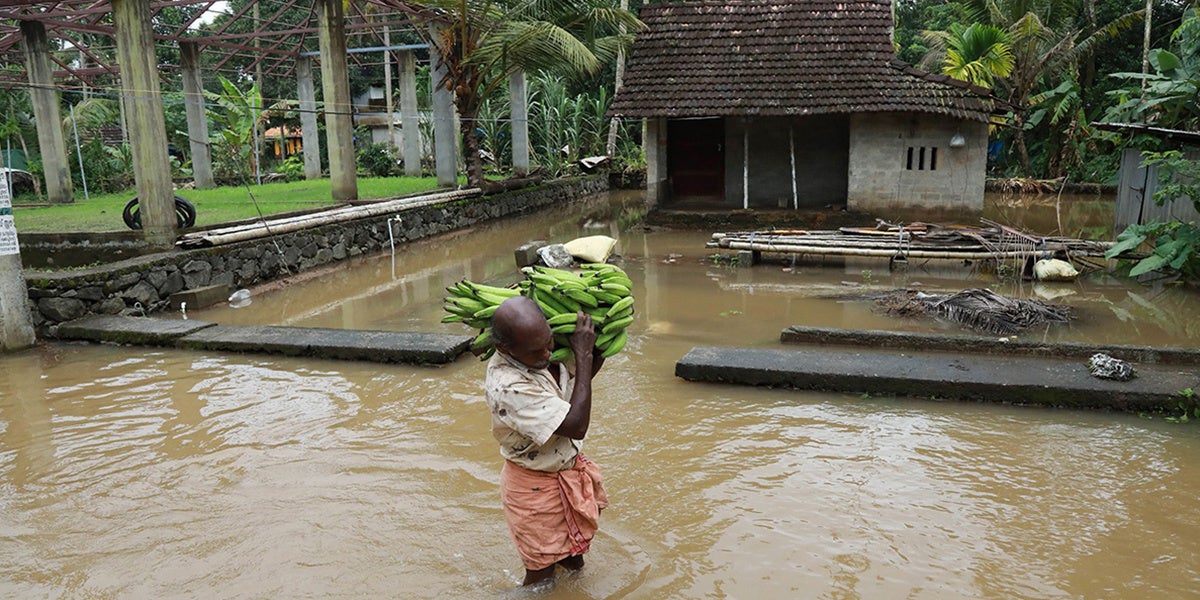 Flooding in India‘s southern state of Kerala has killed 39 and left more than 60,000 homeless as of Monday, The Times of India reported, in what India Today called the region’s “worst flood crisis” since 1924.

Kerala, a popular tourist destination, has already seen heavy flooding this monsoon season, but the most recent inundation began last Wednesday, relief commissioner P.H. Kurian told CNN Sunday. The rains were so heavy that they forced authorities to open the shutters of a large number of reservoirs Friday to relieve pressure and prevent collapses.

“Our state is in the midst of an unprecedented flood havoc,” Kerala chief minister Pinarayi Vijayan said in a statement Friday reported by CNN.

“For the first time in history, 27 dams in the state had to be opened. Never before has the state witnessed a calamity of this scale,” he said.

One reservoir in the Idukki district had one of its five shutters opened for the first time in 26 years, The Guardian reported.

However, there was relief for that district Monday as the water level in the dam lowered to 2,397.58 feet, below the level that triggers a flood warning, The Times of India reported.

Kerala currently leads among Indian states for the highest number of deaths this monsoon season, with 187 total as of Aug. 13.

The country as a whole has reported 774 monsoon-related deaths so far this year.

Those displaced by the recent round of floods have found shelter in 350 relief camps, a Kerala State Disaster Management Authority official told The Guardian.

The floods have also devastated Kerala’s tourism industry, leading to the cancellation of 70 to 80 percent of hotel bookings in the most popular Idukki, Munnar and Kumarakkom destinations, senior vice president of the Indian Association of Tour Operators EM Najeeb told The Times of India.

Fifty-four tourists had to be rescued from a resort on Friday, CNN reported.

The disaster in Kerala is not entirely natural. Climate change has increased the number of heavy flood-causing downpours in India, the Business Standard reported.

Further, the areas in Kerala hit hardest by floods and landslides were in “ecologically sensitive zones” along the forested Western Ghats mountains, where development and quarrying have hampered the ability of natural systems to absorb heavy rains, The Times of India reported Sunday.

“It is important to understand that we need to preserve the buffer zones around the forests in Western Ghats or the region will fall like a pack of cards,” Madhav Gadgil, who headed the Western Ghats Expert Ecology Panel, told The Times of India.