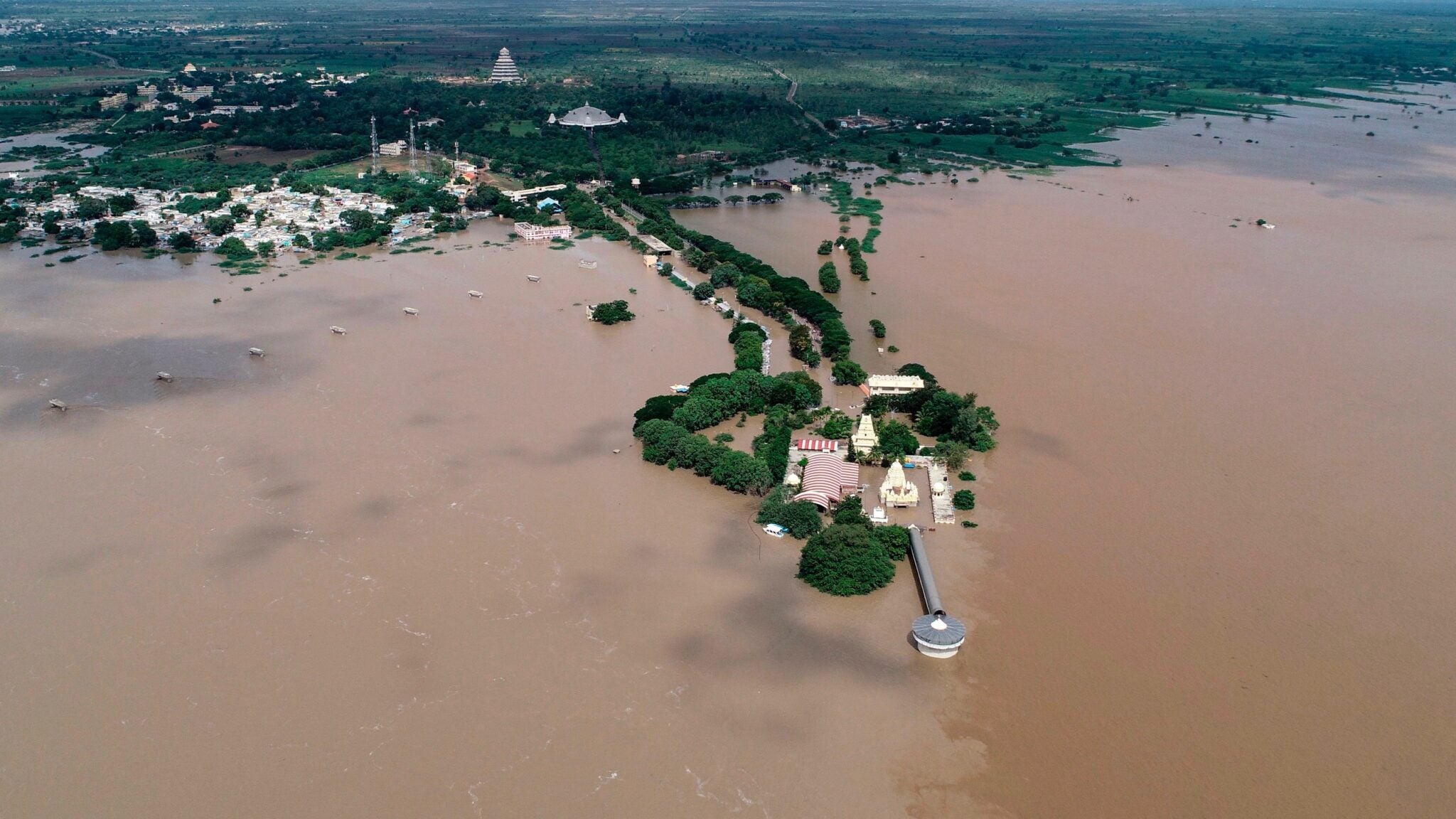 An aerial view of the Kudala Sangama submerged in floodwaters about 460 kms of the South Indian city of Bangalore on Aug. 10. Floods have displaced hundreds of thousands across much of India with the southern state of Kerala worst hit, authorities said on Aug. 10. STR / AFP / Getty Images

The southern India state of Kerala, having lost almost a million homes in two disastrous floods in 2018 and 2019, is trying to adapt to climate change by building homes for the poor that are flood-resistant.

In two years, one-sixth of the state’s 35 million population was affected by the floods, and 1.4 million of those had to abandon their homes. Many flimsy houses were destroyed and are being rebuilt from scratch.

Realizing that floods are going to be an increasingly regular occurrence in the future as climate change continues to make the weather more extreme, the state’s plan is to design and build homes that can withstand the floods. And, according to pioneering architects, they should be built of local materials such as bamboo, lime and mud.

These new houses will be sited, where possible, in places that will avoid inundation, but even if they are flooded in severe rains they are designed to survive the impact of the water.

The Kerala government has announced it has signed a loan agreement with the World Bank for 0 million to enhance resilience against the impacts of natural disasters and climate change.

The Kerala State Disaster Management Authority is spreading awareness of the need to construct flood-resistant houses.

Award-winning architect Gopalan Shankar is one of those building a variety of innovative new homes from traditional local materials that will withstand the floods.

He says his aim is to help the fishermen, slum dwellers and the marginalized and tribal people who suffer most from the floods – a mission that has already earned him the nickname “the people’s architect”.

“We have to live amidst natural calamities in this century,” he says. “Our organisation is involved in constructing climate-resistant shelters, residential colonies and individual houses. People can pay through the nose for a house, but we construct homes as low-cost efficient structures to escape from damage during disasters.

“Interlocking mud bricks, pillars made out of treated bamboo, mud and concrete are used. For plastering, we have used coconut shells, treated bamboo and mud tiles. Bamboo is a significant replacement for steel and would match its strength.”

Shankar started his not-for-profit business, the Habitat Technology Group, in Kerala in 1987 as a one-man band.

It took him six months to get his first commission, but he now works with 400 architects, engineers and social workers, and has 34 regional offices and 35,000 trained workers across India.

In Kerala, he has just completed construction of 250 climate-resilient homes for flood victims.

“Cost-effective buildings are the need in areas prone to floods,” he says. “Construction starts with good planning and choosing the place where the house would be constructed.

“In flood-prone areas, when there is necessity to reside there, we build the house with locally-available material that would be efficient. Damage from floods would not affect the resident, physically and financially, in a big way.’

The government has a scheme giving people a subsidy to repair their homes after a flood, but encourages them to build in ways that make the homes more able to withstand future impacts.

Sandhini Gopakumar is among many house-owners who, under this scheme, are repairing and rebuilding their homes as climate-resilient structures.

He had not fully recovered from the 2018 floods before the next one came. “Even before we could cope with the damage, flood waters occupied our house next year also,” he says. “We were worried about investing in the house. As of now, we have raised the frontage of our house to avoid floodwaters next year.”

He consulted experts to help make the house strong enough to resist floodwaters in the future, so saving money on future repairs if it happens again. Now, he says, his house would withstand the onslaught even if they suffered floods and disasters every year.