India Doubles Down on Renewables 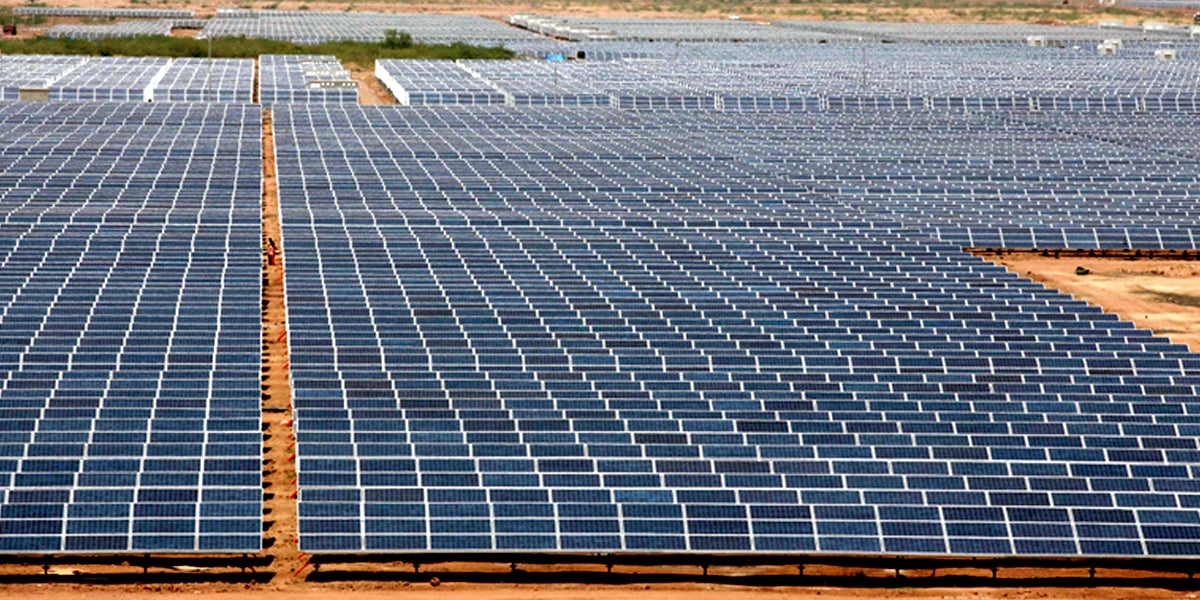 After a week in India, despite crowding, intensity and poverty, there is an undeniable lightness from plunging into a country firmly fixed on its future, not its past, moving forward however jerkily and energized.

Meanwhile, traffic remains mind numbingly congested; but the future is being sketched out. Tide-hailing companies like Ola and Uber have grown so fast that they are beginning to drive up the wage scales for private chauffeurs. More and more Indians are leaving their personal cars at home as they brave grid-lock, prompting the government to schedule a high level strategy session Monday and Tuesday on whether India can move directly to a world of electric, shared passenger vehicles and skip the phase of mass personal ownership of cars altogether.

Volkswagen, as it plans its global recovery from the diesel cheating scandal, picked India’s Tata Motors as its preferred strategic partner.

Air pollution is taking a devastating toll; but it has also emerged as a major issue as India’s political parties contest a set of critical state elections across India’s heavily polluted Gangetic plain.

India has decisively—if not irrevocably—bet its future on clean energy and low carbon innovation. Only if this disruptive pathway fails the country’s aspirations to lift its masses out of poverty is India likely to revert to a fossil fuel reliant development model. This looks like the biggest opportunity clean energy has ever had.

Both the government and India’s most prestigious (and caution) energy think tank, TERI, have declared that except for plants already in the pipeline, India will need no more coal power until after 2025, because planned renewable electricity will more than meet demand. The draft National Electricity Plan calls for installing renewable power capacity equal to 85 percent of peak demand, with no new coal at all.

Serious conversations are underway about how to jump start the needed investments in transmission. The grid must carry this enormous increase in renewable power to the load centers where it is needed which, as in most countries, are often distant from the prime wind and solar regions.

India is being smart. The record setting bids at the last solar auction (less than $0.05/kwh) were powered by some very smart auction design; setting up solar farms relieved developers of the risk and delays associated with obtaining land, the risk of transmission stranding was addressed by pledging to pay for electrons generated even if the grid to deliver them to customers had not yet been completed and hedging mechanisms allowed the projects access to low cost foreign borrowing. (Neighboring countries like Pakistan, Indonesia, Vietnam and Bangladesh pay far more, usually twice as much, for wind and solar, even when they have access to cheaper capital, because they have not gotten the policy basics right).

India’s low carbon strategies are moving beyond the power sector. A goal of a 100 percent electrified vehicle fleet by 2030 is moving into the implementation phase. A senior academic from IIT Madras, Ashok Jhunjhunwala, has been given the lead oversight role and sees the problem as primarily one of industrial policy; if India can obtain and master the key electric drive vehicle technologies—solar cells, batteries and highly efficient vehicle cooling technology—electric drive vehicle’s potential to displace imported and polluting oil will then create the necessary short-term policy support to end the era of oil powered combustion engines in India.

The Rail Ministry, led by Suresh Prabhu, a strong clean energy advocate, has been aggressively pursuing new strategies to enable India to shift a major share of its good traffic off of roads and trucks and onto climate friendly rail.

And, as mentioned above, India is placing competition for prowess in manufacturing low carbon equipment and infrastructure at the center of its economic development strategy.

India has always been better at thoughtful aspirations than at implementation; each one of these goals and steps faces multiple challenges. High domestic interest rates and foreign investor wariness of the security of long term loans to India, are probably the biggest threat—clean energy provides free fuel, but also demands more up front capital investment. Indian solar developers pay 50 percent more for the capital they use than those in the Persian Gulf. But those conversations are a lot more creative and energizing than the rehash of tired 1970’s “environment vs. the economy” narrative that President Trump and the Republican Congress seem determined to rescue from the ash heap of history.