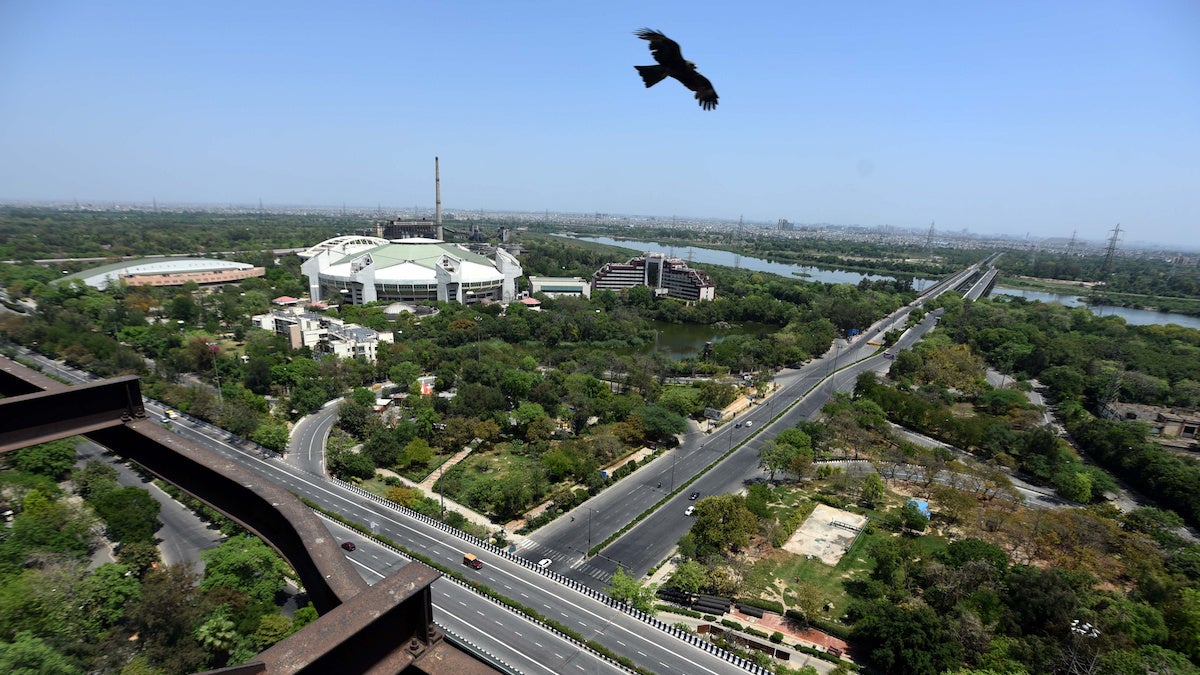 By Lauri Myllyvirta and Sunil Dahiya

An economic slowdown, renewable energy growth and the impact of Covid-19 have led to the first year-on-year reduction in India’s CO2 emissions in four decades. Emissions fell by around 1% in the fiscal year ending March 2020, as coal consumption fell and oil consumption flatlined.

The decline in emissions reflects the headwinds already affecting the Indian economy since early 2019, and increasing renewable energy generation. But our analysis of official Indian data across the nation’s entire 2019-20 fiscal year shows the fall has steepened in March, due to measures to combat the coronavirus pandemic. The country’s CO2 emissions fell by an estimated 15% during the month of March and are likely to have fallen 30% in April.

As with the global CO2 impact of the pandemic, the longer-term outlook for India’s emissions will be shaped, to a significant degree, by the government response to the crisis. This response is now starting to emerge – as set out below – and will have major long-term implications for India’s CO2 emissions and air quality trajectory.

As lower power demand growth and competition from renewables weakened the demand for thermal power generation throughout the past 12 months, the drop-off in March was enough to push generation growth below zero in the fiscal year ended March, the first time this has happened in three decades.

Over the preceding decade, thermal power generation grew by an average of 7.5% per year. As seen in the figure below, the dramatic drop-off in total power demand was entirely borne by coal-based generators, amplifying the impact on emissions.

The fall in total coal demand extends beyond the power sector and is evident in data on coal supply. In the fiscal year ending March, coal sales by the main coal producer Coal India Ltd fell by 4.3%, while coal imports increased 3.2%, implying that total coal deliveries fell by 2% and signaling the first year-on-year fall in consumption in two decades.

The trend steepened in March, with coal sales falling 10% while coal imports fell 27.5% in March, meaning that total deliveries of coal to end users fell by 15%, in line with the reduction in power generation.

In March, coal output increased 6.5% even as sales fell by a record amount. Also, during the full year, more coal was mined than sold, indicating that the reason for the drop was on the demand side.

Oil Demand: From Weak to Negative

Similar to electricity demand, oil consumption has been slowing down since early 2019. This is now compounded by the dramatic impact of the Covid-19 lockdown measures on transport oil consumption. During the national lockdown, oil consumption fell 18% on year in March 2020.

As a result of low demand due to the coronavirus outbreak and already slower demand growth earlier in the year, consumption during the fiscal grew at 0.2%, the slowest in at least 22 years. Natural gas consumption increased 5.5% in the first 11 months of the fiscal year, but is expected to fall by 15-20% during the lockdown.

Crude steel production dropped by 22.7% in March 2020 compared to the previous month and, cumulatively, the financial year 2019-20 saw a decline of 2.2% compared to last year, according to Ministry of Steel data.

CO2 Emissions Down 30% in April

Using the indicators above for coal, oil and gas consumption, we estimate that CO2 emissions fell by 30m tonnes of CO2 (MtCO2, 1.4%) in the fiscal year ending March, in what is likely to have been the first annual decline in four decades.

Furthermore, emissions fell by 15% year-on-year in March and by 30% in April. The April estimate is based on power-sector emissions estimated from daily generation data. This assumes oil consumption falls as much in April as in March, which is very likely to be conservative as the national lockdown is continuing until the end of the month, and gas consumption falls 15-20% as projected.

While the current crisis is having a significant impact on India’s CO2 emissions in the short term, it could also influence the longer-term trajectory of India’s energy use and emissions.

Although the situation is only beginning to unfold, three possible consequences are already emerging:

In each case, the crisis could act to catalyse, reinforce or accelerate the factors that have already been driving Indian policymaking in this area.

For example, the Indian government has already started talking about support for renewable energy as a part of the recovery, alongside similar statements by European leaders. One reason for this continued support is the fact that solar already offers far cheaper electricity than coal.

A recent auction secured 2,000 megawatts (MW) of new solar capacity at an average of 2.55-2.56 rupees per kilowatt hour (Rs/kWh, around per megawatt hour). This result came despite the auction being held during the lockdown amid a period of severe uncertainty over the future market and financial situation.

In contrast, the average cost of a unit of electricity from India’s biggest coal generator, the National Thermal Power Corporation (NTPC), stood at 3.38 Rs/kWh in the financial year 2018-19 (/MWh). This figure will likely keep moving upwards with every passing year due to inflation, increasing operational costs and with implementation of stricter emission standards.

Another example of Indian government support for the renewable industry came in early April when it stressed the “must-run” status of wind and solar projects and called on distribution companies to make timely payments to power generators.

The Ministry of New and Renewable Energy also extended the timelines for renewable energy projects to be completed for the period of the lockdown and the following 30 days. This will safeguard renewable energy developers from penalties arising due to delays from their committed schedules.

The ministry has also written to various states in recent weeks to give a “major push” to domestic renewable manufacturing capacity. Increased domestic supply will strengthen the renewable energy program by strengthening supply chains and political weight for the industry, as long as it does not give rise to excessive protectionism.

Over the past year, CO2 emissions as well as air pollution levels have declined. More recently, the sight of blue skies during the national lockdown across the country has created a sense of optimism among the public as well as policymakers that the air in India can be cleaned, if appropriate steps are taken.

Since many of the major sources of pollution – transport, power stations and industry – are also responsible for significant shares of the country’s CO2 output, any strengthening of air quality standards – or their implementation – would have knock-on effects on emissions.

The program also pointed out that India’s national ambient air quality standards (NAAQS), dating back to 2009, need revision. The standards are much weaker than the World Health Organization guidelines and there is more evidence of health impacts of air pollution being reported even at low concentrations of pollutants.

The recent experience of cleaner air and the drastic drop in pollution levels due to coronavirus lockdowns have started these conversations to strengthen the NAAQS among public, research institutes and civil society organizations. As a result, any return of India’s poor air quality and smog can be expected to trigger a stronger public response.

As demand for thermal power generation plummets, so too do the earnings of India’s electricity industry. In this way, the coronavirus crisis has brought the long-brewing financial woes of the country’s power sector to a head.

The Indian government is working to finalize an economic relief package for the sector, initially pegged at INR 70,000 crore (bn) and now reportedly worth INR 90,000 crore (bn).

The sector was already struggling before the coronavirus crisis, making it a major source of bad loans and financial distress.

The reasons behind the chronic financial losses of the power industry and dependence on government bailouts are easy enough to see. Discounted electricity tariffs are offered for agricultural and domestic consumers, with farmers even being provided with electricity for free, and losses covered from industrial and commercial consumers and state budgets. There are major losses in transmission and theft of power. Distribution companies have committed to purchasing excessive amounts of power as a part of a push to expand thermal power generation, leading to the country’s coal power overcapacity issue.

If the forthcoming government bailout allows these structural problems to persist then it could mean old coal power stations are able to continue operating, entrenching the country’s dependence on fossil-fired generation. On the other hand, the bailout could be conditioned on reforms and restructuring, facilitating the achievement of national clean-energy goals.

There are already calls for a green recovery package in India. These questions — re-invigorating the renewable energy program, mitigating the rebound of air pollution and addressing the structural problems of the thermal power sector — will be at the heart of determining the outcome.