India Is Taking the Climate Crisis Seriously for the ‘First Time’ 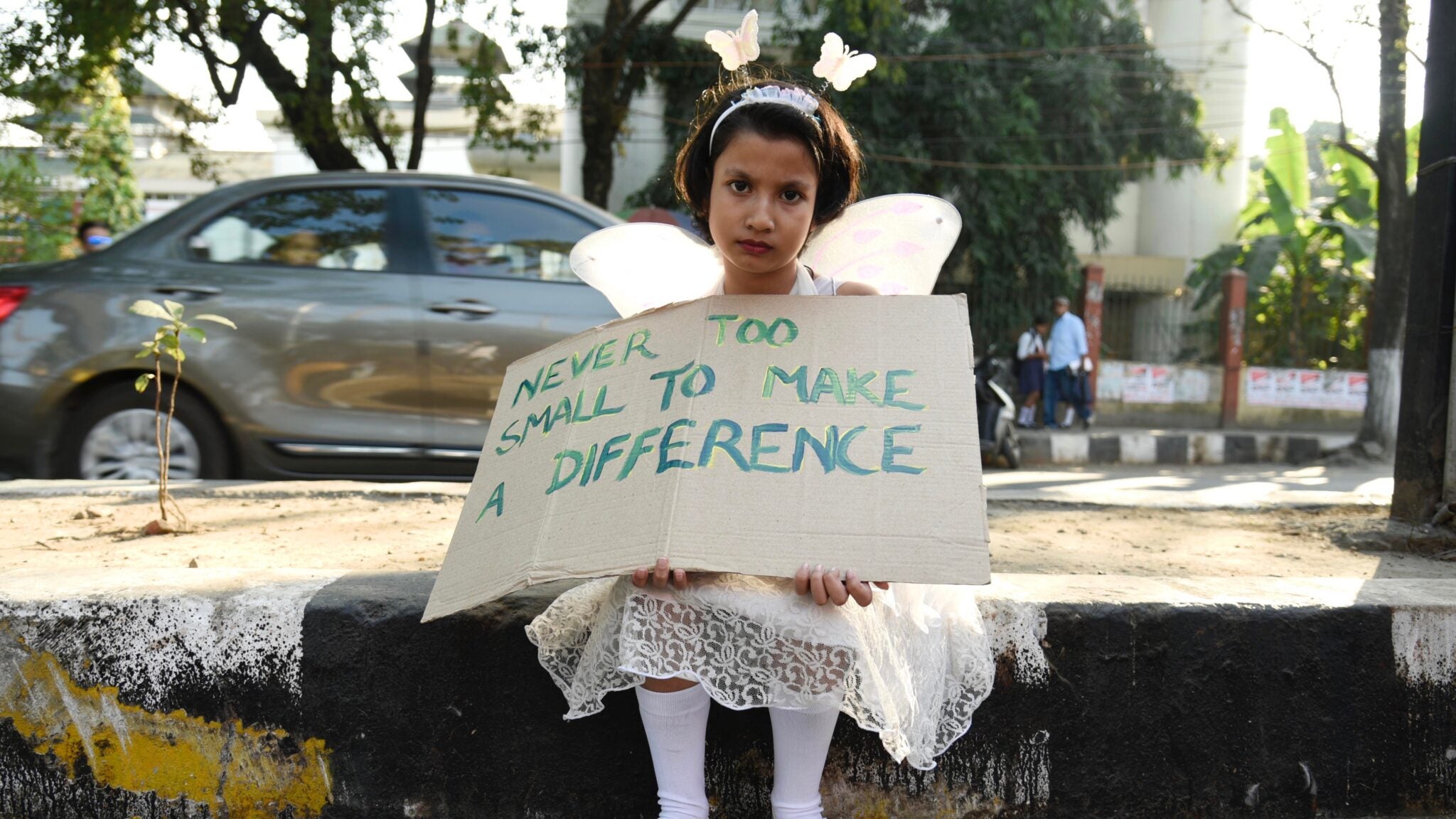 Students from various institutions take part in a protest in support of the global action against climate changes Friday for Future, in Guwahati, Assam, India on Friday, Nov. 29, 2019. Recently, more than 40 organizations in India have come together to co-operate on climate solutions. David Talukdar / NurPhoto / Getty Images

After decades of concentrating on economic development and insisting that global warming was mainly a problem for the more industrially-developed countries to solve, Indian industry is at last facing up to dangers posed to its own future by climate change.

More than 40 organizations — including major industrial corporations such as Tata, Godrej, Mahindra and Wipro through their various philanthropic organizations, plus academic thinktanks, business schools, aid agencies, and the government’s scientific advisers — have come together to co-operate on climate solutions.

Although there have been many individual initiatives in India on climate change, and there has been government support for renewables, particularly solar power, efforts so far have been fragmented.

State and national governments, individual departments, businesses, non-governmental organizations, and academics have all worked separately, and sometimes in opposition to each other.

The scale of the task facing India is underlined by the fact it has taken two years to get the ICC up and running. However, with India ranked fifth in the Global Climate Risk Index 2019 and facing one climate disaster after another — sometimes simultaneous extreme weather events — these organizations have agreed that the issue can no longer be ignored.

At the opening ceremony for the organization, Anand Mahindra, chairman of the Mahindra Group, said: “It is clear that the world cannot continue to pursue a business-as-usual approach, and nobody can solve the problem on their own. Business, government and philanthropy must collaborate within and among themselves themselves to drive results quickly and at scale. The India Climate Collaborative can make this happen.”

The ICC has identified three critical risk factors for India:

According to the India Philanthropy Report 2019, private funds in India, mostly raised through non-government philanthropy, provided about Rs 70,000 crore (.5 billion) in 2018 for the social sector, mostly focusing on key aspects such as health, education and agriculture.

However, only a small proportion was spent on climate change, and so the ICC aims to raise the current spending of about 7 percent to at least 20 percent.

Another hindrance to India’s many plans for adaptation or mitigation is the lack of capacity among government departments. Something as basic as preparing workable proposals for funding action is a tough task for many state governments.

The ICC plans to conduct technical training as “there are gaps to be filled to take care of the talent shortfall, and there is overall lack of capacity.”

One of the first training exercises is planned for state-level bureaucrats from Rajasthan, Madhya Pradesh, Chhattisgarh, Maharashtra, and in the western state of Rajasthan.

There is some concern that while the India government is represented on the ICC by Prof K. VijayRaghavan, its Principle Scientific Adviser, there is no representation from the Ministry of Environment, Forests & Climate Change (MoEFCC), which represents the country at the climate talks.

Critics claim that this is particularly worrying because the various government departments are already seen as not working together, or often working at cross-purposes.

There are also fears that there is lack of community involvement, particularly the farmers, who are the largest single group most affected by adverse weather conditions caused by climate change.

However, Shloka Nath, executive director of the ICC and head of Sustainability and Special Projects at the Tata Trust, says the ICC plans to work with the MoEFCC to reach representatives of civil society and bring them into the process.

“It is through them [the ministry] that we plan to reach out to the community,” she says. “The people will be very much involved.”

Despite these shortcomings, Chandra Bhushan, President and CEO of the International Forum for Environment, Sustainability and Technology (iFOREST), welcomes the idea. He says: “It is for the first time that Indian companies are understanding climate change and willing to invest in it.”