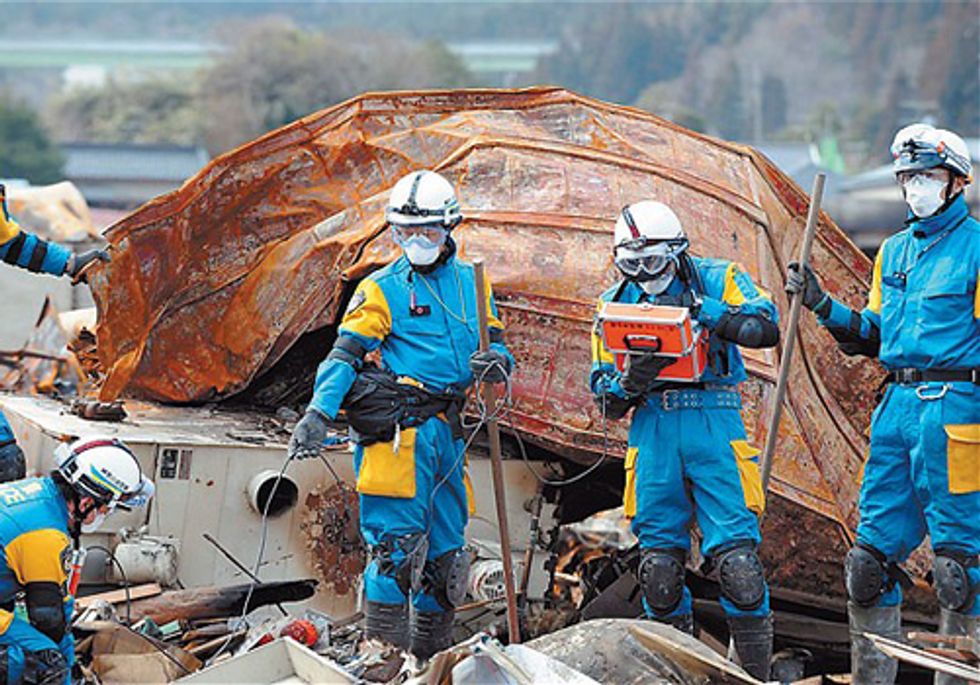 Nine months after the triple meltdown at the Fukushima Daiichi nuclear plant, Greenpeace renewed its demand Dec. 7 for urgent relocation of pregnant women and children living in contaminated areas of Fukushima City, Japan, after finding radioactive hot spots and signs that the official decontamination program is both uncoordinated and thoroughly inadequate.

Greenpeace's mapping of dose rates in Watari shows that people are at risk of being exposed to more than 10 times the 1 milliSievert per year international maximum for radiation doses. The Greenpeace radiation experts found that contamination levels in the Fukushima neighborhoods were comparable to areas designated as evacuation zones, such as Minamisoma. Despite this, authorities have decided only to decontaminate the Fukushima City communities, without giving the residents the right to relocate—including pregnant women and small children, who are at the most risk

"The people of Onami and Watari are facing clear risks to their health and must be given the right to relocate with full support," said Kazue Suzuki, Greenpeace Japan nuclear campaigner. "The government must not discriminate between residents in similar situations2. At very least pregnant women and children must be evacuated from risky areas until sufficient decontamination is completed."

Although official decontamination work has been underway in Onami for two months, only 35 houses out of 370 have reportedly been completed to date, with residents continually exposed to radiation as they wait. In the Watari area, no decontamination work has yet started, and official radiation monitoring is limited to just 1,038 houses out of 6,700. Worried residents wanting rapid decontamination are being left to do the work themselves without clear information about the risks or safety training—further threatening public health.

In August 2011, Greenpeace called on the authorities to urgently organize and deploy thousands of workers to decontaminate areas such as Fukushima City and Koriama, and presented new Prime Minister Yoshihiro Noda with a detailed list of technical demands3. However, these demands have not been met, and the situation for many Fukushima residents has clearly worsened since then.

"Radioactive waste is being buried on the same properties it is removed from, as there are still no proper waste storage sites, and decontamination work is spreading contamination rather than removing it4," said Ike Teuling, Greenpeace International radiation expert. "The situation is rapidly spinning out of control, and the Japanese government seems to have abandoned its responsibility to protect its population as it has left local authorities, who lack the necessary knowledge and equipment, to clean up this mess."

1. Hotspots measured at 10cm. The latest raw data and Google maps from this round of radiation monitoring are available by clicking here.

3. A Greenpeace letter to the Japanese national Government calling for stronger protective and decontamination measures is available by clicking here. For a detailed list of demands, click here.

Greenpeace is an independent global campaigning organization that acts to change attitudes and behavior, to protect and conserve the environment, and to promote peace.