Incinerating Trash is a Waste of Resources 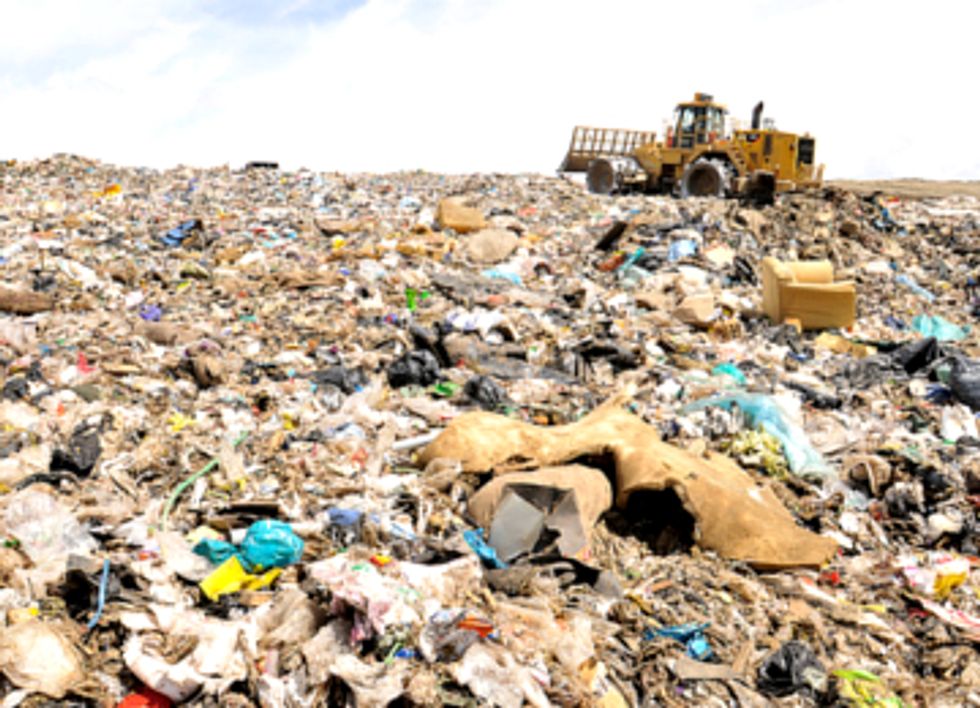 Many urban areas have built or are considering building waste-incineration facilities to generate energy. At first glance, it seems like a win-win. You get rid of “garbage” and acquire a new energy source with fuel that’s almost free. But it’s a problematic solution, and a complicated issue.

Metro Vancouver has a facility in Burnaby and is planning to build another, and Toronto is also looking at the technology, which has been used elsewhere in the region, with a plant in Brampton and another under construction in Clarington. The practice is especially popular in the European Union, where countries including Sweden and Germany now have to import waste to fuel their generators.

The Vancouver Landfill in Delta is where loads of bottom ash from Metro Vancouver's waste-to-energy plant end up. Photo credit: The Surrey Leader

The term “waste” is correct; there’s really no such thing as garbage. And that’s one problem with burning it for fuel. Even those who promote the technology would probably agree that the best ways to deal with waste are to reduce, reuse and recycle it. It’s astounding how much unnecessary trash we create, through excessive packaging, planned obsolescence, hyperconsumerism and lack of awareness. This is one area where individuals can make a difference, by refusing to buy over-packaged goods and encouraging companies to reduce packaging, and by curbing our desire to always have newer and shinier stuff.

We toss out lots of items that can be reused, repaired or altered for other purposes. As for recycling, we’ve made great strides, but we still send close to three-quarters of our household waste to the landfill. Considering each Canadian produces close to 1,000 kilograms of waste a year, that’s a lot of trash. Much of the material that ends up in landfills is usable, compostable or recyclable, including tonnes of plastics.

Turning unsorted and usable trash into a valuable fuel commodity means communities are less likely to choose to reduce, reuse and recycle it. Burning waste can seem easier and less expensive than sorting, diverting and recycling it, but once it’s burned, it can never be used for anything else—it’s gone.

Incinerating waste also comes with environmental problems. Although modern technologies reduce many air pollutants once associated with the process, burning plastics and other materials still creates emissions that can contain toxins such as mercury, dioxins and furans. As with burning fossil fuels, burning waste—much of which is plastics derived from fossil fuels —also produces carbon dioxide and nitrous oxide emissions that contribute to climate change.

Burning waste doesn’t make it disappear, either. Beyond the fly ash and pollutants released into the atmosphere, a great deal of toxic “bottom ash” is left over. Metro Vancouver says bottom ash from its Burnaby incinerator is about 17 percent the weight of the waste burned. That ash must be disposed of, usually in landfills. Metro testing has found high levels of the carcinogenic heavy metal cadmium in bottom ash, sometimes twice the limit allowed for landfills. High lead levels have also been reported.

Incineration is also expensive and inefficient. Once we start the practice, we come to rely on waste as a fuel commodity, and it’s tough to go back to more environmentally sound methods of dealing with it. As has been seen in Sweden and Germany, improving efforts to reduce, re-use and recycle can actually result in shortages of waste “fuel”!

It’s a complicated issue. We need to find ways to manage waste and to generate energy without relying on diminishing and increasingly expensive supplies of polluting fossil fuels. Sending trash to landfills is clearly not the best solution. But we have better options than landfills and incineration, starting with reducing the amount of waste we produce. Through education and regulation, we can reduce obvious sources and divert more compostable, recyclable and reusable materials away from the dump. It’s simply wasteful to incinerate it.

It would be far better to sort trash into organics, recyclables and products that require careful disposal. We could then divert these different streams to minimize our waste impacts and produce new commodities. Organics used in biomass energy systems could help offset fossil fuel use while creating valuable supplies of fertilizers. Diversion and recycling lessen the need to extract new resources and disrupt the environment while creating more value and jobs. That’s a win all around!