In Wake of Colorado Flooding, U.S. Reps Call for Hearing on Oil and Gas Spills 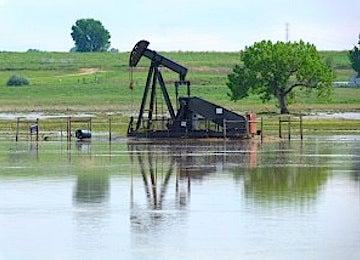 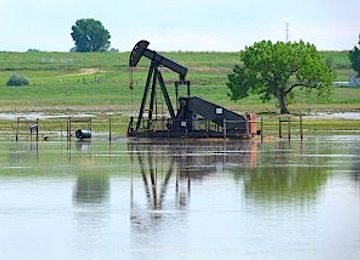 Two House Democrats, Rep. Polis (D-CO) and Rep. DeFazio (D-OR), have called on the House Natural Resources Committee to investigate numerous oil and gas spills during Colorado’s devastating floods in September. The hearing would call on members of the U.S. Environmental Protection Agency, the Colorado Oil and Gas Conservation Commission (COGCC) and local elected officials to share their assessments of the damage the flooding has caused—and may cause in the future.

In a letter to committee Chairman Doc Hastings, Polis and DeFazio wrote, “We are concerned that these spills and leaks may pose health risks to individuals who are already dealing with damage and destruction to their homes and property. As Congress continues to consider policies to expand domestic oil and gas production, we would benefit from learning more about how disasters like this can impact local communities, states and federal regulators.”

Despite efforts by oil and gas companies to minimize the damage, 14 leaks and spills have been documented in Colorado, according to reports by the National Response Center. Noble Energy reported a minimum of four spills totaling around 9,000 gallons. As of Wednesday, the COGCC counted a total of 1,027 barrels—or 43,134 gallons—spilled in the wake of the flooding.

Rep. Bush (D-CO) whose district includes Routt and Eagle counties, is concerned about potential short- and long-term health impacts the leaks and spills could have on afflicted communities. “Any oil or condensate has the BTEX [benzene, toluene, ethylbenzene, and xylene] component and many others,” she told Colorado Public News. “All of those are very contaminating in a water body in relatively small portions. I think it’s really important that we don’t minimize what’s in there, but at the same time that we don’t have a huge overreaction either.”

Democratic politicians and environmentalists in the state hope a congressional hearing will focus attention on the state’s lackluster regulation of industry.

“Because the oil and gas industry is extremely powerful in Colorado, they basically fight every regulation and control much of the state government to make sure they don’t have to do everything they can to protect the public’s health and the environment,” Gary Wockner of Clean Water Action.