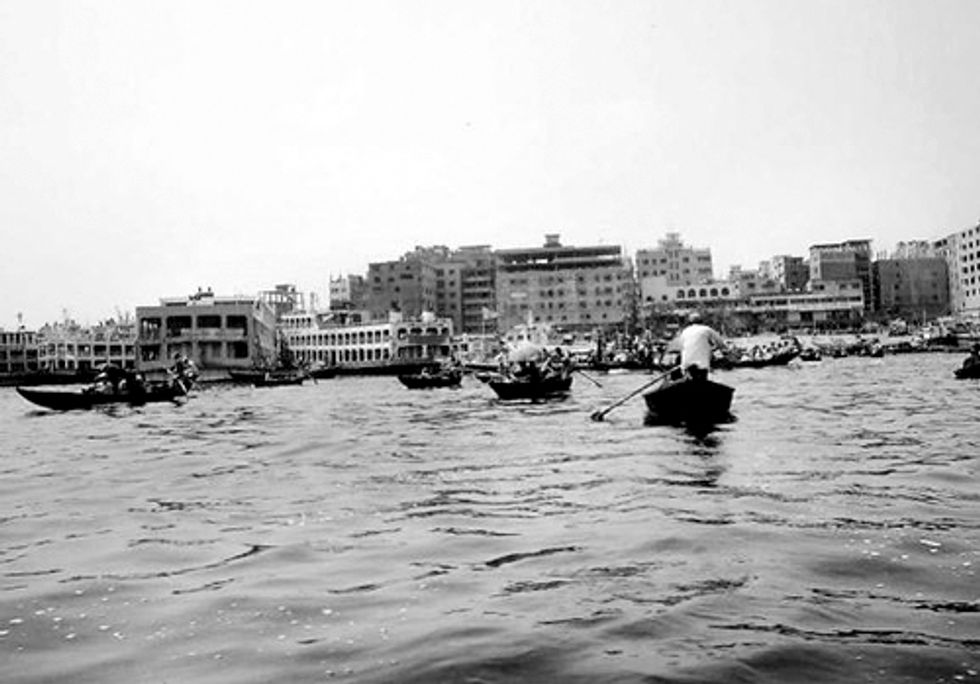 South Asians share a common historical lineage, of revering and desecrating their rivers with equal impunity at the same time. No wonder, major rivers across the sub-continent are at various stages of neglect. Add legacy of failed institutions to this neglect and you get an all-pervasive picture of environmental callousness, of which polluted rivers are a sad reflection. Though millions depend on them, water courses seem to be nobody’s responsibility.

Buriganga is one such river, lifeline for millions living along the western and southern boundaries of Dhaka. While the river bank has slums and high rises in equal number, it has any number of poor taking a dip with a lucky few trapping contaminated fish too. At any given time of the day, one can notice hundreds of boats ferrying men and materials along and across its length. One amongst these is a small motorboat carrying a distinct identity as Buriganga Riverkeeper.

“The plight of the river is no secret; putting it on course [for] correction is daunting,” says Buriganga Riverkeeper Sharif Jamil. During his year on the boat as a Waterkeeper, he has learned more things about the river than the number of years he has spent in the city since childhood. That the river has lost one-third of its flow due to siltation and encroachment has been shocking. If the trend continues, the future of the 18-km stretch of the river in the city may be at risk.

The Buriganga was once the last stretch of the Ganges before it merges with the Bay of Bengal. However, the umbilical link was severed once the river changed its course but was instead fed by the flow from another river the Turag. But it has continued to be known as Buriganga: ‘buri’ means old and ‘Ganga’ for the Ganges. It was more than 400 years ago that the Mughals established the city of Dhaka on its bank.

It is no breaking news that the river is the final resting ground for municipal waste. Some 10,000 cubic litres of partially treated sewage flows into the river and an estimated 4,500 tons of solid waste get dumped on its floodplains each day. Sharif quotes studies to show that the river bottom is much worse, layered with two meter depth of polythene bags only. And, the distinct hanging toilets along the river stretch add to its woes.

Though the river is under the jurisdiction of the Bangladesh Inland Water Transport Authority, woefully little has been done to enforce regulations for protecting the river from pollution and encroachment. “As a Waterkeeper, my primary role is to organize and sensitize stakeholders for holding the violators accountable for the destruction of the river,” says Sharif. The challenge gets compounded as often it is the law enforcement machinery that violates norms.

As a member of the global alliance of more than 200 Waterkeepers spread across 21 countries, Sharif draws inspiration from Waterkeeper Alliance's success stories from as far as Hudson and Kansas rivers in the U.S. As an environmental activist, Buriganga offers the perfect ground for Sharif to test his skills in multi-lateral negotiations and legal advocacy. Although he runs a private enterprise for his livelihood, river revival and restoration has been his passion.

Waterkeeper Alliance is an innovative initiative that aims to reconnect people with their water courses. Founded in 1999 by Robert F. Kennedy, Jr. it is a global movement of on-the-water advocates who patrol and protect more than 100,000 miles of rivers and coastlines across six continents. There are 20 Waterkeepers in China, Nepal, Bangladesh and India. Waterkeepers on the Ganges and the Yamuna have yet to cut a new ground, though.

Using an array of strategies, including tracking down polluters, engaging in courtroom advocacy for stronger enforcement of environmental laws, rallying community support at town gatherings and educating young people about their rights and their environment, Sharif has been able to stir the imagination of people against inept governance and numbing of public mindscapes. "At the end of the day it is for the people living along the water front to own the river," said Sharif.

Sharif has tasted the first blood of success. By sustained monitoring along the river, he has been able to raise question on the delineation of the flood plain of the river. To his utter surprise, it was found that the pillars meant for demarcating the flood plain boundary were located at many places within the flowing river itself. Backed up by civil society groups, the government has now been pressured to recognize the legitimate floodplain of the river by removing encroachments.

“The political economy of river desecration is distinctly multidimensional and well-entrenched in a country that ranks 144 on the Corruption Index,” says Sharif. Waterkeeper’s primary goal is to help generate a movement to restore the rights of the river. Only if the river flows freely, can its water be made drinkable, fishable and swimmable.

Sudhirendar Sharma is a writer with the Ecological Foundation.