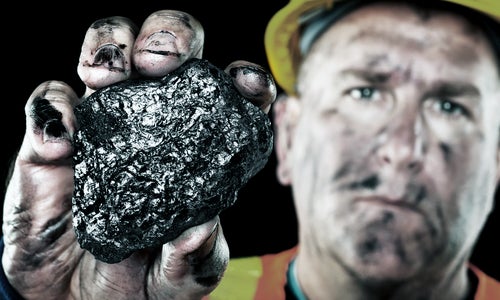 While coal mining families in West Virginia and across the country mourned the fourth anniversary of the tragic Upper Big Branch coal mine disaster last week, hailed by U.S. Attorney R. Booth Goodwin II as “a conspiracy to violate mine safety and health laws,” the Illinois state legislature rolled out the red carpet for Big Coal and voted to keep a notorious “coal education program” for schools that has been widely denounced by former coal miners and educators as inaccurate industry propaganda. 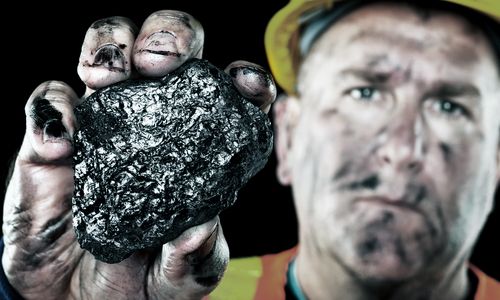 While the uncritical media reported that Illinois House members “bemoan the decline of the Illinois coal industry,” it’s a fact that Illinois is in the throes of an unprecedented and unmatched coal mining rush in the nation.

It’s really hard not to get jaded about the state of corrupt coal politics in Illinois.

Last week’s episode in the “coal education” fiasco, called out five years ago for unleashing dime-bag coal pushers into our classrooms, places Illinois into the shameless ranks of last decade’s Kansas board of education decision to teach creationism.

Here are some Orwellian coal nuggets for the Prairie State’s youngest minds:

While uninformed House members beat their chests and claimed, “the Elkhart mine is clean — sulfur is not emitted in any measurable amount,” whatever that odd comment means, the truth is:

Check your facts: Coal is dirty, deadly and costly.

While Democrats continue to pander to Big Coal contributors and hail the chimera of “clean coal,” even Peabody Energy admitted last fall that carbon capture and storage “clean coal” is “simply not commercially available.”

While House members waxed nostalgia about the coal industry, they never teach our kids the historical fact of African-American slavery in the mines, the century of mine disasters and death, or the reality that some of our most historic communities have been stripmined and destroyed.

And here’s the best lesson of all, kids: According to a state audit, Illinois has defiantly remained in violation of the law for failing to hire the required number of mine inspectors.

Oh well, at least the summer break is not too far away.

Perhaps instead of the state bankrolling a taxpayer slush fund for a Big Coal education conference in June, teachers might want to contact citizens groups in southern Illinois—or even visit the extraordinary movement by Rocky Branch farmers and residents to stop a devastating strip mine expansion in Saline County.