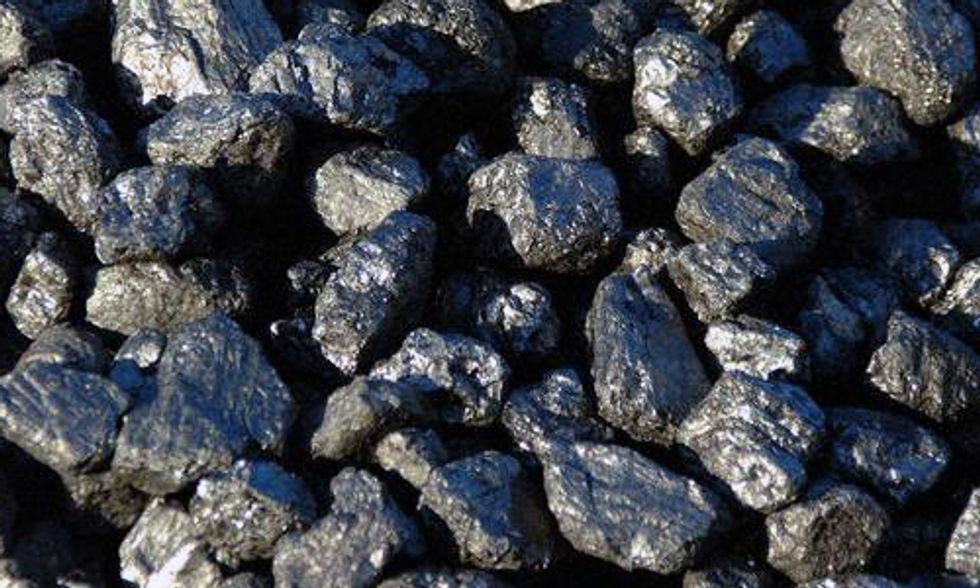 When besieged residents, already choked by toxic coal dust, face off with Peabody Energy officials on Feb. 18, in Harrisburg, at an Illinois Environmental Protection Agency (IEPA) hearing for a five-year strip mine expansion permit, more than 1,019 paltry acres will be at stake.

As President Lincoln once invoked in a moment of crisis, the courageous residents in the showdown at Cottage Grove are "our last best hope."

It's time to act anew and launch a Coalfields Regeneration Fund for southern Illinois—instead of throwing its residents to the whims of a boom and bust cycle of out-of-state coal companies.

For an electioneering Gov. Pat Quinn, Attorney General Lisa Madigan and federal environmental officials now under the spotlight in West Virginia coal disasters,Tuesday night's hearing will be a historic litmus test for anyone remotely concerned about civil rights, community rights and the spiraling water crisis from Illinois' reckless and dangerous coal rush.

But faced with losing their homes, farms, health—and sheer sanity—from the blasting, potential flooding and non-stop industrial war-zone traffic of coal operators within 300 feet of their living rooms—southern Illinois residents in Cottage Grove with deep coal mining roots are finally taking a stand for coalfield justice.

On one level, Tuesday's night IEPA hearing is meaningless charade of a corrupt and completely rigged mine permitting process—as an inept IEPA official declared at a similar strip mining hearing three years ago in Macomb, the Illinois Environmental Protection has NEVER rejected a strip mining permit, at least in his memory. In fact, the strip mine near Macomb, already under state investigation for 600-plus Clean Water Act violations, received its permit. And last month, after federal officials forced the Illinois Department of Natural Resources to halt illegal logging by Peabody, the state officials simply shrugged and told a local newspaper that the "violation, though it will now become part of the application review, is not expected to derail Peabody’s chances for a permit because it is taking corrective steps."

Ever since Peabody sank its first historic coal mine in nearby Williamson County in 1895, paying children and laborers 25 cents a box for hand-loading two thousand pounds of coal in deadly conditions, southern Illinois coal miners like my grandfather and family members have taken a fearless stand for coalfield justice, galvanizing the United Mine Workers and Progressive Mine Workers movements for a over century.

Just last year, retired Peabody and Patriot union mine workers were engaged in a long battle for their very lives, health care and pensions, seemingly lost to a shameless bankruptcy scheme. After months of protests, negotiations, and litigation, Peabody finally came to the table for a retirement health fund for coal miners who had given their lungs and lives to the region's mines.

Isn't it a disgrace enough that the state of Illinois remains in violation of the state law for a lack of mine safety inspectors, and state regulatory officials and politicians take contributions from the very coal companies they regulate—and at the same time, Illinois is giving millions of dollars of subsidies and charity hand-outs to out-of-state multinational corporations like Peabody Energy, which recorded more than $7 billion in revenues last year?

In fact, over the past few years, Peabody has already received an estimated $5.7 million in several state-funded welfare checks, including tax giveaways for its Cottage Grove strip mine:

Isn't it a disgrace enough that Illinois, unlike West Virginia, is greenlighting the injection of toxic and deadly coal slurry in abandoned mines, knowingly jeopardizing the watersheds of residents and farms?

Isn't it a disgrace enough that Illinois ranks at the top of a recent survey of the most spills and cases of contamination from toxic coal ash?

So do the courageous residents, farmers and retired coal miners, who will make history on Tuesday in Harrisburg, as they defend their lands and livelihoods—and our state—from a reckless strip mine.

Lincoln asked our country: "It is not 'can any of us imagine better?' but, 'can we all do better?' The dogmas of the quiet past, are inadequate to the stormy present. The occasion is piled high with difficulty, and we must rise—with the occasion. As our case is new, so we must think anew, and act anew. We must disenthrall ourselves, and then we shall save our country."

It's time to act anew and launch a Coalfields Regeneration Fund for southern Illinois—instead of throwing its residents to the whims of a boom and bust cycle of out-of-state coal companies.

Disenthrall yourself, Gov. Quinn, save Cottage Grove and its residents and waterways from this disaster.